You know what they say: You can pick your nose, you can pick your friends, and you can also pick the next three justices to sit on the Supreme Court. It's true — whomever is elected president will almost certainly change the makeup of the court. President Bush has swung the court firmly to the right by appointing John Roberts and Samuel Alito to replace William Rehnquist and legendary swing-vote Sandra Day O'Connor. Today that balance is less tenuous, with four conservative justices (add Clarence Thomas and Antonin Scalia), and the presumably impending departure of long-serving members Ruth Bader-Ginsburg, 75, and John Paul Stevens, 88. Both Stephen Breyer and Anthony Kennedy will be in their 70s when the next president is sworn in; so will Scalia, but Thomas will have only just turned 60 and Roberts and Alito will both be in their 50s. Whoever takes the White House may well be appointing multiple members to the highest bench in the land (that is, unless Bush gets any more kicks at the can). Either way, the makeup of the Court is likely to change significantly in the short term — with significant ramifications for the long term.

The Court has gotten little to no attention during this long campaign, but McCain's under-noted speech last week about the kind of nominees he'd appoint (ix-nay on "activist judges") has served as a reminder of what kind of "change" he'd represent. McCain was vague and didn't actually mention the word "Roe" but there seems to be little doubt about which way he'd swing that all-important pendulum. No one knows more about all this than Jeffrey Toobin, New Yorker/CNN legal analyst and bestselling author of The Nine: Inside the Secret World of the Supreme Court, so ETP asked him what he thought. 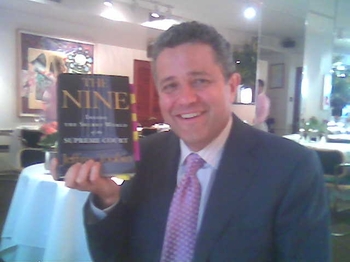 McCain's speech was VERY vague. Does he really know what he's talking about? Has he ever articulated a judicial philosophy - or awareness of one - before?

A little vague perhaps, but all the correct code words were in place, like attacking when a "court presumes to make law instead of apply it." That's an attack on Roe v. Wade.

Judicial appointment has been a non-event in this campaign. Why do you think that is?

In fairness, the nominating contests feature candidates who don't much disagree with each other about these issues. (Only Rudy was pro-choice.) It's hard to work up much of a fight between Obama and Clinton on these issues because they seem to see things pretty much the same way.

But more generally, this is a huge issue, as you rightly telegraphed in your bestselling book. (Plug!) Who has ignored it more, the media or the candidates? Or am I being unduly harsh here?

Both have pretty much ignored it, but I think there is at least a semi-legitimate reason. I expect to hear more about it when the race is joined between the parties.

Allow me to harp on this a bit, because this is the first time it has really come up with McCain. The press always mentions his war record, made him the presumptive leader on foreign policy, and noted his shortcomings on the economy -- yet no one has really seemed to examine what a McCain presidency would mean to the Court. It just doesn't come up, and I sort of find that surprising. Do you think the left has lost sight of the big picture, i.e. the long-term implications of who sits on the court? Even when Scalia went off last week, no one really jumped on it. Thoughts?

McCain is emphasizing the professional qualifications of Roberts and Alito, which were unassailable. He is speaking in generalities on judicial appointments because the public really isn't with him on the specifics — overturning Roe, outlawing affirmative action, speeding up executions.

Do you think there is any difference between who Clinton or Obama might appoint to the Supreme Court? Do we have a sense of their judicial philosophies beyond "liberal"?

I don't have a clear sense of their differences at this point. 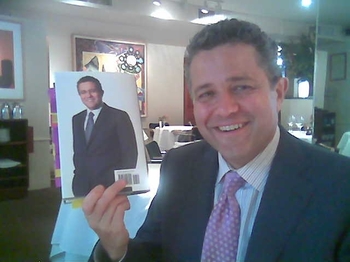 I found it surprising that the Casey endorsement of Obama carried the whiff of criticism to the Clintons for Bill's repudiation of his dad. Considering who his dad was, judicially, did you find that odd? .

I know the Casey family was very bitter about the 1992 convention. The Caseys understood that there was a major policy difference on the issue of abortion, but they felt that the old man was shabbily treated. Obama benefited from not being part of that. I don't think Senator Casey is under any illusion about Obama's view on choice, which is clear.

Let's say McCain is elected, and bench turnover ensues. How long would it take, in your expert opinion, for Roe to be overturned? I mean, surely there are people planning for this!

I don't think the current Court will overturn Roe. Since Kennedy wrote much of Casey in 1992, I don't think he will simply walk away from it. But it will not take long if there is another Republican appointee. A state will pass a total abortion ban, and it will be challenged. That case will maybe take a year to get to the Court — which will, I think, uphold such a law.

Alrighty then! Good thing everyone's paying attention. Final question: When you're sitting there for seven hours over primary night, what does CNN feed you?

There was barbecued chicken and corn on the cob on Tuesday night. Gloria Borger and I pointed out that these were maybe the messiest foods in the world and not a good thing to eat on our little table. Our colleagues responded by bringing us Subway sandwiches which were excellent and gratefully consumed.