The advent of the industrial revolution, mass production and large-scale manufacturing industries during the last two centuries has had a revolutionary effect on architecture. The fathers of modern architecture, such as Le Corbusier, Mies Van Der Rohe and Walter Gropius were inspired by the automobile factories and methods of the era; this gave birth to the computer as a design tool.

Parametric design is a method of intelligently designing architectural objects based on relationships and rules using the computer. These are defined in parametric software and are easily manipulated to quickly generate multiple iterations of the design in 3D. This month, I've selected 10 buildings that use parametric design either as a whole, or on part of the building. As you can see, the use of this tool has allowed for more complex free form shapes as well as multiple reactive yet repeating elements to be created.

Parametric design has been pioneered by architects such as Frank O. Gehry who begun to exploit digital technology originally developed for the automotive and airplane industry for architecture. Offering new ways of controlling form, parametric design allows architecture to react to its context, the environment and rules and regulations, enabling a completely digital workflow from design to manufacturing.

With the use of parametric software, architects are able to study relationships and incorporate basic aspects of the actual construction including material, manufacturing technologies and structural properties into the design process. It has allowed for architectural design to become an iterative, generative and reactive process rather than one of evolution; some argue that this is closer to nature, as D'Arcy Wentworth Thompson book On Growth and Form he argues, "an organism is so complex a thing, and growth so complex a phenomenon, that for growth to be so uniform and constant in all the parts as to keep the whole shape unchanged would indeed be an unlikely and an unusual circumstance. Rates vary, proportions change, and the whole configuration alters accordingly."

Such tools transform complex issues into rational, simple decisions. But this trend toward complexity leads to new design problems, requires a deeper understanding of geometry, mathematics and computer software; the architect mustn't forget that he must be a master of and control the tool, rather than the other way around.

Adel Zakout is CEO of the crowdsourced building database OpenBuildings.com and Founder of creative agency Despark.com 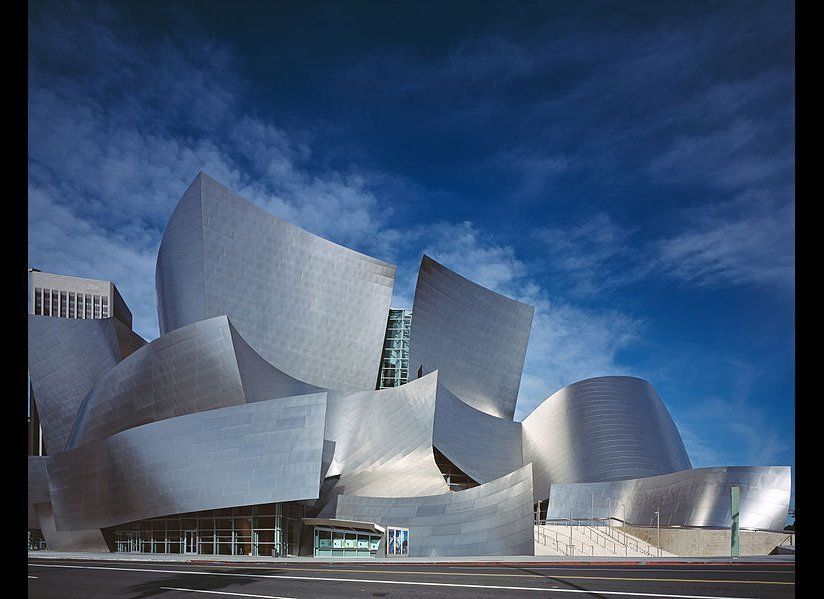 1 / 10
Walt Disney Concert Hall by Frank O. Gehry & Partners
Walt Disney Concert Hall by <a href="http://www.foga.com/" target="_hplink">Frank O. Gehry & Partners</a> in Los Angeles, USA is one of the most acoustically sophisticated concert halls in the world, shows the direction of curvature in the edge pattern of the metal facade sheets. For more information & images, <a href="http://www.openbuildings.com/buildings/walt-disney-concert-hall-profile-32.html" target="_hplink">CLICK HERE</a>. Image: Carol McKinney