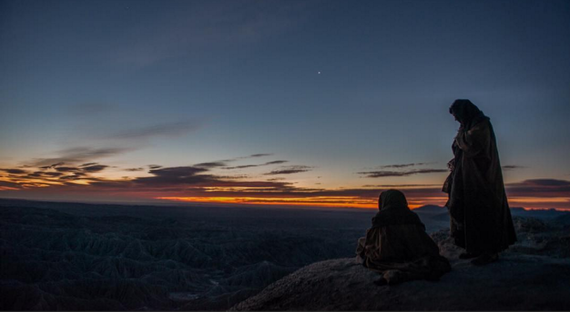 Writers are always in need of inspiration. It fuels them. It plants necessary seeds in their creative consciousnesses.

Since film and television are visual mediums, what better inspiration than following some of Hollywood’s best cinematographers on Instagram?

Photography can be used to implant imagery that writers need to cultivate their locations and worlds. It can also be used to conjure concepts for future projects, as most ideas often originate from images caught in a writer’s head.

If you’re writing a more character driven indie-type script, Reed’s images are something you should check out. She has worked on films like Frozen River, Kill Your Darlings, and The Skeleton Twins. She was also one of the youngest members of the American Society of Cinematographers when she joined in 2013.

She is well known for her use of capturing natural light as well, which complements character driven stories that you may be writing.

Rodrigo has shot some of the most celebrated films of the last fifteen years, including The Wolf of Wall Street, 8 Mile, Babel, Brokeback Mountain and Argo.

His images showcase a vast variety of inspirational imagery, much like the films that he’s worked on. You’ll find black and white pictures, international locations, architecture, scenic shots, and much, much more.

Rachel has proven to be one of the most productive cinematographers in the business today. She worked on the celebrated film Dope, as well as Fruitvale Station and Cake.

Road to Nowhere with @stacykranitz

Matthew has worked on some of the most beautifully shot films in recent memory. He has worked with visionary director Darren Aronofsky on such films as Pi, Requiem for a Dream, The Fountain, Black Swan, and the recent Noah.

He’s also a prolific cinematographer outside of Aronofsky’s realm with movies like Iron Man, Iron Man 2, and Straight Outta Compton.

His images range from personal moments, some amazing urban photos, black and white photography, and unique shots of people in moments of life that are often overlooked, yet visually stunning.

I feel the same way #heathrowairport

Phedon is a regular collaborator with filmmaker Alexander Payne on his films Nebraska, The Descendants, Sideways, and has worked on many other outstanding films like 3:10 to Yuma, The Ides of March, The Pursuit of Happyness, and Walk the Line.

The images he features on Instagram are often breathtaking -- beautiful landscapes, haunting character moments, amazing moments with his children as the featured subjects, etc. He even features on-set photos from some of his films, including a sad and now powerful image of the late Robin Williams, with whom he worked with on Patch Adams.

If we were to rank these top ten -- we will not -- Phedon’s account would be a contender for the top of the list for sure.

You can’t mention cinematography and not feature Emmanuel. He has won an unbelievable three straight Oscars in 2014, 2015, and 2016 for his work in Gravity, Birdman, and The Revenent -- the latter two directed by Alejandro G. Iñárritu.

Like his movies, his Instagram images are beyond beautiful, and sometimes even seem otherworldly. You’ll see on-set images from his films, as well as enthralling landscapes and intimate close-ups of a variety of different subjects.

He’s the cinematographer behind such beautifully shot films as City of God, Blindness, Man on Fire, and The Constant Gardener.

While he’s not a regular Instagram poster by any means, what he has shared are beautiful and interesting. Some of his best images explode with color while others are interesting perspectives of what he sees in life.

Ben is slowly becoming one of the go-to cinematographers in the indie and specialty industry. He shot the beautiful and haunting landscapes of Beasts of the Southern Wild, as well as indie hits like The Fault in Our Stars and Drinking Buddies.

His images focus primarily on landscapes, which look amazing through his lens, but he also has a wide variety of other visuals to enjoy, including some amazing urban wonders and photos that scream character.

Andrew is a cinematography veteran from Britain. He shot some of the 1990s most memorable films, including L.A. Story, The Bodyguard, The Madness of King George, The Crucible, Ever After, as well as many great films from the 2000s like Gosford Park, The Count of Monte Crisco, Sweet Home Alabama, Precious, The Perks of Being a Wallflower, Lee Daniels’ The Butler, and Effie Gray.

His Instagram images are equally noteworthy, with collections of photos that he’s found online and shared, behind-the-scenes captures from films that he’s work on, and some stunning originals of his own.

Rob has been in cinematography for years, however, his true breakout showcase came with his work on Ex Machina.

His images feature many, many outstanding landscapes, urbanscapes, and other originals. He also offers some on-set shots from Ex Machina and other films as well.

For more social media accounts that writers should follow, check out our ScreenCraft posts: