In 2006, I began publishing, on or near the winter solstice, an annual Integrator Top 10 list for the emerging field of integrative health and medicine. Together these chronicle nine years of policy and action in this popular movement. Links to past Top 10 lists are at the bottom of this posting. Here is the Coming of the Light Integrator Top 10 for Policy and Action in Integrative Health and Medicine for 2014. 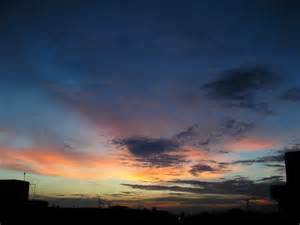 The Joint Commission accredits most hospitals, and thousands of outpatient settings. With a new pain guideline that goes into effect January 1, 2015, "non-pharmacologic" approaches such as acupuncture, chiropractic, massage and relaxation are now presented roughly on par with opioids and other pharmaceuticals -- which are themselves presented with a new warning sign. The change came via a remarkable campaign from the integrative health and medicine community led by Arya Nielsen, Ph.D., LAc, reported here. The step follows publication by a coalition of over 40 mainstream pain-related organizations of Never Only Opioids , written via a multidisciplinary task force in which Nielsen participated that urged the "imperative" for early use of integrative approaches and practitioners.

Just as putting the accent on integrative "medicine" aligns with a top-down, physician-centric paradigm, so integrative "health" is true to the values of the multidisciplinary era. Health is slowly being reeled toward the center of reform of what we have to date inappropriately called "health care." The NIH National Center for Complementary and Alternative Medicine changed its name to the National Center for Complementary and Integrative Health. The theme of health creation -- salutogenesis -- was the focus of a plenary at the Institute for Health Improvement by Don Berwick, M.D. and at Grantmakers in Health by Wayne Jonas, M.D. Even the American Hospital Association president is talking about "the tough transition from sick care to health care." Finally we begin to distinguish what is merely a medical industry from what is sick care and then to reserve the idea of a "health care system" for what is actually a system of health creation.

3. The Republican Win and Awful Losses of Political Power: Harkin, Mikulski and Sanders

It was one thing to learn that integrative medicine's powerful and stalwart federal policy champion Tom Harkin (D-Iowa) was resigning. Then came the Republican control of the U.S. Senate which removed from power Harkin's closest colleague on all things integrative, Barbara Mikulski (D-MD), the chair of the U.S. Senate Appropriations Committee, and Bernie Sanders (I-Vermont), the chair of the integrative-active Veterans Affairs. Federal policy in integrative health and medicine is going to be a different game with Senator Richard Shelby (R-AL) from a state with no integrative academic centers, and no licensing of acupuncturists and naturopathic doctors, at the U.S. Senate Appropriations Committee's spigot.

4. The Remarkable Integrative Path of the Cleveland Clinic

First there was the word last April from Time, the Wall Street Journal, Katie Couric and others that through a partnership with Crane Herbs the Cleveland Clinic was setting up a traditional Chinese medicine program -- a first of its kind in a major health care system. In September, Cleveland Clinic was again in the integrative health news with a partnership with the Institute for Functional Medicine and the indefatigable Mark Hyman, M.D. to set up a functional medicine program. Some view this as a tipping point. Cleveland Clinic CEO Toby Cosgrove, M.D. was more blase. He positioning the move as post-transitional: "not a departure for Cleveland Clinic, but a continuation of the innovative, holistic approach that we have embraced."

5. The Emergence of the Academy of Integrative Health and Medicine

The new Academy of Integrative Health and Medicine (AIHM, aka "The Academy") is making headway in its first year in aggregating a game-changing organization. In its first year, this interprofessional entity with global aspirations has not only brought into one fold two pioneering organizations from 1978 and 1997 created by integrative, holistic medical doctors. AIHM Is forming a policy partnership with the influential Integrative Healthcare Policy Consortium (IHPC) and has engaged an educational and potentially certification initiative with the Academic Consortium for Complementary and Alternative Health Care (ACCAHC). In October, AIHM convened representatives of over 50 organizations to explore where they might wish to co-create their future. The meeting led up to a first annual AIHM conference that drew over 800. Meantime, anchoring this embracing culture is the election to AIHM's still M.D.-dominant board of a naturopathic doctor, a chiropractic doctor, a licensed acupuncturist, two holistic nurses and leaders of both IHPC and ACCAHC. (Alignment of interest note: I am one of the latter.) This big, inclusive round table has been a long time coming.

7. Moves toward Unity and Maturation in the Massage Field

There are roughly 380,000 licensed so-called "CAM" (complementary and alternative medicine) practitioners. Of these, all but 110,000 are massage therapists. The field -- a schizoid trade/profession mix influenced by huge corporate players like the $1 billion Massage Envy -- has struggled with disunity. Earlier this year a half dozen organizations corralled by the Alliance for Massage Therapy Education and Commission on Massage Therapy Accreditation choose to jointly sponsor a July 2015 conference -- a remarkable collaboration between sometimes warring parties. In October, the National Certification Board for Therapeutic Massage and Bodywork, led by Leena Guptha, DO, MBA, announced that it is going to stick with certification and leave licensing to its former competitor, the Federation of State Massage Therapy Boards. Here's hoping that one outcome will be advanced certification for those massage therapists who wish to work in integrated environments.

Oncology, with its big dollars and brutal treatments, was for good reasons an early ground for exploration of the potential value of complementary and integrative approaches and practitioners. The Society for Integrative Oncology (SIO) has for years legitimized and stimulated awakening of scores of integrative programs across the nation, as former SIO board member Glenn Sabin documents in the list here. In 2014, under the leadership of president Heather Greenlee, ND, Ph.D., the SIO reached new influence. Its smartly "graded" practice guidelines for integrative care for patients with breast cancer were widely covered in the popular media. The guidelines were published as part of a 15-article monograph in the Journal of the National Cancer Institute developed via SIO's partnership with the Consortium of Academic Health Centers for Integrative Medicine. Another fine collaboration.

9. Show Me the Money: Project for Integrative Health and the Triple Aim

The most important among equals in progressive medicine's Triple Aim (better patient experience, enhance population health, lower per capita costs) is the latter: money. The new Project for Integrative Health and the Triple Aim (PIHTA) at the Center for Optimal Integration: Creating Health has aggregated the cost studies to provide leverage and guidance for decision makers. PIHTA caught the attention this year of the workforce arm of the Association of American Medical Colleges (poster, plenary), the interprofessional All Together Better Health (presentation, poster), and the patient-experience leader Beryl Institute (invitation to diverse collaborations) among others. Since I am involved in this initiative, I'll let another speak. Here is a member of the Integrative Medicine Advisory Group of the Oregon Health Authority: "It's kind of astounding the caliber of the resources available on the Center for Optimal Integration website, not just for practitioners but also for our Patient Centered Primary Health Homes and for the state." PIHTA's goal is to enable those seeking appropriate use of the values, practices and disciplines associated with integrative health and medicine in the Triple Aim era.

10. Coalition Forming to Promote Research and Practice on the Biofield

In April, big names in energy medicine met to explore creating a unified voice and platform for research and practice related to the most suspect of integrative forces to the Western scientific mind: the biofield. Deepak Chopra, Mimi Guarneri, Rauni King, Cassandra Vieten, and Wayne Jonas and a few others convened at the home of philanthropist Ruth Westreich. They represented, respectively, the Chopra Foundation, Miraglo Foundation (Guarneri/King), Institute of Noetic Sciences and Samueli Institute. The organizations then co-sponsored a September convening of 45 leading scientists. Paper contracted for the La Jolla event and a strategic plan will be published in 2015 in Global Advances in Health and Medicine. Shamini Jain, Ph.D., an organizer, is forwarding this collaboration -- with most of the original parties intact -- as the Consciousness and Healing Initiative. Will big names in one room attract big dollars to this under-funded arena? Right respect for subtle energies will be advanced by outspoken collaborations and coalitions.

Was something left out that should have been included? Let me know via johnweeks@theintegratorblog.com. Finally, I cannot close these reflections on 2014 without personal thanks to the over 150 friends and colleagues who offered written contributions for the Lifetime Achievement Living Tribute Award presented to me at the May 2014 banquet of the International Research Congress for Integrative Medicine and Health. A surprising, odd, and wonderful experience. Thanks to all of you with a hand in making it so.

Best to all for advancing health in medicine, and in those we serve, in 2015!