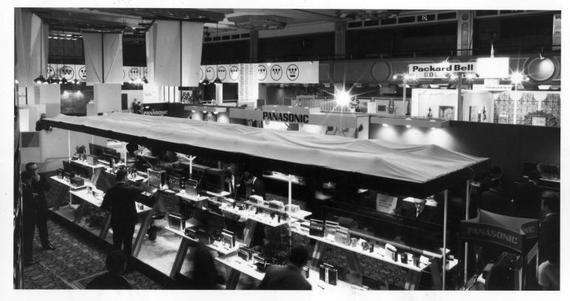 As the psychedelic swirls of Sgt. Pepper streamed from radio and hi-fi speakers in late June 1967, 15,000 manufacturers, distributors and retailers checked out 100 exhibits during the first Consumer Electronics Show (CES) at the Hilton and Americana (now Sheraton) hotels in New York City.

The 2017 edition of CES, which convenes this week in Las Vegas, marks the 50th anniversary of what has become the largest trade show in the country. More than 165,000 attendees will pour into Sin City, taxing the city's infrastructure and the patience of drivers, to visit more than 3,800 exhibits in multiple halls and hotels across the city. And what happens in Vegas this week will definitely not stay in Vegas, considering the swarm of media covering the show and the thousands of new gadgets about to be unveiled.

As part of the CES 50th anniversary commemoration, in my role as newly-minted historian for the Consumer Technology Association (CTA, the industry and lobbying group who produce CES), I've helped collect around three dozen historically significant gadgets for display, from 8-track, compact cassette and record players that Beatles' fans played Sgt. Pepper on, through the first cell phones, the first VHS VCR, the first GPS portable, the first DVR - well, a whole host of first gadgets.

If you'll be attending CES, come see the exhibit in the Venetian, Level 2, Ballroom E/F.

There really is no objective criteria one can use as a measuring stick to make these selections, except, maybe, for sales. But some important/impactful gadgets didn't sell particularly well at their genesis, and other gadgets are based on earlier products. I also differentiate impactful products from impactful technologies, and therefore didn't consider the first product in a new technology wave, such as the first of many CD or DVD players from a host of suppliers.

Given these considerations, here is my own Top 10 most important/impactful products of the last 50 years. Obviously feel free to disagree and discuss after you've perused my choices. 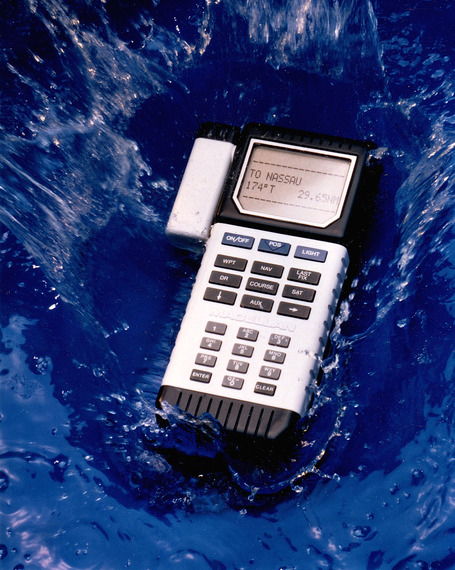 In the wake of the Challenger disaster on January 28, 1986, all GPS satellite launches stopped, stalling all commercial development on the system - except for one company. Magellan, founded four months after the shuttle explosion by entrepreneur and pilot Ed Tuck, who wanted a portable device to help him navigate to small airports, and two early GPS experts, Don Rae and Norm Hunt, went to work instead. In May 1989, the company started shipping this first-ever portable GPS receiver, more than three years before any competitors, which established a revolutionary way to get from Point A to Point B without having to fumble with maps or stop to ask directions. 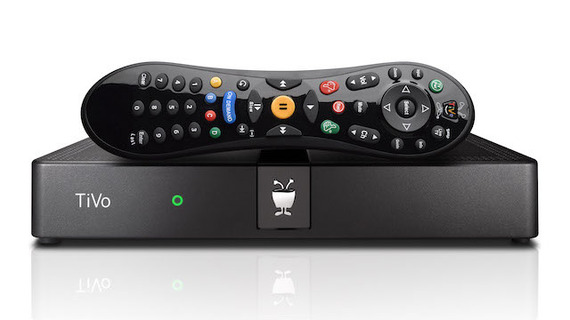 This first-ever DVR, invented by TiVo founders Michael Ramsay and Jim Barton, made it easy to archive and locate hours of recorded shows, pause live TV and "time shift" our TV viewing. While it would take five years, when cable companies started to incorporate DVR technology into their set-top boxes, to accelerate the demise of the VCR, it was this recorder that triggered the change of how we watched TV. 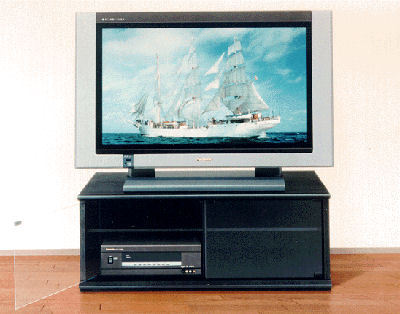 While the Fujitsu Plasmavision 42 ($13,999.99) was the first plasma flat panel display to go on sale, this Panasonic was the first large, wide, flat screen TV - in included an integrated tuner - that consumers could buy. At 3.5-inch thick it was a fat set by today's standards, its 852 x 480 resolution and composite video inputs was ultra high tech for the time, and its price was insane, even by today's standards. But it made fat tube TVs as anachronistic as black & white. 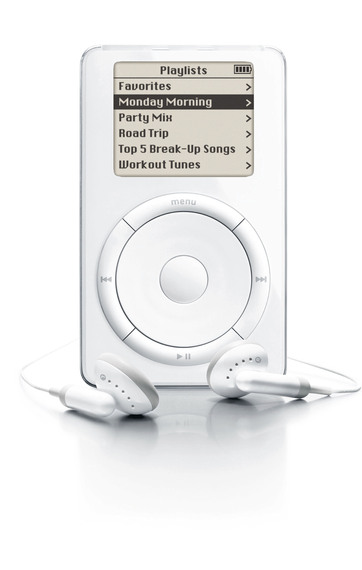 While the Diamond Rio PMP300, released three years earlier, was the first commercially successful MP3 player, Apple's iPod brought digital music to the mainstream, especially once Apple matched it with its online iTunes music store on April 28, 2003. This first iPod could hold 1,000 tracks in its 5GB memory, and could play for up to 10 hours. Before long, everyone was leaving their suddenly antiquated cassettes and CDs at home. 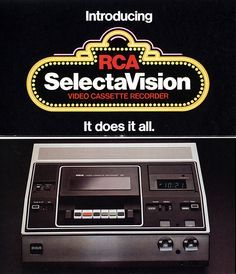 Sony introduced the first VCR, the Betamax, in February 1976, which established the whole notion of home video recording. Hollywood wasn't pleased and sued, but the U.S. Supreme Court narrowly decided we had the right to record TV shows. But the Betamax could only record for an hour. So RCA countered with this Matsushita-made VHS SelectaVision VCR, which could record for up to four hours, enough to record an entire football game, and triggered the establishment of the home video market. 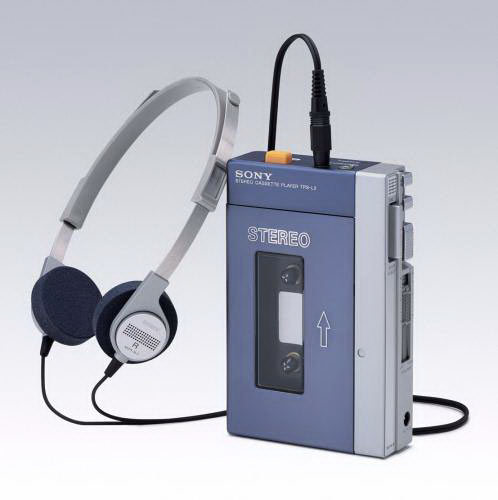 Listening to music was something we only did at home or in the car - until the Walkman. Imagined by Sony co-founder Masaru Ibuka and designed by engineer Nobutoshi Kihara, Walkman ushered in the age of personal and portable music listening, to let us listen while we walk, while we work, while we commute and while we exercise. All personal cassette players that followed were referred to as a "Walkman," regardless of manufacturer, much to Sony's chagrin, but the idea of portable audio changed how we find, buy and enjoy our music. 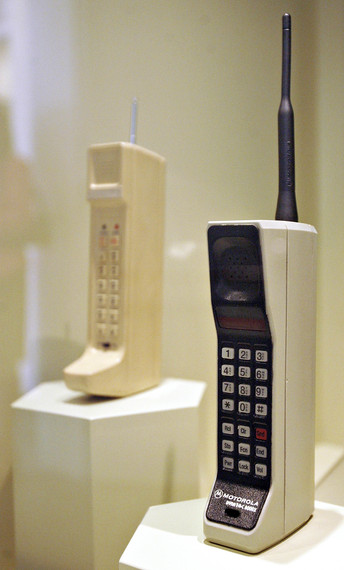 This first cellular phone was one of two hand-assembled working prototypes (the phone on the left in the photo), demonstrated by Motorola executives Martin Cooper and John Mitchell to an astonished media in the penthouse suite of the New York Hilton - the site of the first CES six years earlier. These DynaTACs were the culmination of a crash six-month project, meant to convince the FCC not to give AT&T a monopoly over the new cellular service. However, with no cellular network to connect to, the demo DynaTACs were also the first cordless phones. In either event, these prototypes led to the Motorola DynaTAC 8000x (right, in photo), the first commercially-available cellular phone which went on sale 11 years later, and triggered a communications revolution. 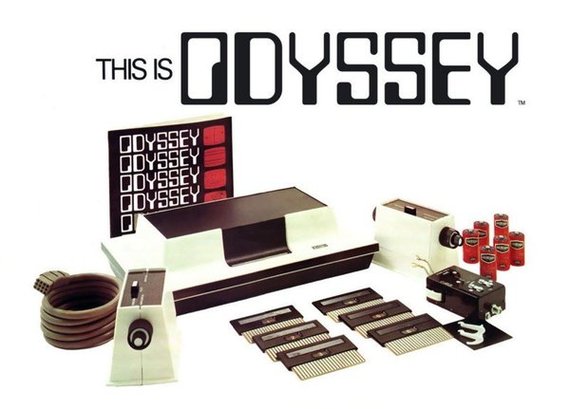 In 1966, Loral researcher Ralph Baer patented a ball-and-paddle game designed to be played on a home television, which he licensed to Philips' Magnavox, which then introduced the Odyssey, the first-ever videogame console. The Odyssey came with six video game cartridges, including Baer's original Tennis game, which Nolan Bushnell turned into Pong three years later, which included on-screen scoring. But it was the Odyssey that started what is now a multi-billion dollar industry that rivals Hollywood's revenues, a professional "eSports" league, and occupies way too many of our leisure hours. 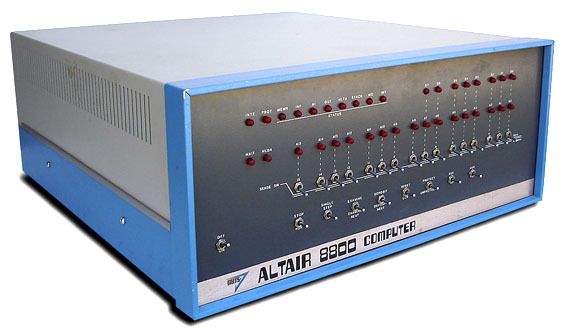 The home personal computer revolution began during the summer and fall of 1977 when, in succession, the Apple II, the Commodore PET 2001 and the Radio Shack TRS-800 were introduced. But none would have been developed without this breakthrough device. Featured on the cover of the January 1975 issue of Popular Electronics, the Altair 8800, invented by Ed Roberts, and manufactured by his Albuquerque, N.M., company, may have lacked a keyboard or screen, but it inspired a fertile hobbyist culture in the San Francisco area and the development of every PC that followed. 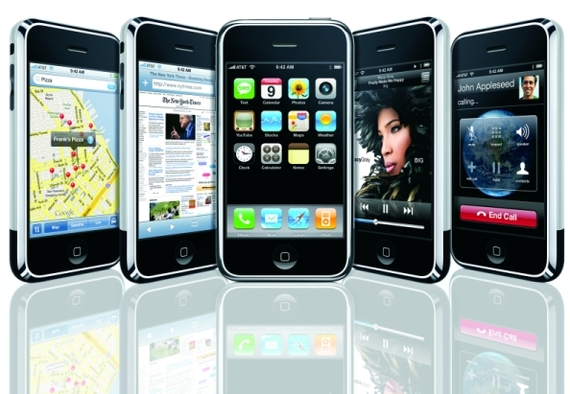 No, admittedly the iPhone was not the first smartphone - not even close. But the iPhone provided the basic form and function for every smartphone that followed, and today the smartphone is, by far, the best-selling gadget in the world, perhaps of all time. As noted by Steve Jobs in January 9, 2007, introduction at MacWorld, iPhone absorbed and integrated a host of the historic technologies documented here - portable music listening, video player, internet communicator, personal computer, portable navigation and, duh, cellular telephony - wrapped in an operating system designed from the ground-up for a touchscreen phone. iPhone's popularity not also ignited sales of all smartphones that followed and sparked the sale of billions of cases and accessories, but also birthed the billion-dollar app economy.