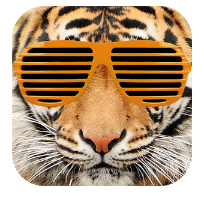 Crisis Text Line collects anonymous data to help tailor and refine its services and reports the following as the top 10 issues that teens raise when they contact the service. It's important to remember that the percentages here are of those who After School refers to Crisis Text Line because of signals that they are in distress. These do not represent the teenage population as a whole. After School says that it has referred over 70,000 students to date to text crisis counselors, including non-Crisis Text Line referrals from last year.

#10. Bereavement
This includes the loss of a loved one or peer. According to After School, this accounts for just under 1 percent of the chat received via the After School App.

#9. Self-Harm
This accounts for about 2 percent of the After School related referrals and includes all forms of self-injury, including cutting.

#8. Bullying
Just under 3 percent of conversations between After School users and crisis counselors are about bullying, according to After School and this includes, of course, cyber-bullying.

#7. Isolation
Over 3 pecent of crisis chats through the After School app feel isolated from others, including friends and family.

#6. Suicidal Thoughts
Four percent of the students referred to the text line by After School are dealing with "intentions or thoughts of suicide." Crisis Text Line counselors work with these young people to provide support during these critical times. After School says that many lives have been saved as a result of these interventions.

#5. Family Issues
Whether it's dealing with divorce, fighting with siblings or parents who may be abusive to themselves or others or just day-to-day annoyances, it's hard for any teen to escape "family issues." Over 5 percent of the Crisis Text Line chats from After School stem from family issues.

#4. Depression
According to the Mayo Clinic, "Teen depression is a serious mental health problem that causes a persistent feeling of sadness and loss of interest in activities." I Need a Lighthouse says that about one in five kids will experience depression before adulthood. 7.5 percent of After School's referrals to the Crisis Text Line where due depression.

#3. Stress and Anxiety
Approximately 8 percent of After School based messages result from teens' stress and anxiety. Causes include tests, college applications, relationships and family issues.

# 2. Issues Related to Friendships
There can be a lot of "drama" associated with teen friendships, which account for 9 percent of the issues raised by After School members on Crisis Text Line.

#1. Romance/Relationships
This is the big one and it probably comes as no surprise that nearly 20 percent of the After School related crisis chats deal with romantic relationships.

After Schools says that "the information provided through our partnership with Crisis Text Line has helped our team better understand what teens are going through in their lives, and where we and our partners can help." The company uses the information "and the millions of posts made by users in After School to form new partnerships with organizations including The Trevor Project, ConnectSafely, Youth Service America, and others."

Disclosure: Larry Magid is CEO of ConnectSafely.org, a non-profit Internet safety organization that receives contributions from After School.