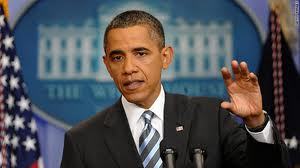 Having been a senior vice-president of mergers and acquisitions for the last 25 years and an astrologer for the past 35 years - I understand how business and government are influenced by the planets in the sky.

Both of these professional experiences compel me to write about a unique astrological event that began in 2008 and continues until 2015, called the "Cardinal Climax," (a term coined by the astrologer, Ray Merriman). This rare planetary event is the basis for many of these predictions.

"The Cardinal Climax is an unusual time in history when nearly all of the planets in the solar system (except Neptune) spend a considerable amount of time in cardinal signs (Aries, Cancer, Libra, and Capricorn)." Of special significance is the fact that Saturn, Uranus, Pluto, Jupiter and Mars make highly stressful and dangerous aspects to each other in 2014. Each time this planetary alignment has occurred, major upheaval has befallen our financial system, government and society.

Whether you're curious or skeptical, understand that Astrological Forecasting is based on comparing planetary cycles occurring today and looking back in history to the events that happened when those same planetary cycles were operating in the skies. What we discover is that history does seem to repeat itself.

The Cardinal Climax has occurred three times in U.S. history, 1761-1770, 1843-1851 and 1927-1934, and now in 2014-15. During these periods, we experienced severe economic downturns, debt crises and huge loss of personal wealth. These were horribly stressful times where economic depression occurred. People were disappointed, filled with anger and mistrust of their leaders. Political gridlock was the order of the day. One can only hope that the re-occurrence of this rare planetary event will not be nearly as disastrous.

What will determine whether this is a time of great calamity or one of great challenge? The answer is simple. It all depends on whether our leaders and lawmakers work together responsibly to find creative solutions for the many problems that exist; or whether they refuse to compromise, pursuing their own agendas ahead of the interests of the citizens of this country.

As I review my predictions with you, please keep in mind that Astrology is not fatalistic. The "stars incline - they do not compel." Our free will can always take the worst astrological aspects we face and use them for our benefit, growth, learning, and evolution. The choice is ours.

Each of the planets involved in the Cardinal Climax exert their own influence in the events that will be occurring this year. Here are my predictions as to how they will affect us 2014.

#1. President Obama: Scandal or Success? - President Obama's personal astrology suggests that he's at a crossroads in terms of his popularity and trustworthiness in eyes of the American public. As predicted, he was involved in a series of scandals in 2013 (i.e., revelations about a cover-up in Benghazi; IRS unfairness to groups opposed to him; dishonesty in the president's pledge that people could "keep their health plan if they liked it."). This has resulted in his lowest approval rating, with more than 50% of people disapproving of his job performance and believing him untrustworthy.

Neptune makes a very stressful aspect to his Moon and his Pluto through 2015, so his public image remains at risk. He's again likely to be involved in more "cover-ups" and scandals. However, because of a very favorable aspects from Jupiter to his Uranus, and Sun, (which brings luck, success and popularity) he can avoid these problems and regain public trust by being transparent and keeping his word.

In fact, he should experience a reversal of fortune in the public's view of him, starting in September. This is likely to translate in his party regaining control of the House and maintaining control in the Senate. But his success and good fortune will rest with whether he can re-gain trust and re-establish his credibility with the American public.

#2. Stock Market Crash - Based on political gridlock, bad economic data, mounting debt, and talk of an end to quantitative easing, expect a 20% - 30% decline in the USA Stock Market by April 2014 (with April the most likely month). The correction may begin as early as January 2014 and continue on into September-October until the mid-term elections occur.

#3. Expect Quantitative Easing to Continue - During the 1st Quarter, expect the new Fed Chair, Janet Yellin, to talk of tapering and the discontinuance of quantitative easing. However, based on disappointing economic data and a severe downturn in the stock market, the Fed will continue its accommodating monetary policies of low interest rates and QE in 2014.

#4. Housing & Real Estate - Here's great news for those of you wondering when is the best time to buy a home. Jupiter is in the sign of Cancer until July 2014. This is indicative of a continuation of the healthy recovery in the housing and real estate market that began in 2013. With the likely continuation of quantitative easing and low interest rates, you still have an excellent opportunity to buy a home at a favorable price. Best of all real estate will be in a strong uptrend with prices rising into the year 2020.

#5. Best Investment in 2014-15 - The grains market, consisting of corn, wheat, and soybeans will provide a tremendous opportunity for investors, who'll benefit from the Uranus-Pluto cycle occurring over the next two years. This cycle signifies potential damage to crops based on drought, severe weather and natural phenomena. This is same planetary cycle that occurred during the Great Depression between 1932-34, producing the "Dust Bowl" era in the 1930's where dust storms did tremendous damage to crops. After June, look for grain prices, especially corn and wheat to sharply rise in the summer-fall period and throughout 2014. Thanks to a plethora of "ETF" funds you can conveniently invest in these commodities, just as you would any common stock.

#6. Adoption of a New World Currency - Based on the debt, escalation of spending, default and bankruptcies - world currencies experience sudden reversals and large price swings this year. Leaders of these nations meet to reform banking and monetary policy and agree that a new world currency is needed to bring fiscal sanity to all countries.

#7. Gold - The precious metals prices have fallen victim to the more desirable investment in U.S. (and world) stock markets, which have benefited from a continuation of quantitative easing by the Fed. Metals prices may continue at their lows until July, when Jupiter enters the sign of LEO on July 16, which is bullish for Gold. With a continuation of debt, credit problems, and severe fluctuations in world currencies and general uncertainty, look for Gold to rally into the fall.

#8. Big Secrets Revealed - The Uranus-Pluto cycle we are in from 2012-2015 has already revealed many cover-ups and secrets. Uranus rules sudden revelations. Pluto rules secrets (both hiding and revealing them). This is the period where the act of "spying" is on steroids, whether it's nations spying on each other or their own citizens on the pretext of national security. If you recall, in 2013 the NSA was caught eavesdropping on German Chancellor Angela Merkel.

The nature of this Uranus-Pluto cycle is that behind the scenes - world leaders, politicians, corporations and powerful individuals are suppressing knowledge and information for their own benefit. They want to control events to their own advantage. With Pluto in sign of Capricorn expect more "big secrets" to be revealed, causing outrage, revolt and talk of impeachment.

#9. More Revolutions - The Uranus-Pluto cycle, (occurring from 2012-2015) is part of the Cardinal Climax, which has already produced violent revolutions and new governments in Egypt and Libya; and now civil war in Syria. Iran may be next! In 2014, we could see the people of Iran (and other similarly repressed countries), finally revolt and overthrow their current regime. Also, look for this cycle to bring a terrorist act or the outbreak of war (with April and December to be considered especially dangerous months.)

#10. Major Mid-Term Election Upsets - The Cardinal Climax brings the power struggles of the White House and Congress into center stage. Expect voters to have a "throw the bums out" mentality during the November elections, which will translate into huge losses for anyone seen as being an obstructionist or partisan politician. This will be bad news for the Tea Party members of Congress and "establishment" incumbents. The effects of Uranus (which brings revolt, sudden upset and surprise) and Pluto (which brings "power grabs," removal and termination) will result in many politicians being removed from office via the election process, impeachment or more underhanded means. Look for the emergence of independent candidates and the surprise of a large number of women winning their elections.

Summary: In 2014, we are heading toward the peak of the "Cardinal Climax." This year will be a time of reckoning. The ill-advised actions taken by leaders in government, banking and business over the past six years can result in an explosion of our financial system causing great pain and suffering for us all. Or, these leaders can work together, compromise, and find solutions to problems such as exploding levels of debt, high unemployment and health care for all citizens. It's their free choice to decide which path they take.

The good news is that after each Cardinal Climax, our country entered a new era where society was transformed, great economic growth and prosperity occurred, and everyone's life became better.

Happy New Year! If you want to know where your personal transits are -- to see if they are affecting you, go to the Free Transit Calculator and enter your birth date. You may find that the planets that make up the "Cardinal Climax": Jupiter, Saturn, Uranus and Pluto are bringing major events to your life right now.

Larry Schwimmer is an astrologer in private practice. www.AstroDecision.com

Read Larry Schwimmer's latest books, What the Hell is Going On in My Life? Using Your Birthdate to Find Answers About Relationships, Career, Money, Sex & Health;and How To Ask For A Raise Without Getting Fired - And 24 Other Techniques For Resolving Conflicts At Work & In Life; and Winning Your Next Promotion In One Year (Or Less!).

Larry Schwimmer is president of Astrodecision.com, a San Francisco-based consulting company. The firm uses planetary cycles analysis to counsel individual and corporate clients on picking the "best dates" to make successful decisions of all types: personal, marketing, financial, and political. The firm currently advises a diverse client base that includes politicians, presidents of major corporations and an MLB baseball team. Schwimmer is an internationally known business consultant, life coach and astrologer (with a Fortune 500 M&A background). Visit his website: www.astrodecision.com