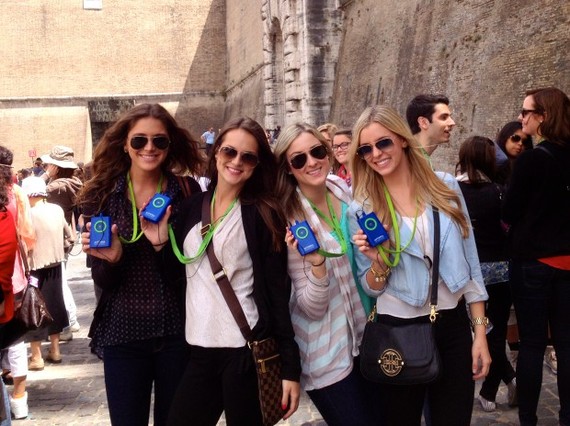 Your guide to avoiding the most common and overlooked slip-ups while spending a semester abroad.

The semester I lived in Europe was without a doubt the best time I've spent in college. While I had more fun than I could've ever anticipated, I also made my fair share of slip-ups. Everyone is bound to make a handful of rookie study abroad mistakes. However, these are the 10 you should try to avoid at all costs to ensure you have the most incredible experience possible. And if you've already studied abroad, hopefully you can look back and laugh when you realize you've made most of these yourself.

Not Staying In Youth Hostels.

If you've never traveled abroad, the idea of staying in a hostel might seem a little scary (thank you, horror movies). But in all seriousness, it's just the opposite. Not only will staying in hostels save you some major cash, but you'll also meet really interesting people from other countries. During my first youth hostel stay in Paris, my friend and I were the only two girls in this six-bed room with four guys. And to be honest, it was a blast! We ended up hanging out with our German and Australian roommates the entire weekend, and in turn we learned a lot about their cultures.

If your mission is to party until dawn at the hottest nightclubs, then by all means, rage on. However, I'm pretty sure most of us sign up to study abroad to see beautiful sights and immerse ourselves in different cultures. I'm not saying you shouldn't drink, but just use your best judgement and pace yourself or risk wasting a precious day in Europe lying in bed with a hangover instead of gallivanting alongside the Ponte Vecchio or Eiffel Tower. 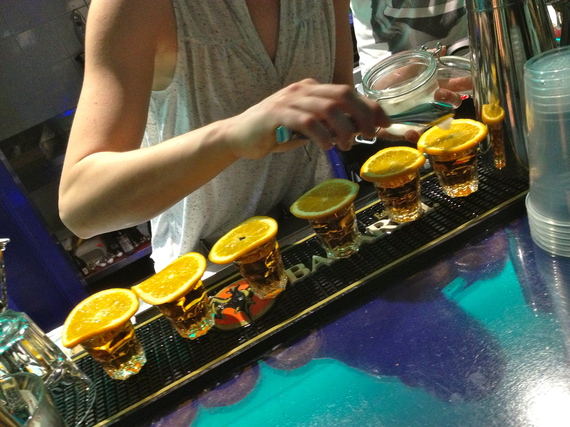 This might be a given, but trying to diet while spending a semester abroad is probably the worst form of self-torture one can endure. During my time in Italy I ate all of the pizza, pasta and gelato my heart desired. And trust me, I don't regret a single bite. Plus, the amount of miles I walked each day helped to burn off some of the extra calories. Despite stuffing my face, I actually lost a couple pounds when I returned to the states. Imagine that!

This may sound like a no-brainer, but it's easier than you think. After a long night of partying in Barcelona (reference #2), my friend and I pressed our snooze button a few too many times and had to rush to the airport. Upon entering, we realized we were at the wrong terminal and had to hop on a shuttle to the correct one. With less than an hour until our departure time, the airport personnel wouldn't let us even go through security. So, we had to pay for a new flight (ouch!) and waste four hours in the airport. Make sure to leave plenty of time to ensure you catch your plane, train or bus to avoid a major headache while abroad.

Showing Up With No Idea Where You're Going Or How To Use A Map.

Before you take off for a weekend trip, make sure you do your research. Plan out a few things you want to see and look up where they're located on a map. My friend and I learned this the hard way when we showed up to Amsterdam with no idea how their public transportation worked or how to interpret, let alone read Dutch for the life of us. Unless you want to be that frustrated foreigner staring blindly at a map, I'd suggest you do some much-needed googling before you leave.

Bonus tip: If you're ever seriously lost, duck in a free wifi spot, map out walking directions to your desired destination and take screenshots.

I'm going to be honest. RyanAir is basically the Spirit Airlines of Europe. And if you've ever flown Spirit, you know that's not a compliment. With that being said, RyanAir costs about half as much as other European airlines. Yes, you can always take a train or bus to and from your weekend destination, but that's going to add hours onto your travel time that you could spend sightseeing. For both efficiency and cost-effectiveness, choose RyanAir.

Not Splurging (At Least Once)

Whether it be taking that trip to Paris, trying the expensive restaurant you've heard raving reviews about, or buying the 100 percent Italian leather jacket you've been eyeing, everyone deserves to splurge on at least one thing during their study abroad experience. And trust me, you won't regret it. My leather jacket is probably one of my favorite pieces of clothing!

When studying abroad, most people avoid asking the locals questions because they're afraid they'll annoy them. In my experience, this definitely isn't the case... Unless you run up to them shouting, "English?!?" Even if you aren't fluent in their native language, a simple "scusi" or "ciao" to catch their attention goes a long way. Most locals are happy to point you in the right direction, help you find the correct train route, or recommended a good place to eat. Think about it this way; when someone visits your native state and asks for help, you're almost always willing to give it, right? The same concept applies abroad.

No matter how much your study abroad destination begins to feel like home, never forget that you're still in a foreign country and need to be aware of your surroundings. The moment you let your guard down is the moment you become vulnerable to pickpocketing and other dangerous situations. Aside from making sure your valuables aren't within easy reach, never separate yourself from the group. In other words, don't be the drunk wanderer.

I know wearing those audio players and walking around with a huge group looks awful, but I promise you'll miss out if you don't go on a guided tour in each new place you visit. Your study abroad program will most likely include a handful of scheduled tours. Take advantage of them! Weekend trips with companies include many tours as well. Yes, sometimes they seem to drag on. However, I probably would've missed half of the things my tour guides pointed out had I visited places like the Vatican and Coliseum myself and I definitely wouldn't have appreciated cities like Pompeii and Barcelona as much if didn't know about their history.

Regardless of whether or not you end up making these same mistakes, you're going to have the time of your life. Studying abroad is a huge learning experience and the blunders are part of what makes it so memorable. And while missing a flight or getting lost might seem like a big deal at the time, once you get home you'll probably forget it ever happened.