FRIENDS FROM FOUR continents planning visits to the U.S. have asked me what upcoming museum shows are likely to be must-sees. Here's my current list of these shows, which happen to feature an unusually strong selection of work by women:

The Museum of Modern Art presents a major retrospective devoted to the art of Lygia Clark (Brazilian, 1920-1988), the first comprehensive exhibition in North America of her work. Lygia Clark: The Abandonment of Art, 1948-1988 comprises nearly 300 works made between the late 1940s and her death in 1988. Drawn from public and private collections, including MoMA's own, this survey is organized around three key themes: abstraction, Neo-Concretism, and the "abandonment" of art. Each of these axes anchors a significant concept or a constellation of works that mark a definitive step in Clark's career. While Clark's legacy in Brazil is profound, this exhibition draws international attention to her work. 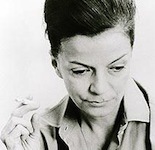 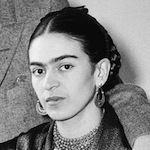 The Museum of Modern Art presents the first comprehensive retrospective of Sigmar Polke (German, 1941-2010), encompassing Polke's work across all mediums, including painting, photography, film, drawing, prints, and sculpture. Widely regarded as one of the most influential artists of the postwar generation, Polke possessed an irreverent wit that, coupled with his exceptional grasp of the properties of his materials, pushed him to experiment freely with the conventions of art and art history. Constantly searching, Polke studiously avoided any one signature style or medium; his method exemplified the definition of alibi, "in or at another place," which also suggests a deflection of blame. This exhibition places Polke's enormous skepticism of all social, political, and artistic traditions against German history and the country's transformation in the postwar period.

One of the most anticipated -- and controversial -- contemporary art exhibitions in the United States is the Whitney Biennial, which acts as the art world's Academy Awards. Says the Whitney's Chief Curator Donna DeSalvo "Together, the 103 participants offer one of the broadest and most diverse takes on art in the United States that the Whitney has offered in many years." This is the 77th in the Museum's ongoing series of Annuals and Biennials begun in 1932 by Gertrude Vanderbilt Whitney and will be the last one in their Madison Avenue building before moving to new quarters in Chelsea. Not to be missed.

Frida Kahlo is arguably one of the most famous artists in the world and her reputation and persona have grown immensely since her death in 1954. Yet posthumously she has been turned into a stereotype of Latin American art. This predicament, along with her celebrity status, often overshadows the confrontational and boldly transgressive nature of her paintings, and ultimately undermines the revolutionary intent of her work. At the time it was made, Kahlo's unabashedly intimate portrayal of her physical and psychological experiences and her appropriation of Mexican folk art aesthetics challenged the bourgeois European mainstream. Her work subverted accepted notions of gender, sexuality, social class, and ethnicity, and was prophetic in anticipating the broader cultural concerns--postcolonialism, feminism, civil rights, multiculturalism, and globalization--that would emerge in the 1960s and continue to be relevant today.

The New Museum will present the first solo exhibition at a U.S. museum devoted to British artist Chris Ofili since his 2005 show at the Studio Museum in Harlem. Spread out across the three main galleries of the museum, this show will span the artist's career and include some of his most influential works, like "The Holy Virgin Mary," which was central to the controversy surrounding the 1997 "Sensation" exhibition at the Brooklyn Museum, because the work incorporated resin-covered lumps of elephant dung. 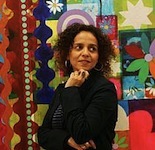 The first major U.S. retrospective on Brazilian artist Beatriz Milhazes (b. 1960), the exhibition will feature the artist's large-scale abstract paintings inspired by Brazilian and European Modernism, Baroque forms, popular culture, and the decorations of Carnival. During the early 1990s, the artist developed an unusual painting technique, in which she adhered separate images executed in acrylic paint-- such as flowers, arabesques, lace patterns or peace signs-- onto canvases in a style that references collage, graffiti, and plastic decals. This practice results in richly textured surfaces that appear prematurely aged. The exhibition will include works produced over the last 25 years of the artist's career and examine their evolution from softer, more decorative forms to harder-edged abstraction.

This exhibition features a selection of Soundsuits--Nick Cave's wearable sculptures--as well as new developments in the artist's recent work. Nick Cave first gained widespread recognition for his "Soundsuits": full-body outfits crafted from discarded objects found in antique shops and flea markets. Part sculpture, part costume, the complex, kaleidoscopically colorful works of art can be displayed as objects, and also often feature in solo and group movement performances. They are the kind of artistic hybrids that could only be created by an artist such as Cave, who trained as a dancer through the Alvin Ailey American Dance Theater and now directs the fashion graduate program at the School of the Art Institute of Chicago.

Spawning from a tradition of theater, film, music and literature, Kjartansson will present a durational performance and video piece titled Take Me Here By The Dishwasher--Memorial for a Marriage. Ten guitarists will continuously play a live soundtrack for the entirety of the exhibition.

David Bowie Is presents the first international retrospective of the extraordinary career of David Bowie--one of the most pioneering and influential performers of our time. More than 300 objects, including handwritten lyrics, original costumes, photography, set designs, album artwork, and rare performance material from the past five decades are brought together from the David Bowie Archive for the first time. The exhibition demonstrates how Bowie's work has both influenced and been influenced by wider movements in art, design, theater, and contemporary culture and focuses on his creative processes, shifting style, and collaborative work with diverse designers in the fields of fashion, sound, graphics, theatre, and film. The exhibition's multimedia design introduces advanced sound technology by Sennheiser, original animations, and video installations to create an immersive journey through Bowie's artistic life.

This exhibition was organized by the Victoria and Albert Museum, London.

The exhibition examines football and its significance in societies around the world. As a subject, football touches on issues of nationalism and identity, globalism and mass spectacle, as well as the common human experience shared by spectators from many cultures. Celebrating the sport on the eve of the 2014 World Cup in Brazil, the exhibition includes approximately thirty artists from around the world, working in video, photography, painting and sculpture.

Additionally, let me mention two superb exhibitions that have already opened or are now traveling to second venues:

"Mike Kelley" is the largest exhibition of the artist's work to-date and the first comprehensive survey since 1993. Widely regarded as one of the most influential artists of our time, Mike Kelley (1954-2012) created a protean body of deeply innovative work, which mined American popular culture, modernism and alternative traditions alike for purposes of a relentless, dark and delirious examination of self and society. This extensive overview brings together over 200 works from the mid-1970s until 2012 at the Geffen Contemporary at MOCA.

Paintings, photographs, and works on paper comprise the most comprehensive examination of Christopher Wool's career to date.