Going wine tasting is a charming way to spend a day or a weekend. It is so enjoyable, in fact, that wine tasting has become a vacation in itself. Wine tourism has increased in the past 10 years and many wineries around the globe now provide exquisite tasting rooms with scenic vineyard views, wine tasting dinners, and tours of the vineyards and cellars. An oeno-experience, one might say.

And wine is a beautiful thing. It is a perfect complement to a meal, and a great way to unwind after a day of sightseeing. Imagine lingering over a glass while watching the sun dip below rolling hills of vineyards. Now imagine doing it every day for a week or longer. Wine regions like Napa and Sonoma counties in California and Bordeaux and Burgundy in France are well-known tasting destinations. More recently, however, areas around the States, South Africa, Canada and Australia have come into their own as wine tasting destinations. That being said, check out our list of the Top 10 Wine Destinations Around the World. 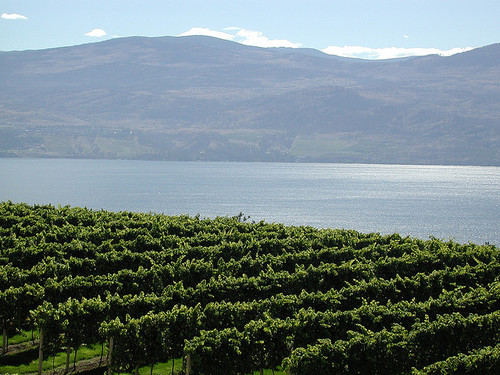 From the Canada/U.S. border, Highway 97 winds its way north from the summer vacation hotspot of Osoyoos, through the region's viticulture center in Penticton, and past the mountain-framed shores of Okanagan Lake to Vernon. More than 60 grape varietals are grown here, including Merlot, Cabernet Franc, Pinot Noir, Riesling, Pinot Gris, Chardonnay, as well as a variety of fruit wines. Okanagan wines are truly exceptional, and Penticton is an excellent place to start a tasting tour of the more than 100 wineries in the region.

Bordeaux is one of the most respected wine producing regions in the world, producing everything from delicious table wines to some of the world's most expensive and prestigious bottles. You'll need to head out of this elegant town with its Gothic churches and 18-century mansion for tastings, but you'll be rewarded with wines from the verdant vineyards of such fine chateaus as St-Emilion, Graves, and Médoc. Tasting rooms are exquisite, as are the grand estates which hold them. You can indulge in some of the country's finest cuisine here, as well. Try a Bordeaux wine tour to get a "taste" of the region. 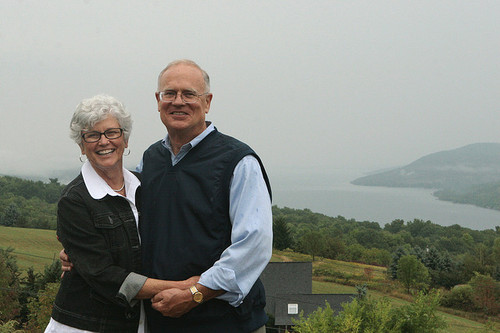 New York's largest producing wine region, the Finger Lakes has more than 100 wineries dotting the panoramic hills around the lakes. Tasting rooms and tours abound, and you'll be able to sample such varietals as Chardonnay, Pinot Noir, Vidal Blank, and Riesling. Start your tour of the region with a stop at the New York Wine & Culinary Center, which offers wine tastings and information on the region. Two popular wine routes to check out are the Cayuga Wine Trail and the Seneca Wine Trail. Both showcase the region's finest wineries. Explore this region's wine scene with these New York wine tours. 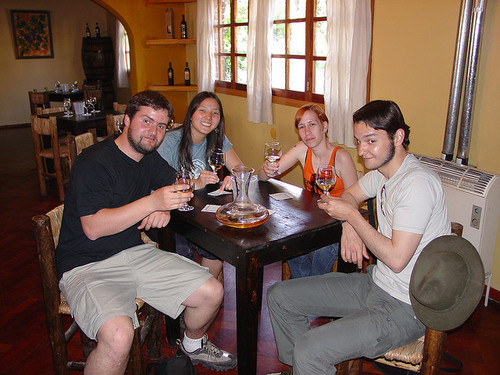 In recent years, Argentina has established itself as top wine-producing region, known for its exceptional Malbec, as well as decent Cabernet Sauvignon and Syrah. Many wineries in Mendoza offer tastings, tasting dinners, and tours; however, you must book in advance, as nearly all the wineries require reservations. For the spontaneous wine taster, visit Vines of Mendoza off the main square for information, reservations, and tastings. For a great introduction, try our half-day wine tasting tour of Mendoza. 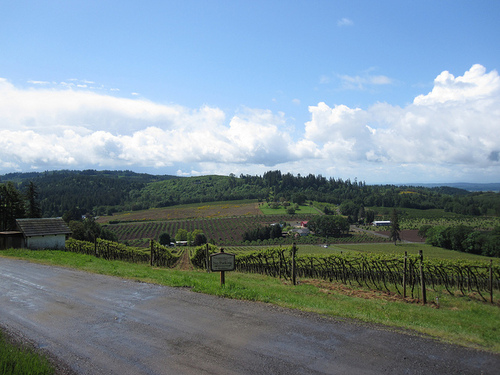 More than 200 large and small wineries populate this fertile region, which runs south from Portland along Highway 99. Much more down to earth than its California neighbor, the Willamette Valley grows mostly cooler-climate varietals, similar to those produced in Alsace and Burgundy. The region is best known for its outstanding Pinot Noir, but you'll also taste some flavorful Gewürztraminer, Pinot Gris, and Riesling. Many of the wineries have picnic tables, so pack a picnic basket and pick up a bottle of wine and enjoy a picnic with Cascade Mountain views. 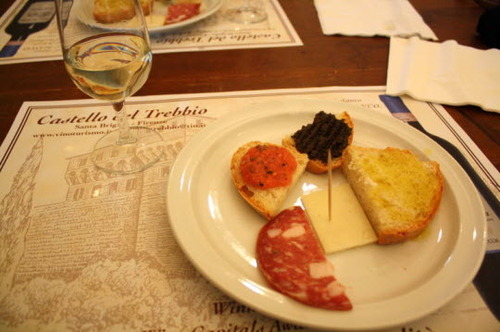 Ah Tuscany! Chianti is the first word that comes to mind, the ever-pleasing red wine that pairs so perfectly with meats and pastas. Amid the gently sloping hills of Tuscany, filled with medieval houses and castles, are acres of grape vines with wineries open for tours and tastings. This is Old World wine culture at its finest; wine-makers still crush the grapes with their feet here, and wine is stored in long, vaulted basement cellars carved right out of the rock. 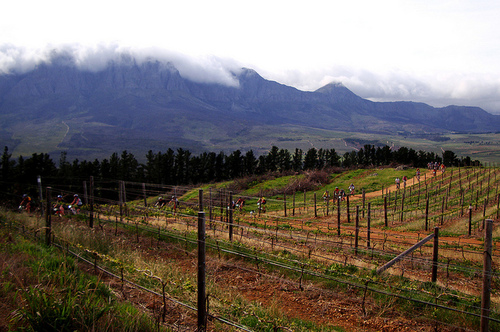 Just outside of Cape Town is South Africa's world-renown Cape Winelands, where fertile soil and a moderate climate enables growers to produce fine Sauvignon Blanc, Chardonnay, Cabernet Sauvignon, Shiraz, and Pinot Noir. South African wines have grown in popularity over the last decades, and the region is well-prepared for a wine-tasting holiday. Visit Groot Constantia, one of the most famous and oldest wine farms in the region; the wines here are stellar, and the views are breathtaking. Other wine routes to visit are Stellenbosch, Paarl, and Franschhoek. Try a wine tour in a chauffered sidecar! 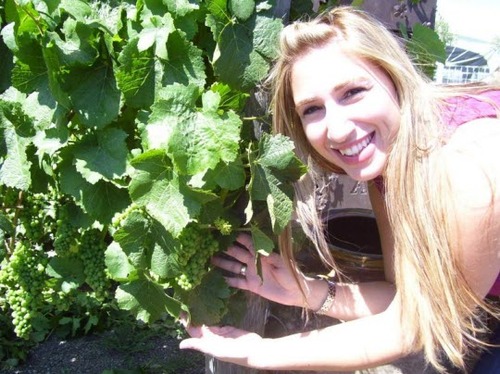 Napa Valley has long been the most popular wine tasting region in the United States, drawing more than 4 million visitors each year. The region's world-class wines garner international praise, and most of its more than 450 wineries are open for tastings. The region produces a variety of wines including Cabernet Sauvignon, Merlot, Cabernet Franc, Pinot Noir, Zinfandel, Chardonnay, and Sauvignon Blanc. You'll also find charming towns, superb restaurants, hotels, spas, wine tours, and plenty of outdoor activities.

Next to Napa Valley is Sonoma, the second most popular region in the United States, producing a bounty of similar grapes that are grown in Napa. Like Napa, you'll find hundreds of wineries open for tastings, and quaint little towns with wine bars, restaurants, and boutique hotels. Taste and tour as much as you like with Napa Valley 2-day Explorer Pass. 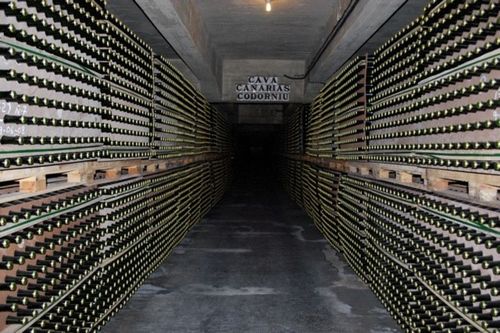 Bordering the Mediterranean Sea, cosmopolitan Barcelona teems with gastronomic discoveries, among its blend of Gothic and modern architecture. The city is also the capital of Catalonia, a region not only famous for its Catalan cuisine but also for its dry white wines, meaty and ruby reds, and sparkling Cava. Garnacha and Tempranillo grapes dominate the reds, Macabeo and Parellada for whites. Nine different regions make up Catalonia, and you can arrange a wine or cava tour from Barcelona to discover some of the region's finest wineries. 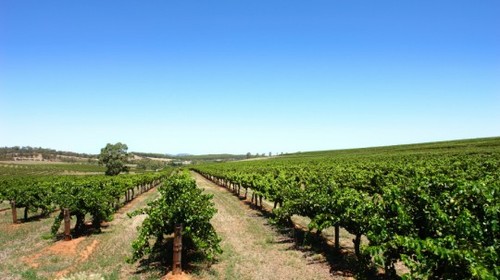 An hour outside of Melbourne, the Yarra Valley is rolling landscape filled with cute villages, crafts shops, restaurants, and a lot of wineries. Chardonnay, Pinot Noir, and Syrah are the main varietals here, but the area is also known for its classic sparkling wines. Tasting rooms abound, and you can also partake in some the region's finest restaurants and accommodations. The major towns in the region are Yarra Glen, Healesville, and Warburton. In between tasting stops, you'll be rewarded with fantastic scenery.