Summer is winding down, which means only one thing. Fall Foliage season is close at hand. One of my favorite places to revel in the fiery colors of autumn is central New Hampshire's Lake Region: Lake Winnipesaukee (favored by Mitt Romney) and the relatively tranquil Squam Lake (favored by me) in particular. Squam is so restorative in fact, it stood in for the fictitious Golden Pond in the Fonda Father/Daughter movie, On Golden Pond. Get out on the lakes, hike above them for the best views, learn about the region's history, and even discover some really oddball artifacts. Start with this list and find your own. 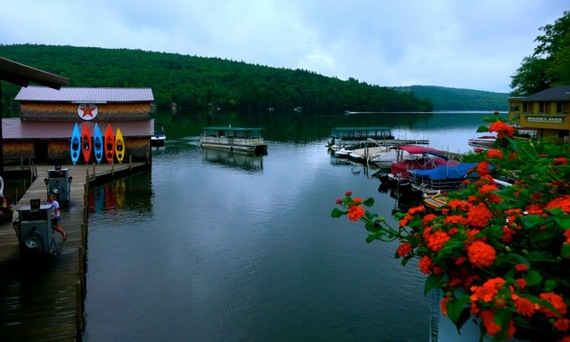 As usual, The GetawayMavens.com cover New Hampshire's Lake Region in more detail. Check out the site for more Offbeat Escapes in the Northeast as well. 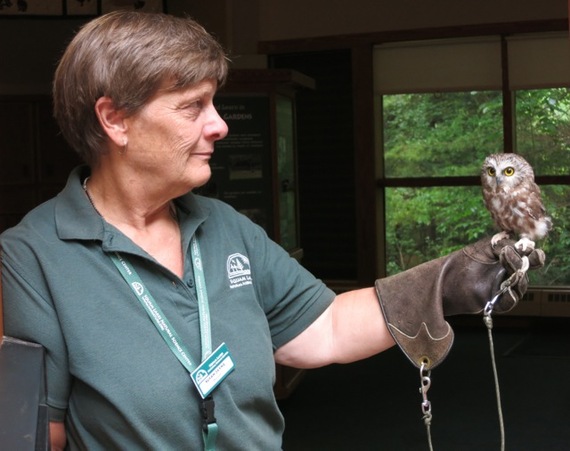 1. Encounter bobcats, fox, mountain lions, owls and many more indigenous animals at the Squam Lakes Natural Science Center, Holderness. A rescue center for orphaned or injured animals native-to-New Hampshire, you'll wander on a ¾ mile outdoor trail to see myriad creatures happy to be alive. There's plenty of signage to educate kids and adults, a fantastic garden and craft center at Kirkwood Gardens, and a sprawling "Predator/Pray" playground to rival the Children's section of the Bronx Zoo.

2. Get out on the water with Squam Lake Cruises, Holderness. This 1 ½ hour boat tour could be called "Finding Loons Tour," or "Behind the Scenes in the Making of On Golden Pond Tour," because you will learn about and see all these things. Squam was originally called Asquam -- "Beautiful Water" -- and its waters are nearly pure enough to drink. Only six by 6 ½ miles, the lake is tiny compared to Lake Winnipesaukee a few miles away, but is the more tranquil for sure. Foliage reflected in its still water will be astounding at the end of September, early October. 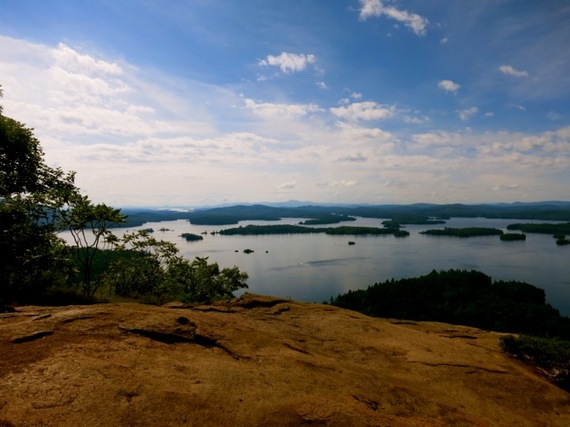 3. Reach "payoff" views of both Squam Lake and Lake Winnipesaukee after hiking a mile up West Rattlesnake mountain Trail, Holderness. This two-mile hike is a must-do - for the views alone. Wear hiking boots -- you'll be heading uphill on both stairs and a rocky, rooty path. But it's oh so worth it. Trailhead 5.5 miles from Holderness on Rt. 113. 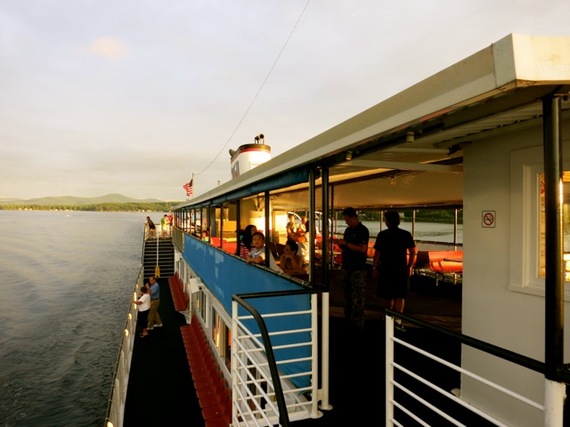 4. Cruise Lake Winnipesaukee on the historic M/S Mount Washington. Like the Circle Line Tour of Manhattan, the M/S Mount Washington has been a tourist attraction for decades (actually since 1872 - this boat since 1940), and one that every new visitor must do at least once. At 230 feet with a passenger capacity of about 1,250, the ship plies the 21-mile long Lake Winnipesaukee multiple times a day in season. My favorite is the sunset cruise in summer, daylight cruise during foliage.

5. Stop in at the 1781 Country Store in Moultonborough. This labyrinth of a store sells everything from Cat Lady Action Figures to S'mores kits to Yankee Candles, Family Crest mugs and "penny candy" for three cents each. A sign near the register says "cash only," but according to the cashier, "we do cards." 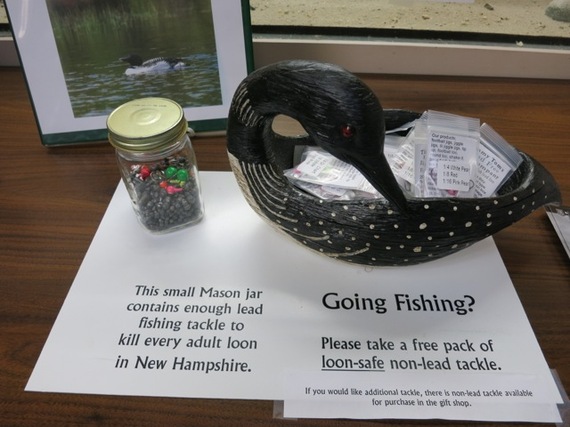 6. Learn about lovely loons at The Loon Center, Moultonborough. Striped and polka-dotted black and white with deep red eyes -- loons are more art than animal, and that seems to be part of their appeal. The original "helicopter parents," Loons carry chicks on their backs and communicate in a complicated series of fluted calls. But these beautiful birds are endangered in New Hampshire, and this small Audubon affiliate Visitors Center explains what we can do to reverse that trend. The loon population is declining due to increased recreation and pollution -- and a proliferation of lead-based tackle. So, the Loon Center offers loon-safe non-lead fishing tackle for free. 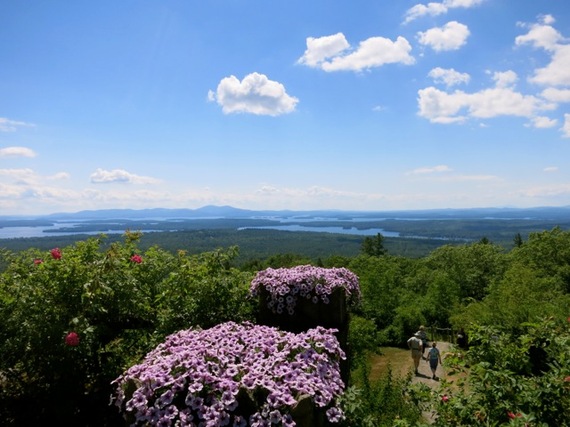 7. Visit the Arts and Crafts home of shoe magnate, Robert Plant, called Castle in the Clouds, Moultonborough. High on a hill, views from this 16-room early 1900's mountaintop home are stunning. Though the Castle has been open to the public since 1956, it was taken over by the Castle Preservation Society in 2006 with a mission to return the home to its original glory. Sure, there's kitsch and tourist traps aplenty, but anyone interested in Arts and Crafts architecture will find it a place of serious beauty. There's a Tiffany glass skylight, decorative wood flooring, rubber tile kitchen floor and even outlets for a central vac system. FYI: Don't miss the "Secret Room" in the elegant living room -- a tiny cubby where Robert would hide out. 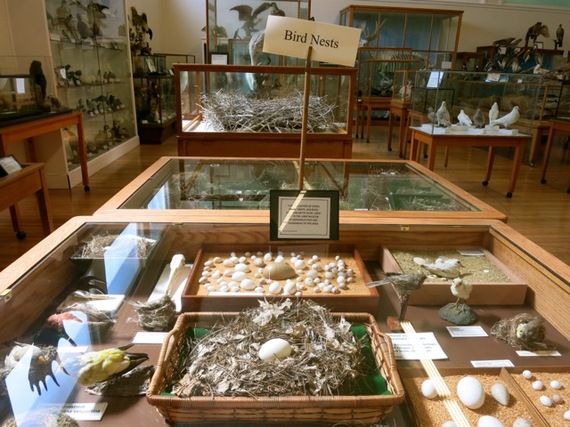 8. Peruse the "Tables of Curiosities," taxidermied creatures, skeletons of all shapes and sizes and more at this Victorian-era Natural History Museum - the Libby Museum, 3.2 miles from Wolfeboro. Surprisingly, most people who visit the area, and even people who live here, don't know about it. A few miles from Wolfeboro on busy Rt 109, you can't miss this large pale yellow building, housing oddities from the 1912 collection of dentist/artist Dr. Henry Forrest Libby. In its early years, the Libby Museum drew thousands of visitors a day to see an 11.2 ft alligator caught in Florida (dead, of course), a real "Cootie" bug sent from the trenches of WW1, a long Chinese fingernail, lace from Napoleon's wife's dress, a mastodon tooth, and eek, two severed mummy's hands. This place is worth a walk-through (though you'll probably stay longer than you first anticipated) even on a sunny day.

9. Find one of a kind home-goods and art at the original League of NH Craftsmen in East Sandwich. Though there are 8 other League galleries around New Hampshire, this was the first. By the 1920's factories had rendered rural shoemakers, furniture makers, and toy-makers obsolete, but tourism in the area was booming. Summer residents, Jay and Mary Coolidge, realized that these out of work artisans made the one-of-a-kind baskets, toys, tables, and rugs that tourists would eagerly snap up. They formed the League of New Hampshire Craftsmen in 1932 and built this shop in 1936. You'll learn a bit of down-home history while perusing the best of the current crop of 800 craft artisans in this tiny quintessential New England town. 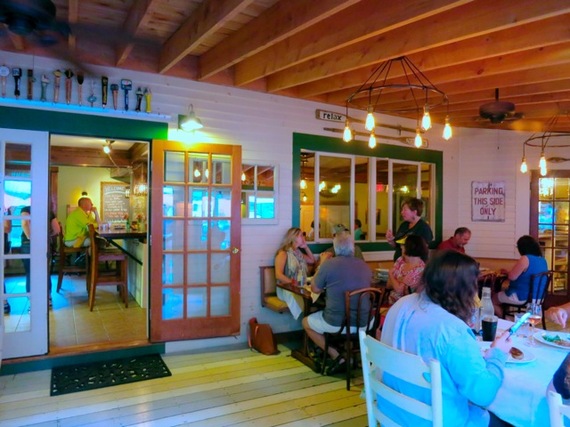 10. Have at least one meal at Inn Kitchen & Bar at the Inn at Squam Lake, Holderness. It's quite surprising to discover a trendy, locavore tavern in back of an 1800's farmhouse, but Inn Kitchen and Bar is one of the hottest "foodie" destination in the NH Lakes region. All servers are knowledgeable and passionate about what comes out of the kitchen. Sporting very casual t-shirts and shorts, they recite specials with intricate knowledge about sourcing, prep and ingredients. As with most field and stream to table cuisine, the menu changes often, but I hope Inn Kitchen keeps its ultra popular Ice Cream Cookies on the list. Freshly made ice-cream squished between two large artisanal discs of delight, you'll need plenty of willpower to leave the second half to your companions. 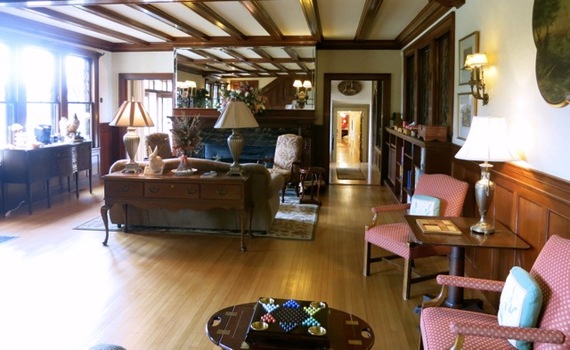 11. Stay overnight at the classy Manor on Golden Pond, Holderness. The yellow-stucco Manor on a hill overlooking Squam Lake, built as a private home in 1904, was a bit run down in the 90's when Brian and Mary Ellen Shields purchased it. But it's been revitalized since then with updated rooms and an injection of fun and games. Though it will be a bit chilly for the outdoor pool, there are board games and puzzles galore in a stately parlor. Be back for "Tea Time" between 4-5, when guests are treated to brewed tea served in fine china cups. And the Shields are ever helpful with directions and ideas for driving and hiking tours. It's a throwback destination, right down to the jigsaw puzzle and chessboard set up for the next guest.