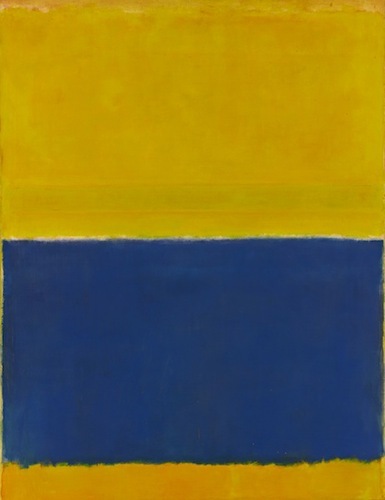 After a record year for sales in 2014 -- artnet reported that the global fine art auction reached $16.1 billion -- expectations are high for the upcoming modern and contemporary sales in New York. This May, the auctions will bring an influx of art buyers from around the world to the city. Below, we round up the top five sales to watch.

1. May 12: Sotheby's Evening Sale of Post-War and Contemporary Art

The work expected to fetch the highest price is "The Ring (Engagement)", a 1962 work by Roy Lichtenstein that depicts a man's hand placing a diamond on a perfectly manicured finger. Only belonging to two previous owners -- one of them the legendary dealer Ileana Sonnabend -- Sotheby's is expected to set the estimate in the realm of $50 million. Watch to see if it breaks the current record for a Lichtenstein, set by the sale of "Woman with Flowered Hat" (1963), which fetched $56.3 million at Christie's in May 2013. Other works to watch include "Untitled (Yellow and Blue)" (1954) by Mark Rothko, "Number 12″ (1950) by Jackson Pollock and "Untitled" (1970) by Cy Twombly.

3. May 13: Christie's Evening Sale of Post-War and Contemporary Art

The Christie's evening sale is full of blockbuster works from the likes of Andy Warhol, Robert Rauschenberg and Jeff Koons. All eyes will be on "Benefits Supervisor Resting" (1994), a seminal nude by Lucian Freud. Depicting Sue Tilley, a local government worker in London and one of the artist's favorite muses, the work is expected to break the previous auction record achieved by Freud in 2008 for "Benefits Supervisor Sleeping," which sold in 2008 for $33.6 million. Look mostly to see if Christie's is able to break the record it set on November 12, 2014, with an astounding sale that totaled $852,887,000- the highest auction total in art market history.

An increasing presence on the international art market, Phillips is expecting big things from its evening sale on May 14. Watch especially Brice Marden's "Elements (Hydra)" (1999-2000/2001), an abstract work in muted primary colors. The Marden is part of a collection of 100 works from a private American collection of painting and sculpture being auctioned off by Phillips in both New York and London. It includes works by major American artists of the 20th century including Ed Ruscha, Robert Ryman, John Chamberlain and James Lee Byars, as well as Italian artists Giuseppe Penone and Alighiero Boetti. The bulk of the collection will go on the block in New York. In total, the collection is expected to fetch upwards of $33 million.

Generally more subdued than the evening sales, the day sales at each of the major auction houses nevertheless showcase impressive works by seminal artists -- and fetch sums that while lower than the evening sales, are similarly jaw-dropping. Christie's will hold its day sale on May 12, the day before its evening sales, as a precursor to the main event. Sotheby's will hold its day auction on May 13, the day after its evening sale. Highlights include works sold to benefit The Museum of Contemporary Art in Los Angeles, as well pieces by trendsetters including Tauba Auerbach, Glenn Ligon and Christopher Wool. Phillips will auction off works on May 15, the day after the evening sale. Works to watch in that sale include John Chamberlain's "Tonk #10-83″ (1983) and Tom Wesselmann's "Smoker #7″ (1976).

PHOTO GALLERY
Top 5 Auctions this May in New York
Download
Calling all HuffPost superfans!
Sign up for membership to become a founding member and help shape HuffPost's next chapter
Join HuffPost
Voting Made Easy
Register to vote and apply for an absentee ballot today
Register now 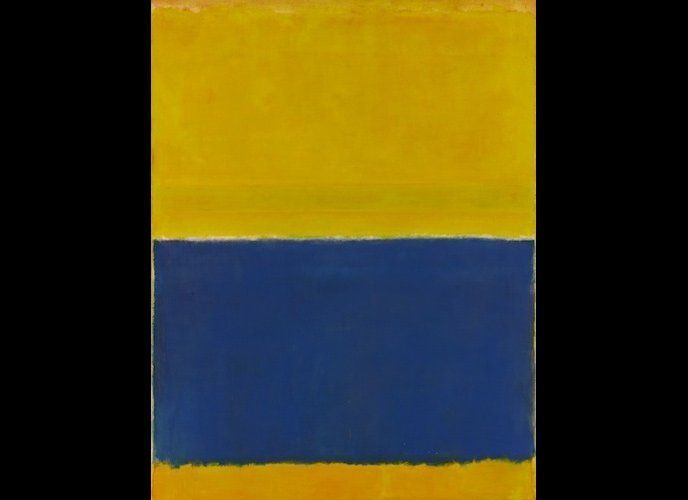