There's been a lot written about indie books lately -- and, like the whole debt ceiling thing, many people still have questions. So, along with listing five of the top bestselling indies this week, I'm going to explain why you should be reading them.

The question I hear most often is "what makes an indie book different?" As opposed to the consortium of people who put together a traditionally published book, an indie book represents the singular vision of its author. The second most asked question is usually more an assumption. If a traditional publisher didn't like the book, why the heck will I? Well, in many cases, an indie book isn't picked up by a traditional publisher because it is viewed as having a subject or writing style that won't appeal to a lot of people. Indie books are not necessarily better than their traditionally published counterparts, but -- like indie music and film -- they are generally enjoyed by a more adventurous and discriminating audience.

The reality is that big publishing houses need big sales to keep them afloat and are less likely to take chances than you, the actual reader. But an indie book doesn't need permission to be quirkier or more original than its traditional counterpart. It just needs to find an audience to embrace it, something the five I've included most obviously have.

The whole point of indie books is that they are not for everyone (except for when they are, meaning that many indie books -- once they have established themselves as successful, are then scooped up, repriced and repackaged by traditional publishers).

And now, for your consideration, and taken from IndieReader's latest "List Where Indies Count," are this week's bestselling indie titles.

Isn't it time you tried an indie?

PHOTO GALLERY
Top 5 Indie Books & Why You Should Read Them
Download
Calling all HuffPost superfans!
Sign up for membership to become a founding member and help shape HuffPost's next chapter
Join HuffPost 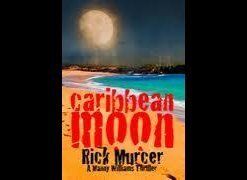 1 / 5
Caribbean Moon by Rick Murcer
Written by Rick Murcer, who currently has two titles on IR's list, this humor-laced thriller is about Manny Williams, a small-town detective/workaholic who is finally taking the long-awaited vacation he had promised his wife, Louise. Tropical paradise appears to be a perfect recipe for desperately needed R and R... until the first dead body turns up.