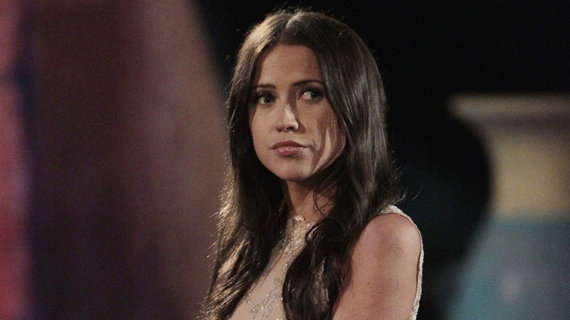 We always get a little case of the post-Bachelor/ette blues when a season comes to an end. Over the course of three months, we've learned so much about love and lust, what to do, what not to do, who to do, who not to do... At least we have less than a week until "Bachelor in Paradise" starts! But alas, we already know the one and only love lesson from every past and future episode of that show: whatever the contestants do on air? Just do the the opposite. School's out.

1. Don't tell your family about your sex life with your partner right before your family is about to meet said partner for the first time. You're only setting them up for failure. You'll make your partner even more nervous and make your family uncomfortable, perhaps even more judgmental and closed off. We love the idea of a daughter being able to talk openly with her mother about her sex life, but there's a time and a place -- minutes before your beau arrives at the parents' door is not it.

2. Learn how to play the meet-the-family game. We were pretty impressed with Nick's emotional vulnerability in front of Kaitlyn's mom (those tears were like a waterfall!), but once Shawn came to meet the family, there was no contest. Presents for everyone, including Kaitlyn's sister's two little kids? Offering a heartfelt toast about the importance of family? Asking BOTH parents together for their blessing (perhaps a Bachelorette first!)? Shawn crushed it!

3. Don't make a breakup harder on the dumpee than it needs to be. If you know someone you're dating (whom you care deeply for but ultimately don't want to make a long-term commitment to) was broken up in a horrible way that they've told you was traumatic for them -- say, they were dumped via text, or their partner just disappeared without a word, or their ex broke up with them on a popular reality show right before they were about to propose marriage to said ex -- then the nice thing to do, the right thing to do, is to avoid breaking up with them in not only a similar manner, but a worse manner -- say, having the text read simply "See ya, sucker!" or disappearing without a word after stealing their laptop, or breaking up with them on a popular reality show right before they're about to propose marriage to you but not before you let them spill their guts about how much they're in love with you. (At least Andi had the decency to dump Nick before he picked out a ring, got all dressed up, made his "one true love" speech and started pulling out the engagement ring.)

4. Stand up for yourself in love with courage and conviction. We don't care if Nick is immature for 34, a man-child who mumbles his words because he confuses coy for sexy. Everything he has ever said in his own defense has been spot on -- whether he's calling out Andi for makin' sweet love to him when she knew he wasn't the one, Shawn for his chest-beating jealousy-fueled personal attacks, or Kaitlyn for letting him confess his heart's desires and start to propose on national television right before she dumped him. Whether or not you like Nick as dating material, his attempts to be honest, open, vulnerable and mature should be emulated, not derided. (Okay, there was that time he told everyone on the show he and Kaitlyn had a very "intimate" date -- hey, nobody's perfect).

5. Eat your just desserts with dignity. We've liked Kaitlyn all season: her humor, her honesty, her lack of shame regarding her sexual desires. But the annoyance and even ire she seemed to harbor for Nick seemed ungenerous and downright mean. She kept him until the very end, let him believe he was a contender, spoke passionately about truly caring for him, then dumped him ceremoniously, and ended up engaged and happy while he was left heartbroken and humiliated. Anyone in this kind of situation should have had some sympathy for the jilted lover. But on "After the Final Rose" and in her post-finale "Jimmy Kimmel" and "Good Morning America"appearances, Kaitlyn failed to express any goodwill toward him. Instead of graciously apologizing for hurting him, she rolled her eyes, pursed her duck bill into a scowl, and dismissed him roundly. With Shawn, the two of them casually joked about him. Sure, a happy couple could giggle privately, but to make the runner up the butt of your jokes publicly is declasse. (It's weird, because her website is all about positivity and lifting people up.)

Not ready to say goodbye to "The Bachelorette?" Read:
The Top Love Lessons from "The Men Tell All"