Why can't a film simply exist without trying to change the world? There are plenty of different kinds of movies, and in the chaos of awards season some wonderful, little flicks are completely forgotten. With last year's underwhelming Oscar season still on my mind, I challenge you to seek out and enjoy the little things in life that never seem to get enough attention.

5. The Most Fun I've Had with My Pants On

Drew Denny and Sarah Hagan star in The Most Fun I've Ever Had With My Pants On. Photo courtesy of Drew Denny.

This small, simple story succeeds in expressing an extremely interesting emotional phenomenon that happens when somebody dies. There is a certain excitement in grief that can truly influence a person's life. While not much happens in terms of plot or drama, this subtle effort is a breath of fresh air in an industry that is constantly trying to hard. It flows like a small stream though the desert, with the wind rushing and the sunshine bursting from every angle and slowly fades to night. Movies like this are the reason our entire era of cinema will be admired in the future. It's the same formula that made grunge music popular in the '90s and will put Judd Apatow's kids through college. The Most Fun I've Ever Had with My Pants On takes the art film approach and makes it palatable for the masses.

The Most Fun I've Had With My Pants On will continue to screen at festivals in search of distribution. Keep a lookout for it on video on demand.

4. Somebody Up There Likes Me 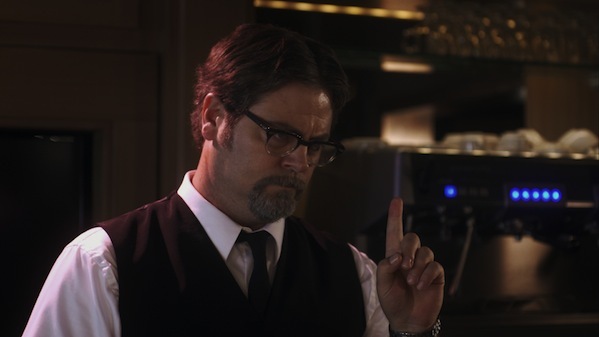 Somebody Up There Likes Me is a caustic exploration of youth, relationships and death. Bob Byington crafts an anti-coming-of-age story that plays out like a deadpan Woody Allen screenplay with Asperger's (that is meant as high praise). Running at about 76 minutes, it seems as if every line has a deeper meaning. Everything in this movie is understated: the performances, the comedy and the spider web of themes. There is a unifying numbness that speaks to a greater truth about life, seldom expressed in art. The witty writing, the whimsical animated sequences, the tonal acting and Chris Baio's mellow, yet upbeat, score come together under the conducting hand of Byington to create simple symphony of what life often feels like.

Somebody Up There Likes Me will be in theaters and on video on demand Spring 2013. 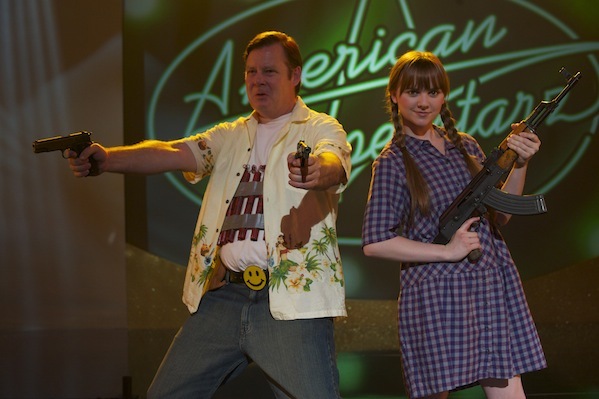 God Bless America endears itself into your heart where it places a time bomb of emotional animosity and social reflection. This is a highly entertaining, wonderfully witty, and stunningly honest movie. Beyond all the fun that only a murderous rampage can supply, the film has something to say. It persuades you to reevaluate how you live your life. It challenges Americans to take a long, hard look at their being and ask, "What the fuck are we doing?" In this modern, multi-media-saturated culture, we still have control of ourselves. We can still be kind and courteous to our neighbors. We do not have to be willing participants in the general degradation of society. Writer/director Bobcat Goldthwait said it best, "This is an extremely violent movie about kindness."

God Bless America is currently available for streaming on Netflix. 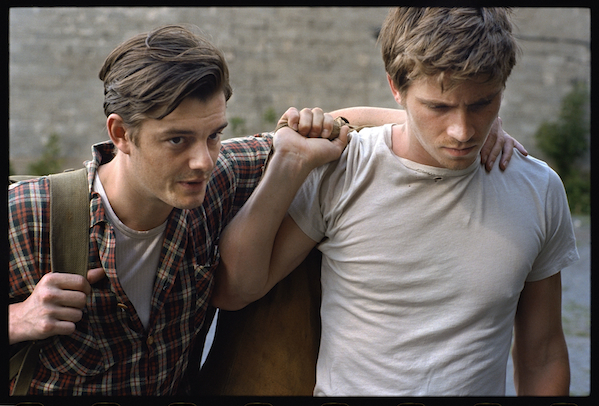 On The Road starts off speeding, snapping the audience's heads back against their padded seats, and kidnapping them. Taking 'em to the 1940s, America. At some point each voyeur has to decide whether they are in or out. True beauty is mad. Every movie can use a little more madness. I eventually found myself fully immersed in this fever dream of freedom, this ascent into adventure, this journey in search of je ne sais quoi. The reckless rushing of words jump from the page, seducing something primal in the hearts of the willing, the wanting. The spirit, the passion, the careless cacophony of colloquial color is what galvanized the beat generation. Explosions of 'firewords'! The price of gratuitous freedom is heartbreakingly painted in all its fragile, emotional vulnerability. I sincerely hope that young, interesting people see this film and feel the way I did as it came to a close.

On The Road is currently in theaters and will most likely be online and in stores Spring 2013. 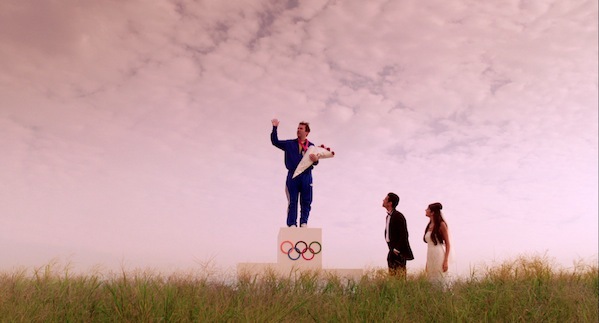 Mike Birbiglia as Matt Pandamiglio, Danny Borbon as Tommy, and Amanda Perez as Tammy in Mike Birbiglia's SLEEPWALK WITH ME. Photo by Adam Beckman. An IFC Films release.

One the best gifts film was given this year was Mike Birbiglia. Frustrated with the long, drawn out process of producing a movie under the studio system, director Birbiglia and producer Ira Glass decided to tell their tale independently. The product of their efforts definitely paid off in this charismatic comedy that comments on romantic relationships, stand up comedy and sleepwalking. The story impressively avoids clichés while exploring familiar territory in a uniquely novel way. It is refreshing to see a relatable protagonist that is not the prototypical male stereotype. Ultimately, the movie is about a man being forced to gain perspective in life. The pressures on modern man to have a career, marry a woman, and generally have their shit together has never been so clearly and simply expressed. Simply said, Sleepwalk With Me is irresistibly human.

Sleepwalk With Me is available for streaming on Netflix.

Perks of Being a Wallflower

Based on the novel by the same name and directed by its author, Stephen Chbosky, this is an extraordinary adaptation that beautifully captures the isolation of being a teenager.

Ken Burns steps outside of his own conventions to co-direct a powerhouse documentary that confronts its audience and forces us to re-examine the justice system and our own conscience.

Zoe Kazan stars as the title character in her impressive debut screenplay. The comedy explores dark themes such as desolation in a light and fresh atmosphere.

Inspired by a real-life, time-travel, classified ad, this gem of a movie is sure to enchant even the most cynical of movie-goers.

Here is an absolutely fantastic exploration of teenage life in a small town. Its affection for its characters is infectious. It'll charm your pants off.