The Passover celebration begins today at sundown as Jewish communities around the world gather to tell the story of the Israelites' exodus from Egypt.

1) AFGHANISTAN: Jews living in Afghanistan created the tradition of gently whipping themselves with scallions as a symbol of the Egyptian slavedrivers' whips used against the Israelites, says Beliefnet.com. According to the Online Database of Jewish Communities, there is currently only one Jew living in Afghanistan, and the largest population of Afghan Jews are in Queens, New York. 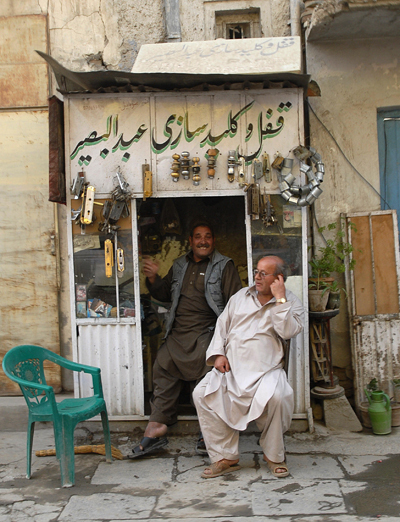 In this photograph taken September 15, 2007, the last Jew in Afghanistan, Zebulon Simentov (R) sits on the streets of Kabul. - AFP/Getty Images

2) POLAND: Hasidic Jews living in Góra Kalwaria, Poland, reenact the crossing of the Red Sea in their living rooms. On the seventh day of Passover, each Jewish family pours water on the floor of their homes, hikes up their coats and says the name of the towns in the region they would pass while making their crossing, according to Beliefnet.com. 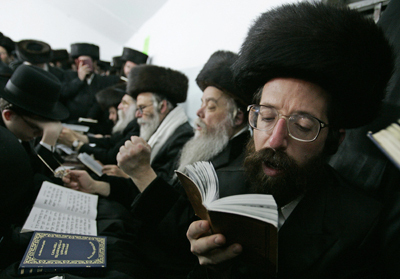 Visiting Hasidic Jews from across Europe, Israel and North America pray March 11, 2007 in Lezajsk, a small town in southeastern Poland, at the tomb of their 18th century spiritual leader, Rabbi Elimelech, in an annual event marking his death. - AFP/Getty Images

3) INDIA: A Jewish community has lived in Cochin in the Indian state of Kerala for more than 2,000 years. Its members go to shockingly great lengths to prepare for Passover, reports The Jewish Week.

"Pesah work," as it was called in Cochin, would begin immediately after Chanukah. In the Cochin community, it was believed that if a Jewish woman were to make even the slightest mistake in Passover preparation during the 100 days before the actual seder, then the lives of her husband and her children would be endangered.

The pursuit of chametz was a serious business. To ensure purity, the Jews of Cochin kept special rooms in which all Passover utensils, thoroughly scrubbed, were stored. Houses would be scraped and repainted immediately after Purim. Wells would be drained and scrubbed, lest they be polluted. Each grain of rice -- an essential staple even during Passover -- would be examined to ensure that it was free from cracks into which polluting chametz might find its way.

4) GIBRALTAR: In the British territory of Gibraltar, the tiny island off the coast of Spain, Jews actually mix the dust of bricks into their charoset dish, a symbol of the mortar used to hold together the brick walls the Jews built in Egypt, according to Hillel. 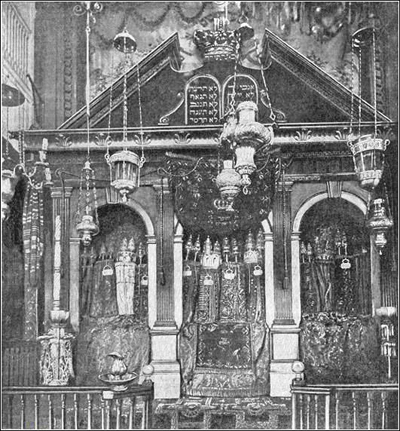 The Ark in a Gibraltar synagogue, showing a large number of Sefer Torahs. - Wikipedia

5) ETHIOPIA: Ethiopian Jews' history is strikingly similar to that of their Israelite ancestors. The Jewish community there underwent an exodus of their own in 1985, when Operation Moses and Joshua took almost 8,000 Jews from Sudan to a safe-haven in Israel, according to the Jewish Virtual Library. In commemoration of Passover and their own past, Ethiopian Jews break all of their dishes and make new ones to symbolize a complete break from the past and a new start, reports The Jewish Daily Forward. 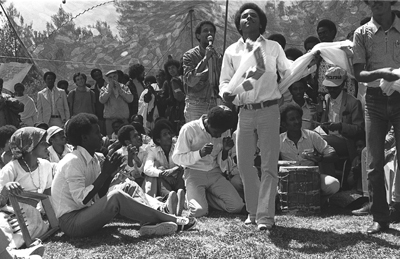 Newly-arrived Falashas, Ethiopian Jews, dance and sing April 14, 1985 in Jerusalem during the open-air festival of Mimouna to celebrate the end of Passover. After the fall of Emperor Haile Selassie of Ethiopia, Israel had smuggled Falashas out of Ethiopia. - AFP/Getty Images

Want more interesting Passover trivia? The largest Seder in the world is celebrated in Kathmandu, Nepal, according to The Jerusalem Post.