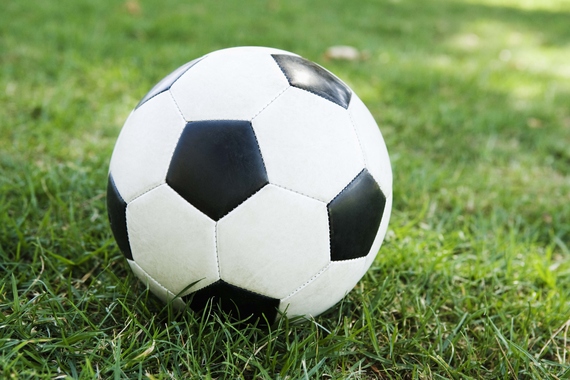 One of the worlds most highly-anticipated sports events kicks off today in Rio de Janeiro, Brazil. The games have been mired in controversy due to the high-profile protests against the billions of dollars being spent in the face of extreme poverty. Nonetheless, the FIFA 2014 World Cup is happening. The games will pit the world's best soccer (fútbol) teams against each other in an effort to claim the equivalent of the world heavyweight championship in the land of fútbol. Defending champion Spain has an aging squad and Brazil, which was eliminated last year in the quarterfinals, is heavily favored to win for obvious reasons: Neymar, home turf and a pretty stacked team that won the Confederations Cup last year. The world is watching to see if Brazil can win the World Cup on their home turf.

There are many reasons to watch this sporting event but here are a few:

1. Soccer is the most popular sport in the world. What other sport has 3.5 billion fans consistently and is understood, played and promoted throughout the world? Don't think that just because the United States is late to the game in terms of the popularity of soccer, that this tardiness is a reflection of the larger world. Besides, Americans have basketball, baseball and American football, so no shade on the slow uptake on soccer, but soccer is by far the most-watched sport on the planet. Why not see what all of the fuss is about? If curiosity doesn't do it, then the browning of America certainly will.

2. If you can't get into the game, then get into the players. Soccer is known to have some McSteamy's and McHotties. Even Vogue has dedicated pages to this year's crop of fineness. Olivier Giroud (France and F.C.), Gerard Piqué (Spain and Barcelona and superstar Shakira's baby daddy), Glen Johnson (England and Liverpool), Cristiano Ronaldo (Portugal and Real Madrid F.C.), Claudio Marchiso (Italy and Juventus), Yaya Touré (Ivory Coast and Manchester City) and Keisuke Honda (Japan and A.C. Milan). We agree with most of Vogue's choices, except Uruguay's Luis Suarez whose racist on-field taunting and biting opponents makes him ugly. Yes, Uruguay has a Mike Tyson and he is fine. We'll choose some more upstanding fine men to add to the mix like Asamoah Gyan (Ghana and Al Ain), DaMarcus Beasley (U.S. and Puebla) and John Brooks (U.S. and Hertha BSC Berlin) and it's a watch party.

3. What is also great about the players is the fact that soccer (fútbol) fans won't care if the player plays for another country during the regular season. Unlike U.S. commentators who seem to find some way to be angry at athletes of color that play primarily for American sports teams but choose to represent their home country in Olympic sports (track and field anyone?), World Cup commentators won't wade into that muddy water. Because soccer is an international sport loved by many, fans understand that players are literally on loan to other countries in the name of competition and that competition has no bearing on love of birth country. The fans and commentators understand that winning isn't everything, and if you can't play for your home country when they need you the most, then why play at all?

4. In terms of teams, we want to know if Ghana, known as "Africa's team" will finally make history and make it into the Final Four. In order to accomplish this goal, Ghana has to make it past the U.S.A. (not a problem), Germany and Portugal (problem). You see Ghana has landed in Group G, also known as the Group of Death, which is one of the toughest groupings of the tournament. Group G is also referred to as a mini-World Cup because of the quality of the teams in the group. So, Ghana has an uphill battle if they hope to make history. Guess what? They had an uphill battle in the 2010 World Cup and made it to the quarterfinals. They lost to Uruguay in a shootout after Gyan hit the crossbar on a late penalty kick that would have won the game. And yes, Uruguay's Suarez was involved in that crushing defeat too. Many believe Ghana's time is now. Watch and see if it is their time, now.

5. It's the World Cup. Who cares whether or not you like soccer (fútbol)? It's the biggest sporting event in the freaking world and it only comes around every four years. Did we mention that it's in Brazil? Brazil is a fabulous country in many regards, with soccer being one of them. If you know anything about Brazil, then you've heard of Carnival. So you know Brazilians know how to party which means the opening ceremony is going to be off the hook (1990s slang for 2014′s 'everything.') We'll even forgive them for booking J.Lo instead of Shakira as the opening act if they were going for international appeal, and commissioning that wack Pitbull song "We Are One (Ole Ola)," featuring J.Lo again, while downplaying Brazil's superstar singer Claudia Leitte, who is also on the track.

There has been little uproar over Leitte's oversight because the song is wack and Leitte is probably thanking Christ the Redeemer that few people outside of Brazil know she's on the song.

We will forgive all of that because, hey, any major sporting event can have a misstep -- Janet Jackson or M.I.A. anyone? Watch the World Cup. Download an app - the BBC and FIFA have amazing apps, or visit UnoTelly to watch online for free or just put yourself in the sucka category (1990s slang again) for missing out on something great, again. We'll be watching and throwing back shots of Cachaça or mixing Caipirinha's while we bond with the rest of the world, even if it is through our television or tablet.