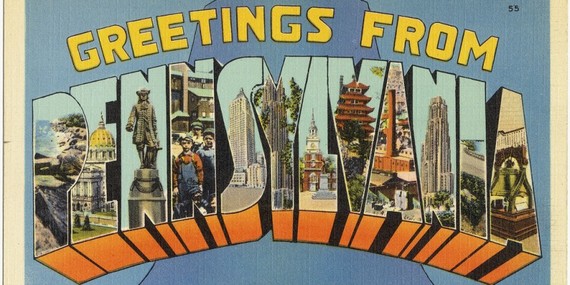 Until this week, Illinois and Pennsylvania shared a spot in the national news cycle as the only two states to make into the third quarter of Fiscal Year 2016 with no operating budget in place.

Identifying parallels between the budget struggles of Pennsylvania and Illinois -- two states of similar size and demographics with partisan divides between governors and legislatures -- made for a tempting narrative over the past eight months. Unfortunately, those looking to extend those parallels beyond the twin impasses likely are out of luck. There's almost nothing in Pennsylvania's budget resolution that signals a similar path for Illinois.

Still, the narrative is too tempting to ignore, so here are five things that make the Illinois budget impasse more intractable than Pennsylvania's.

Pennsylvania's budget resolution was a product not of across-the-aisle compromise, but of Wolf deciding the state needed to "move on" and look toward the FY 2017 budget. Wolf didn't sign a budget; he merely agreed to take no action on a Republican-passed plan that he says is $2 billion out of balance.

In Illinois, there is no sign that Gov. Bruce Rauner will back down from his pledge that he won't discuss tax increases -- which all parties have acknowledged are needed to repair state finances -- unless they are paired with business and political reforms. While some observers interpreted results of two key primary election races as indicators that voters have rejected his budget position, Rauner disagrees. Here he explains why:

Pennsylvania's budget passed with help from 13 Democrats, who broke from their Democratic governor. That's not going to happen in Illinois, where two such defections brought swift and severe reprisals from Rauner (who tried unsuccessfully to oust Republican Sen. Sam McCann in the March 15 primary) and House Speaker Michael Madigan (who successfully engineered the defeat of disloyal Democratic Rep. Ken Dunkin).

It's been more than three months since Rauner and four legislative leaders met on the budget. Rauner said this week he wants a one-on-one meeting with Madigan on the budget:

But when Illinois Public Radio Statehouse Bureau Chief Amanda Vinicky sought an answer from Madigan about whether and when such a meeting had been discussed, it became clear that Madigan does not share Rauner's enthusiasm for a sit-down on the budget:

So I did my own reaching out to Madigan, by calling his spokesman, Steve Brown and asking.

"I really don't have a way ... I don't have any information on that claim so I don't really have any comment one way or another on that so," Brown said in response.

Okay then. The Speaker's spokesman -- one of his right-hand-men - doesn't know whether the governor has called Madigan's office to ask for a meeting. Or if he's just made the offer through the press.

Translation: A meeting with Rauner is not high on the Speaker's agenda at the moment.

You can see the last two reasons why Pennsylvania offers no hope for the Illinois budget impasse here.