I'm headed back to Cuba in November and I can't wait. It's a beautiful island and an exciting time to be there because everything is shifting so quickly. Havana is getting ready for its 500th birthday in 2019, and construction crews are hard at work renovating and remodeling. There was already a whiff of change in the air last year when I visited, and you can feel the pace quickening from across the narrow strait that separates Cuba from the US. That thing called progress is finally coming to an island that has barely changed in the last fifty years, and there are some things you want to do in Cuba while you still can: 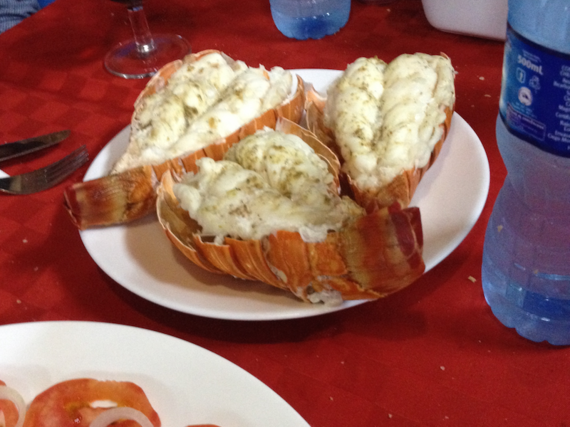 1. Eat At a Paladar
Paladares are local Cuban restaurants... very local. The rule is that the restaurant owner must also own the private home the restaurant is in, and restaurants' staff all have to be in the same family (supposedly this has even led to arranged marriages). No matter what the rules, the results are wonderful - Nuevo Cubano in a world of otherwise government-run restaurants with tired cuisine. But since all these restaurants are in residential neighborhoods, expect major complaints from their neighbors (just as soon as they are allowed to register them), likely resulting in the paladares closing down or moving into commercial neighborhoods.

2. Take in a performance at La Opera de la Calle
Literally, Opera of the Street, entrepreneur Ulises Aquino's love child has had some rocky times since its celebrated beginnings. Between moving locales, police raids, and missed opportunities (Beyoncé herself was reputedly unable to get them reopened to sing for her), it's a wonder Aquino and his intrepid troupe can still sing. But sing they do - now under the auspices of the Cuban government, twice daily for the tourists who clamor for the cross between The Metropolitan Opera and the musical Stomp. Go while you still can to see passion and support the underdog onstage - hey, just like any opera. 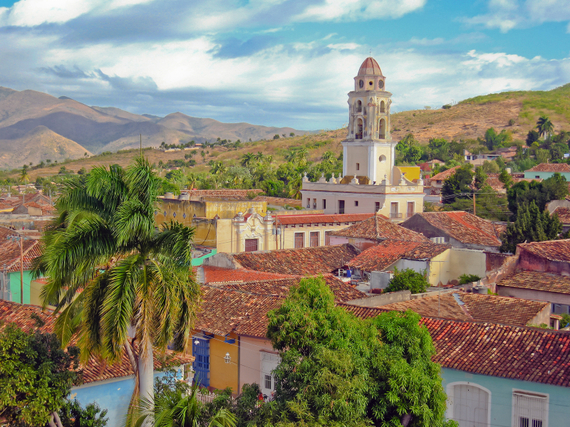 3. Visit Trinidad
No, not the Caribbean island -- Trinidad, Cuba is known as the City That Time Forgot. With its 500th anniversary now behind it, locals will tell you that Trinidad is largely unchanged since its colonial founding in 1514 as the center of the sugar trade. The small town is surrounded by unspoiled beaches and nestled nearby Valle de los Ingenios (Valley of the Sugar Mills), both part of the same UNESCO Heritage Site. Don't expect fancy accommodations in Trinidad - the sleepy B&Bs are family-run - but they all have rooftop seafood restaurants, local musicians playing the afternoon away, and a cool, laid-back vibe as you walk the cobblestone streets. Small galleries show off local artists' work, the cigar shop offers a wide selection, craft shops display wares - there's even a local farmers' market and craft fair some days. As change comes to Cuba, expect it to come here quickly; hotel chains and larger enterprises are waiting for restrictions to lift. Explore more about Trinidad here.

4. See the Coral Reefs
Cuba has one of the top 50 coral reefs in the world; recent studies have shown them to be teeming with marine life and relatively unspoiled (unlike nearby Key West and Jamaica, whose coral reefs are declining). Since the problems are partly caused by man carelessly encroaching on nature in his desire to view its beauty (including the pollution and environmental hazards caused by getting there), make sure you use reliable boating operations and educated guides, both of which can already be found in Cuba. And consider making a donation to the Jardines de la Reina (The Queen's Gardens​) National Park, which is exploring expan​sion of​ its protected borders in favor of more conservation. ​Wait, on second thought, just stay in Havana and look at videos of the reefs - we'll have them that much longer. 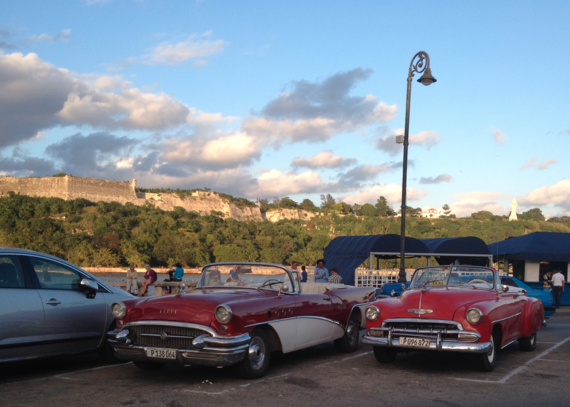 5. Ride In An Antique Car
Yes, Cuba has American cars from the 1930s, '40s, '50s and '60s, all in mint condition and tooling around pretty much every street in Havana and beyond. But that's it - nothing from America has been imported here since then, and your ride in an antique Chevy or Ford will be a throwback to a subtler time when American brands weren't so ubiquitious - when you couldn't go to Bali to eat at a McDonalds, buy a café leche at Starbucks in Madrid, or even walk into an Old Navy at the malls in Hawaii (Ala Moana, on Oahu, had mostly Hawaiian vendors, but those days are long gone). American ingenuity and the successful sale of the American Dream has made the world a much smaller place, but on this one tiny island, for ​about minute longer, you can still see a world where that change has not yet come.