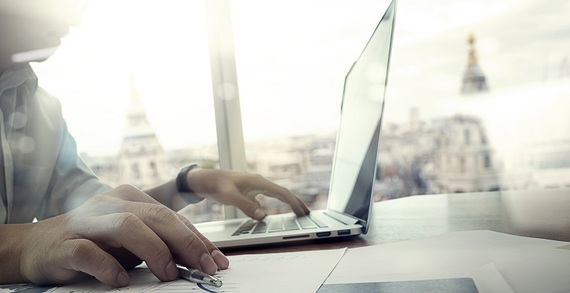 The Supreme Court's recent United States v. Texas decision, which upheld a challenge to a pair of executive orders on immigration, affects millions of individuals and leaves businesses in a continuing lurch over their compliance obligations regarding immigration law. As the challenge that produced that decision wound its way through the court system, the U.S. Citizen and Immigration Service (USCIS) continued its efforts to update the Form I-9 that employers must collect from new employees to verify their legal status and ability to work in the United States. Election politics brings immigration law to the forefront of the country's consciousness, but those laws will likely remain unsettled for the near term.

The Form I-9 that remains on the USCIS website expired on March 31, 2016, but businesses are still obligated to use this form to verify the legal status of new employees. Businesses that knowingly hire individuals who are not entitled to work in the United States face monetary penalties between $375 and $16,000 per violation. Failing to produce a Form I-9 can result in penalties between $110 and $1,100 per violation.

The executive orders that were challenged in the Supreme Court case had authorized Homeland Security to defer the deportation of certain illegal immigrants for up to three years. Those immigrants were presumably working and would continue to work under certain work permits during the deferral period. The Judge who issued the initial injunction that stayed the executive order subsequently asked the Justice Department to release information on 50,000 recipients of three-year work permits. A business that employed one of these workers might discover that he or she is no longer eligible for employment in the United States.

Congress has capped the number of skilled foreign employees who are authorized to work in the United States with an H1-B visa at 65,000. USCIS began accepting H1-B petitions for the 2017 fiscal year on April 1, 2016. More than 236,000 petitions have already been filed. Businesses that rely on foreign skilled workers should start planning now for the next fiscal year.

The nonpartisan Fiscal Policy Institute estimates that undocumented workers who gain legitimate employment status will realize a five to ten percent increase in their earnings. To the extent that immigration reform is inevitable, employers should factor these estimates into their projections and plans for the coming years.

The bipartisan group, Partnership for a New American Economy, believes that immigrants are fifty percent more likely to start a new business than native-born individuals. On the plus side, those new businesses can help to revitalize cities and infrastructure. Yet existing businesses will inevitably feel the competitive effects of new entrants into their respective industry sectors. Those businesses will need to improve their own competitive advantages in the face of new businesses.

Opening the country's borders to skilled and unskilled workers alike may lead to large-scale "brain drain" from underdeveloped countries. This can put pressure on those countries to implement their own reforms, but a more populist response will be the imposition of immigration restrictions. Businesses that operate in an international arena might see opportunities dry up if brain drain places too much stress on one trading partner's economy.

Sixty percent of all unauthorized immigrants reside in six states that have large population centers: California, Texas, Florida, New York, New Jersey, and Illinois. This concentration makes immigration look like a regional issue, but these states will naturally have an outsized presence in directing U.S. immigration policy. Businesses in other states will be swept up with countrywide immigration law changes that are designed to benefit the largest population centers. Those changes may or may not be beneficial to those businesses, but they will likely have little voice in directing them.

This is precisely what has happened in the UK. Shahram Taghavi, Senior Partner at Article 1 Immigration Lawyers, says that "such a wide-net approach has had a detrimental impact in the UK where immigration laws brought into combat rising immigration in the largest city in the country (London) is making it increasingly hard for UK employers outside of the capital to recruit migrant workers due to the burdensome legal and salary requirements".

At its heart, immigration law issues have the greatest effects on individuals who are directly affected by those issues. Regardless, businesses cannot turn a blind eye to immigration matters objectively because of federal employment laws and regulations, and more subtly because all businesses survive through the efforts of the individuals who handle their operations. Awareness of these issues is the first step in planning for and managing how they affect a business.