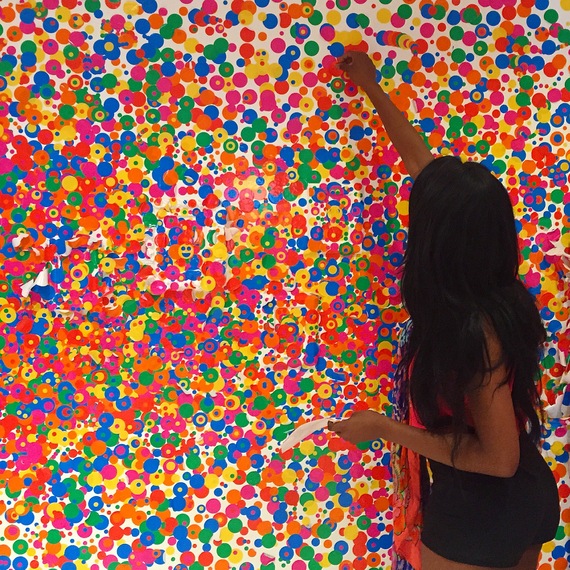 It is finally warm outside! If your spring awakening has been slow to start, may I suggest a cultural catalyst to help; Ascend from your wintry slump with a visit to some of the city's current art exhibits.

From Yayoi Kusama's Give Me Love showing at David Zwirner Gallery to Bjork at The Museum of Modern Art, there are plenty of art exhibits around town to help revive your mind.

1. Yayoi Kusama's Give Me Love on view at David Zwirner Gallery 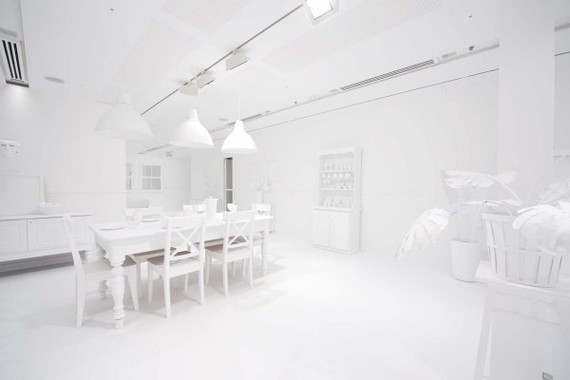 (The Obliteration Room, before. Photo Courtesy of www.thisiscolossal.com) 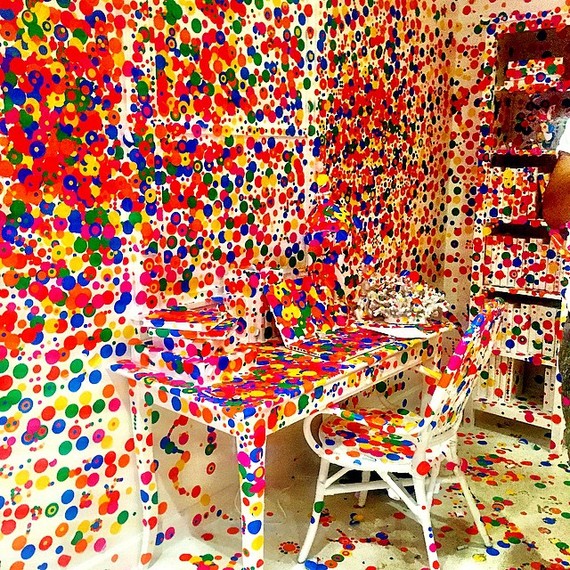 (The Obliteration Room, after. Photo Courtesy of @ScottLipps)

The 86-year-old Japanese artist Yayoi Kusama presents her show which includes stainless steel pumpkin sculptures speckled with dots and the popular obliteration room where guests are invited to paste sticker dots inside an installation that began as an all white room. 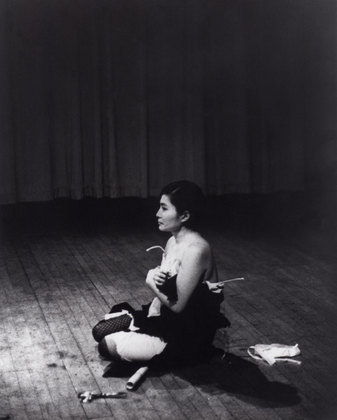 In 1971, Yoko Ono unofficially debuted a one woman show entitled Modern Museum of (F)art at the Modern Museum of Art. When guests arrived however, they were met with a sign revealing Ono "had released flies on the Museum grounds, and the public was invited to track them as they dispersed across the city".(MoMa.org)

MoMA has gathered around 125 of works that led up to her 1971 Modern Museum of (F)art showing and they are on view until September.

3. Bjork at The Modern Museum of Art 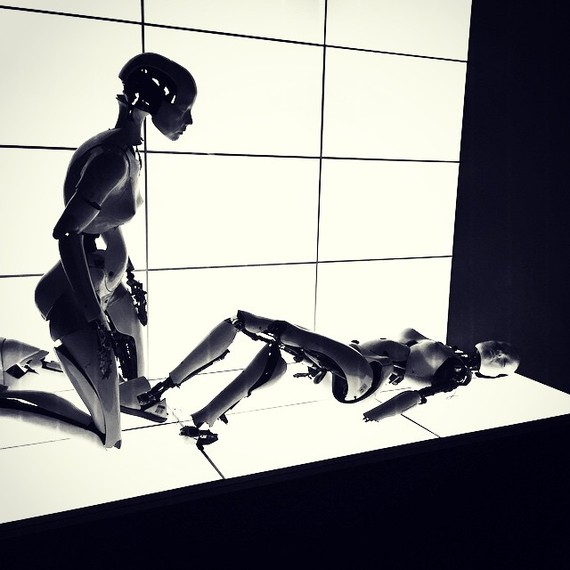 The Modern Museum of Art presents a look back at about 20 years Bjork's work. The Icelandic musician has inspired several floors that artfully commemorate her work as an innovative artist. 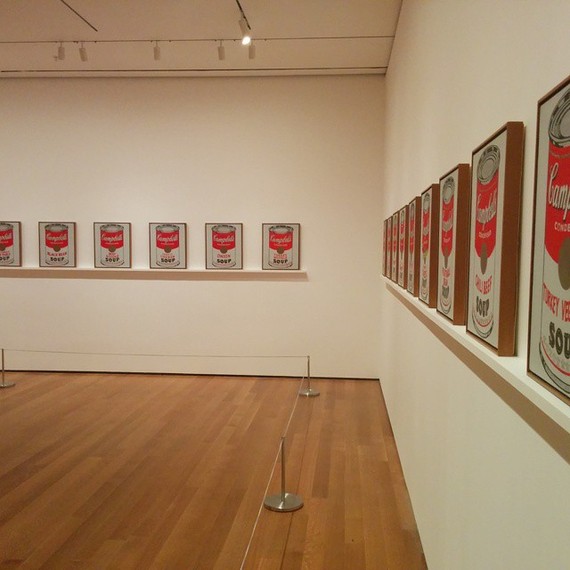 Andy Warhol's 1962 signature series of Campbell's soup cans is on view at The Modern Museum of Art. The series of 32 paintings lines the museum walls in similar fashion to when they were first shown in Los Angeles in 1962. These works are pivotal in that they signify when Warhol began to shift to a new method of photo-screenprinting to create uniformly repetitive works that in all made a note about America's shift to a more commodity based society.

5.Ralph Pucci: The Art of The Mannequin at The Museum of Arts and Design (MAD) 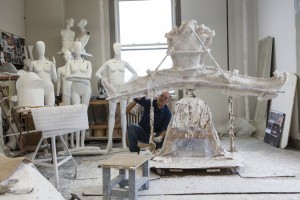 Having collaborated with the likes of Diane von Furstenberg, Anna Sui, Isabel and Christy Turlington, The Museum of Arts and Design is showing a collection of over 30 mannequins by designer Ralph Pucci. This exhibition marks the first ever museum showing of the New York designer's work. 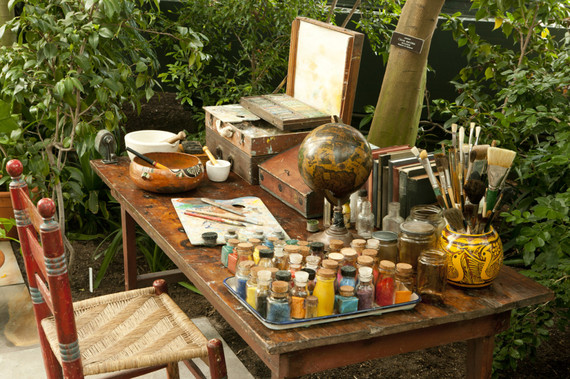 On display at The New York Botanical Garden's are a collection of over a dozen of Kahlo's works in a setting presented similar to her garden studio and home in Mexico City.

7. Basquiat's The Unknown Notebooks at The Brooklyn Museum 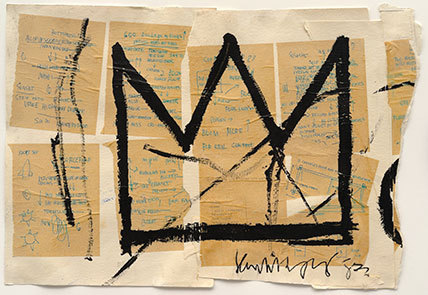 This is the first showing of Basquiat's notebooks. Over 160 pages of poetry, observations and sketches are on view of the Brooklyn artist. 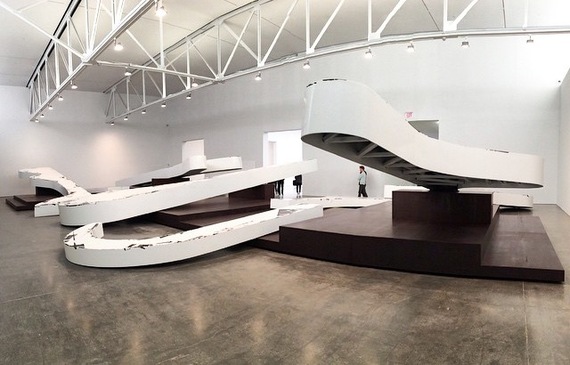 On display for the first time with Gagosian Gallery is Michael Heizer. Known for his large scale sculptures, Gagosian presents his collection, Altars: A "series of new monumental steel sculptures, and negative wall sculptures featuring metamorphic and igneous rocks." (Gagosian.com)

9. China: Through The Looking Glass at The Metropolitan Museum of Art 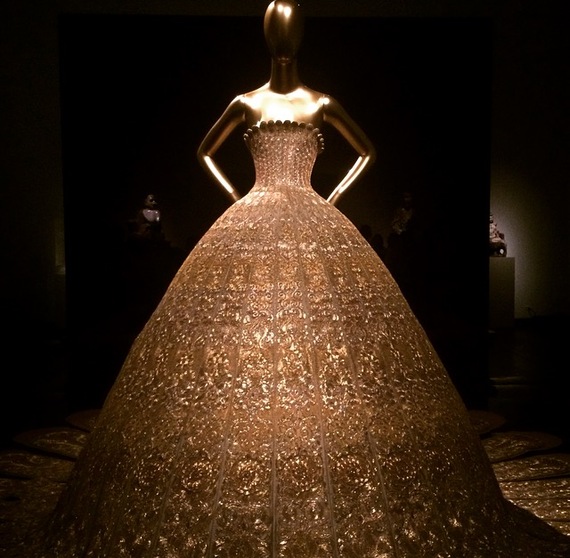 Frocks by designers such as Yves Saint Laurent, Karl Lagerfeld for Chanel, John Galliano for Christian Dior, Jean Paul Gaultier, Guo Pei, Marc Jacobs for Louis Vuitton, Karl Lagerfeld for Chanel, Alexander McQueen for Givenchy, Dries van Noten and more are on display to the theme of how the east has influenced western culture. This exhibit was celebrated by The Met Gala on May 4.

10. Mary Heilmann: Sunset at The Whitney Museum of American Art 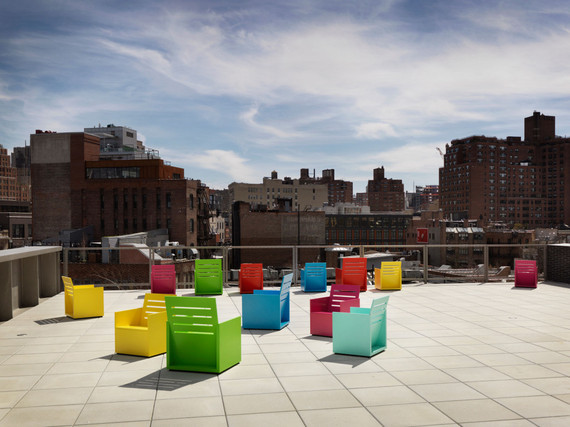 Relax and catch some rays amidst Mary Heilmann's Sunset installation at The Whitney Museum which just recently relocated to The Meatpacking District, NYC.