The Social Security Administration released the list of the most popular baby names of 2014 this week. Looking at which names were number one in each of the fifty states, some interesting patterns emerge. 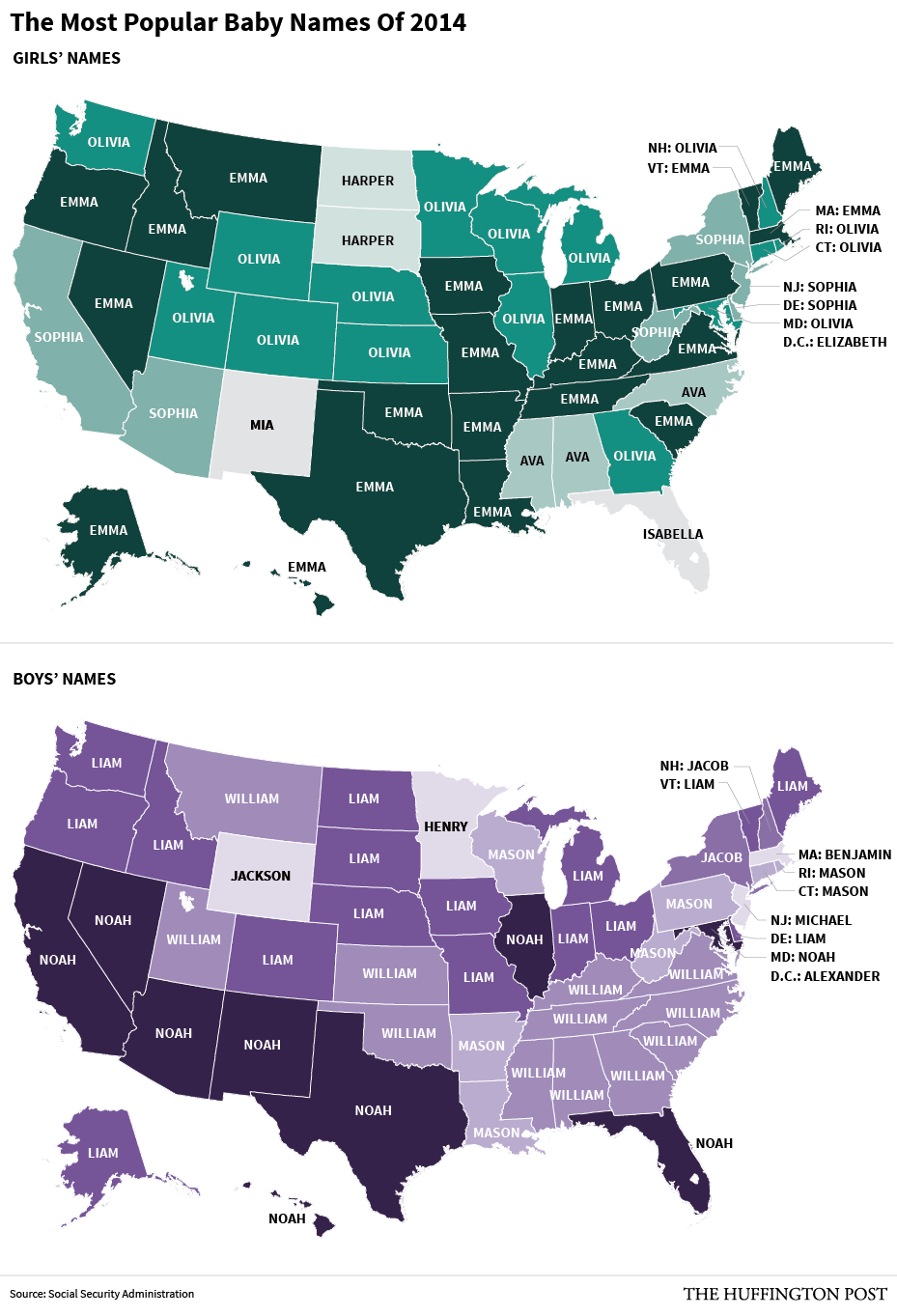 It turns out that top national names Noah and Emma were far from the most popular in every state: Emma was number one in 22 of them, Noah at the top in only nine! It’s also interesting to note such idiosyncrasies in the top five as Aurora at number four in Alaska, Brooklyn at number two in Wyoming, and Lincoln at number two in South Dakota.

It wasn’t unusual to see names spilling over into neighboring states, as in the case of Harper being the top name for girls in both North and South Dakota -- and nowhere else. Other unique number ones were Elizabeth and Alexander in D.C., Isabella in Florida, Mia in New Mexico, Benjamin in Massachusetts (and also well used all across New England), Michael in New Jersey, Henry in Minnesota, and Jackson in Wyoming.

It’s also interesting to see how some districts have minds of their own and swim against the tide, such as Wahington DC, the Dakotas, Utah and Hawaii. (Trivia tidbit: Brayden, Aiden, Ayden and Jayden were all in the top dozen boy names in Mississippi.)

Any surprises in your own state? You can check our all the stats at the Social Security website.