Roar Loud has become a motto for me to push past challenging times both physically and mentally. I love inspiring others to get out of their comfort zone and roar with me. I have been inspired by an amazing group of travel bloggers that I have got to know in the last year. I asked these bloggers I know and admire to share their Roar Loud moments. Their answers inspire me to make 2016 even more adventurous!

Cycling "Death road" and coming out alive is my Roar Loud moment from this past year. A 69 km narrow one way road which snakes it's way around the side of a very sheer cliff, this is known as the most dangerous road in the world, and those seeking adrenaline while visiting Bolivia jump on mountain bikes and hope to live to tell the tale.

Starting in the Andes snow capped mountains at 5,000m (16,000 feet), above sea level, we began to dress for the ride of a lifetime. Elbow pads followed knee guards, gloves went on after our windproof pants and jacket, and lastly, out trusty full-face helmet...which came in incredibly handy when I took a face-first dive off my mountain bike into the ground...at least it wasn't over the cliff! Clouds flew by so fast we could practically touch them as we sped through deserted paths and our adrenaline pumped as we shot through hidden valleys and over stunning high passes. With the very real possibility of death, it is sheer adrenaline the whole way down! 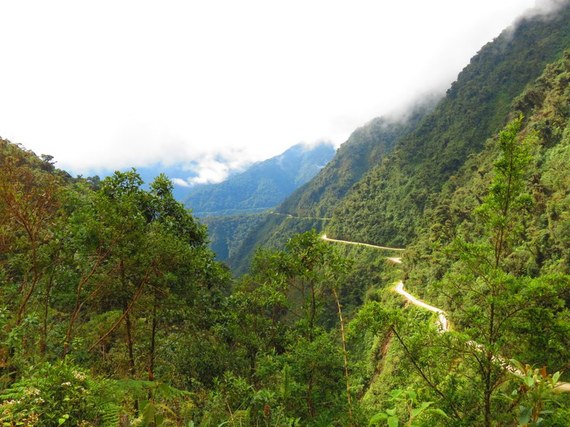 I am most proud of taking a deep breath and agreeing to do a 5-day sailing course in New Zealand's Bay of Islands. I almost drowned as a toddler and fear of open water has plagued me on my travels. Though I wouldn't say I conquered my fear, I definitely faced it and I would get on a sailboat again. The last 3 days of the course were just me and the other student alone for 2 nights in the Bay of Islands and trial by fire it was but I made it through! Despite the panic attacks, I am very glad I did it after so many years of shying away from sailing. 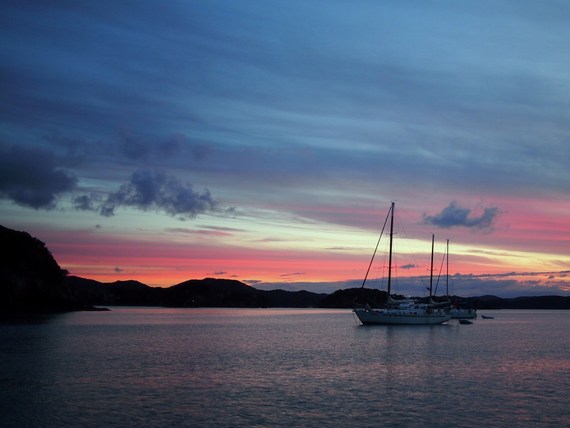 Deb Corbeil of The Planet D

My roar loud moment was when we took a whitewater kayaking course. I have a very real fear of water and having to run class 3 rapids in a kayak was daunting. It was a week long course and on the first day they asked us why we were there. I said, because I would like to conquer my fear of water once and for all. I was terrified to go upside down in my kayak and to be trapped under water, but by the end of the week, I had mastered the roll, ran class 2 and 3 rapids on my own and performed countless t-rescues. I conquered my fear and accomplished something I never thought I would ever try. 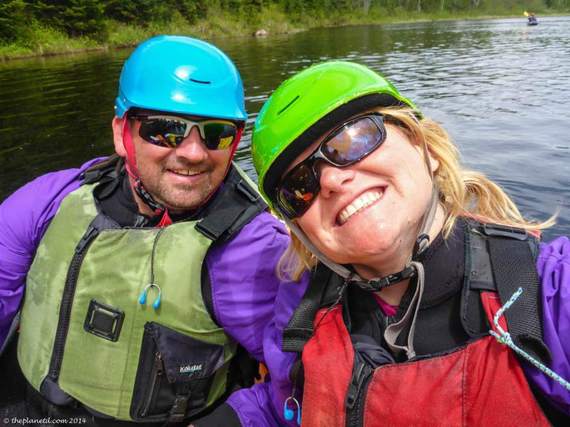 Nikki Godwin of Where is Noodles

My grandparents' love of travel has always been such a big inspiration to me; and going to Tanzania (where they had lived for many years) was something I had always wanted to do. In 2013, they both sadly passed away and shortly after my relationship of six years and a half years had come to an end. At that time in my life, it therefore only felt right that I embarked on my own solo adventure in memory of them. So, without a second thought, I marched to a local travel agents and booked my flight to Tanzania! For someone who is generally a big scaredy cat, I think making that decision alone has probably been my biggest Roar Loud moment, as from then on I have been more determined than ever to put myself first and my dreams of seeing more of the world. 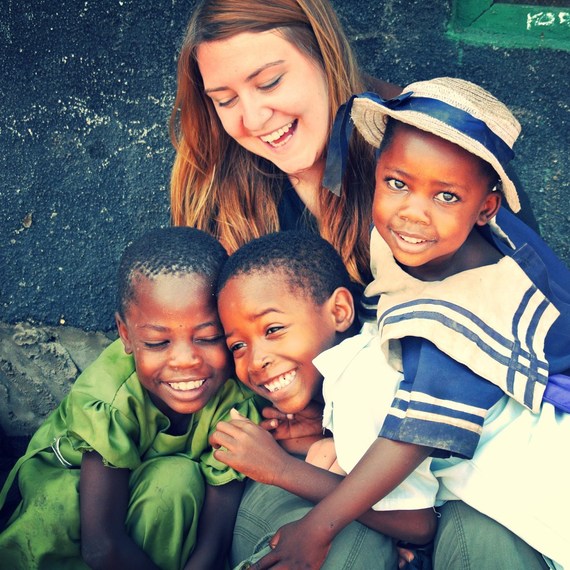 Mel Giroux of A Broken Backpack

It all started with a very good deal! A round trip for $250 to Japan seemed unbelievable. So, I booked it. I planned my itinerary very quickly and a month later, I was there.
I was there... All by myself. I got lost easily 6-7 times. I cried. I swore. I even tried to convince myself that I should have book a tour instead. And then, the Japanese magic happened; I had the pleasure to meet the kindest humans on Earth. I was so pleased when I hitch-hiked after my total fail at seeing Mount Fuji, when I chased the geishas in Kyoto and when I fed the snow monkeys. My short trip in Japan is the most challenging trip I've ever done. But, I loved it anyway. I was a mess, Japan was just perfect. 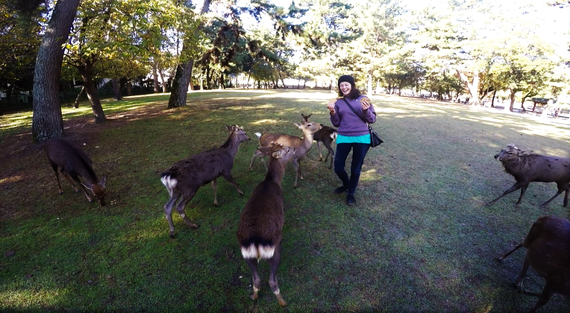 I think that my Roar Loud moment this year was the decision to leave my job and start a new chapter in my life. This summer I not only left my career as a psychologist, but I also left my apartment, my belongings, my friends, and the United States. It has been a crazy ride since of traveling, getting married, and trying to figure out a lot of logistics! We are currently nomadic but hoping to settle back down again in the UK in the new year. 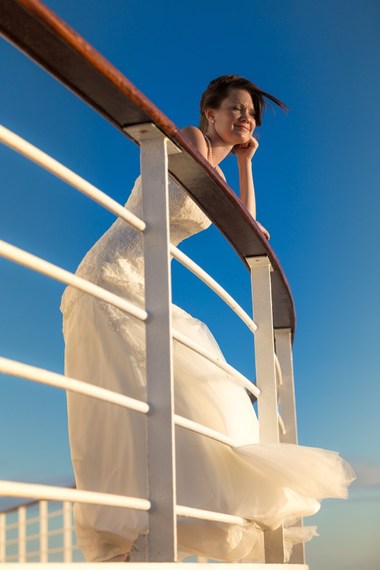 Drew Robinson of Trail to Peak 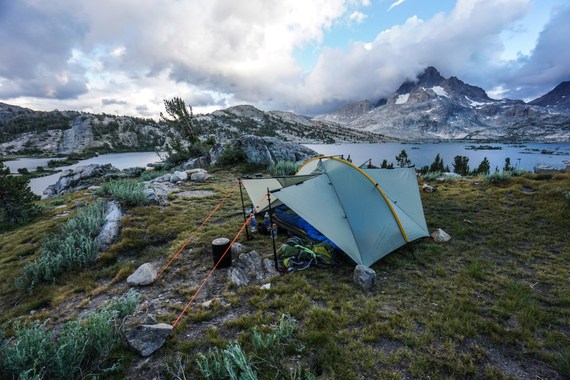 Will Tang of Going Awesome Places

Without a doubt, my Roar Load Moment from 2015 has to be the completion of the Inca Trail in Peru. I had no idea going into it that it would be as hard as it was. Turns out I don't do so well with high altitude.
I couldn't have told you this while doing the trek but what made the trip even more memorable was the fact that there was struggle and pain. In the end, it was mental toughness and camaraderie in our group that pulled us through. The views of Machu Picchu certainly made it all worth it in the end. 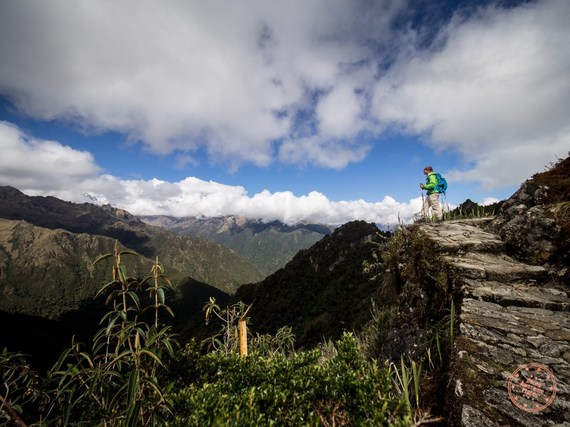 Chris Walker-Bush of Aussie on the Road

My Roar Loud moment came earlier this year during my week long, whirlwind return to China. As a guy who had been out of shape for a while, the prospect of tackling a lengthy stretch of the wilder portion of the Great Wall China was something that daunted me.

I'd been training a little in the lead up, but still found the hundreds of stairs and the many steep slopes to be a real challenge after six months of sitting in university classrooms and drinking in crowded student bars.

Standing atop the Great Wall and enjoying an ice cold beer (I still don't know where my guide kept it for the entire hike) was one of the highlights of my year. Gazing out over this ancient wall and the stunning scenery around it was just a hugely pleasing moment for me. 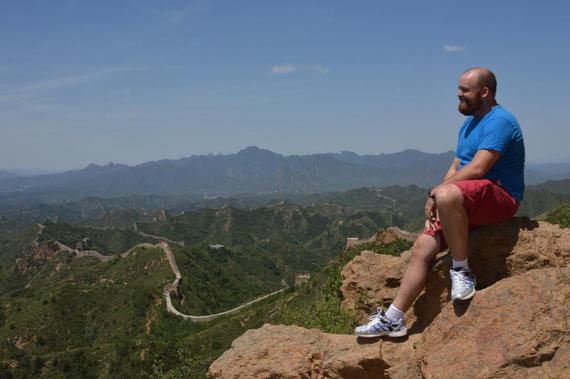 I'm sure most of you could guess that our RoarLoud moment of 2015 was hiking Mt. Kilimanjaro. The 7 day hike which included a summit push throughout the night was the most physically and emotionally challenging thing we had ever done. Sunrise at the summit was an emotional accomplishment filled with tears of joy. That day will forever give us the strength to know if we don't give up anything is possible. 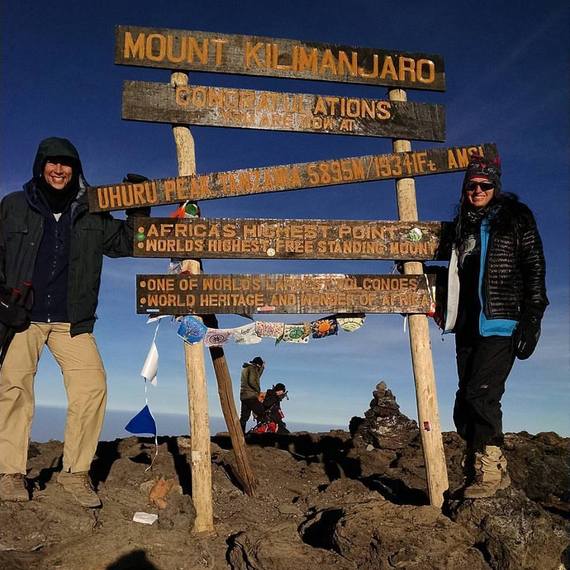 A year ago we started the website RoarLoud and that was a Roar Loud moment for us also. Sharing personal stories of our adventures can be challenging. Thank you for supporting us along the way - every share, like and comment means more than you know! We hope to continue to encourage people to get out, adventure and Roar Loud!

More:
travelbloggersAdventureinspiration
Newsletter Sign Up
An essential daily guide to achieving the good life
Subscribe to our lifestyle email.
Successfully Subscribed!
Realness delivered to your inbox