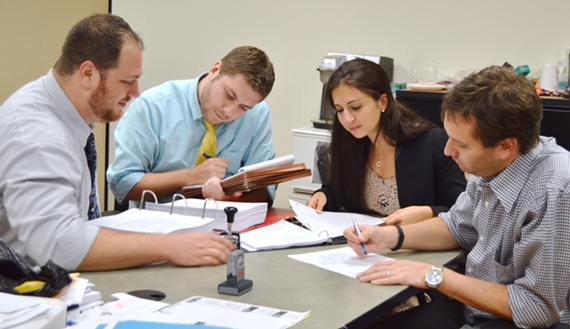 Labor Day was first established in 1885 to celebrate the socio-economic achievements of the American worker. One hundred thirty years later, that message has largely been lost, as most Americans see the day as little more than one last respite before the unofficial end of the summer. Such mischaracterizations do a disservice to the labor movement, as it minimizes how crucial the workforce is to the overall health and prosperity of our country.

In honor of Labor Day 2015, here are my top five reasons to celebrate our workforce:

1) We need the work In 1940 just 28 percent of women were part of the workforce, rising to 51 percent by 1979. Today dual-income households represent more than 75 percent of married couples, as one job per family is no longer sufficient. Moreover, those born between 1965 and 1980 are believed to be the first generation of Americans to have accumulated less wealth than their parents had at the same age. Consider what this means: Families are building less capital even though they've doubled their breadwinners. Now imagine if we reverted to single-income households.

2) The workplace is one of our greatest opportunities to challenge race and gender stereotypes As a nation, we've made great strides with social problems--after all, the two-term president is an African American and the leading candidate to land the Democratic nomination is female--but let's not pretend we've vanquished these issues, particularly in the job market. Though rarely acknowledged in open discourse, race and gender issues are a hidden subtext in most offices. The unemployment rate for African Americans was double that of whites. Women are still not respected in some circles in the workforce. The glass ceiling. The corporate color. Without even realizing, we're confronted with inequality every day, and this is a prime opportunity to level the playing field.

3) We're living too long to retire In 1960, life expectancy in the U.S. was just under 70 years old. Since retirement funds should ideally stretch out between ten to 15 years, 60 was a reasonable age to drop out of the workforce. Today we're expected to live a great deal longer--about 77 years for men, 82 for women--which means we'll have to put off retirement to plan for our extended lives. Our improved ability to fight disease and consistent medical breakthroughs are a pinnacle of human achievement, yet this poses a mandate for society to provide employment for a far longer period of time.

4) Having a job is directly related to quality of life Even if you're unhappy with your current position, that's probably better than the alternative. According to a 2013 survey by Gallup, 12.4 percent of unemployed responders said they were depressed, including 19 percent of those out of work for more than a year. Compare that to just 5.6 percent of individuals who were working full time. Translation: Even an imperfect job is likely to improve your peace of mind. That being said, work-related stress can also contribute to feelings of depression, so it is incumbent on employers to maintain a positive and comfortable environment. It's beneficial to them, as well. According to the University of Michigan Health System, "Depression is associated with more than $44 billion per year in lost productivity in the workplace from both absenteeism (workers with depression lose approximately 2.3 days of work per month) and "presenteeism" (workers with depression are often not able to accomplish as many tasks or perform at as high a level as workers without depression)."

5) Working underscores the importance of education Ask someone why it's important to go to college and the answer will invariably be that earning a degree is the surest way to get a good job. Though the empirical evidence clearly demonstrates the connection between a college education and employment, such reasoning implies that were it not such, Americans would be far less likely to continue their education past high school. But the true value of education is not in how we are perceived by potential employers or how much we can expect to earn over the course of our lives, but in how education improves us individually and collectively. It's safe to assume that major medical and technological advances would not occur as regularly if most Americans decided to forgo education. Would we appreciate the writing of Shakespeare or the philosophical arguments of Plato or Aristotle if it weren't a part of the college curriculum? Doubtful. Thank goodness for work, the incentive we need to better and enrich ourselves and society.