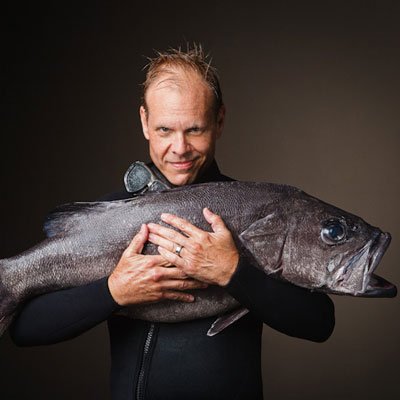 It's been a big year in food news. Here's a look, in no particular order, at 5 of the food trends of 2010, the stories that propelled them to the top and what you can learn from them:

1. Cutting Back on Salt and Sweeteners

The year started with New York City's call for food manufacturers and restaurant chains to voluntarily curb sodium in their foods, with a goal of a 20 percent reduction in the amount of salt in packaged products and restaurant food in the next five years.

That's a big deal! Most Americans consume more than twice the recommended daily sodium limit of 2,300 milligrams—the amount in just 1 teaspoon of table salt. Reducing sodium intake slashed cardiovascular-disease risk by 25 to 30 percent, according to a study in the British Medical Journal. Food manufacturers are getting the message. The number of products touting their "lower sodium" status has more than doubled over the last five years, with major brands bringing out lower-sodium product lines. Other manufacturers aren't making a big deal about it. Instead they're gradually reducing the amount of salt so that consumers don't notice.

As for sweeteners, a study published in the Journal of the American Medical Association added to evidence that eating too many added sugars may be taking a toll on our heart health. The debate over serving (sweetened) chocolate milk in schools raged on. And there's no way another year could go by (let alone another month, it sometimes seems) without the uproar against, and in defense of, high-fructose corn syrup. One of the points in question this year: whether high-fructose corn syrup causes more weight gain than sugar does. Some experts say yes, some say no. No doubt that the science on HFCS is confusing. Still, EatingWell's practical advice on the topic is this: minimize your intake of added sugars in all forms (HFCS, table sugar, honey, etc.).

What You Can Do:
6 Secrets for Cutting Sodium Without Tasting a Difference
3 Ways to Break Your Sugar Habit

There are plenty of reasons to make better choices at the seafood counter: growing concerns about depleted fish and shellfish populations and unhealthy toxins in our seafood, plus the benefits of healthy omega-3 fats found in fish such as salmon, sardines and tuna. Big names are getting into the act—more than 31 chefs, including Alton Brown (pictured here) and Rick Bayless, have taken Seafood Watch's "Save Our Seafood" pledge to stay away from 31 overfished species and instead promote ocean-friendly "Super Green" fish, such as wild Alaskan salmon and most U.S.-farmed shellfish.

Plus, many people were concerned about their seafood supply after the months-long spill of an estimated more than 205 million gallons of oil into the Gulf of Mexico, following an April explosion of BP's Deepwater Horizon oil rig. (What does it mean for your dinner? Find out here.) So what should you eat? As Carl Safina, one of the world's foremost marine biologists and co-founder of the Blue Ocean Institute, wrote in EatingWell Magazine, choosing fish that are smaller than your plate is one of the best things you can do for both your own health (smaller fish accumulate fewer toxins, such as PCBs or mercury, than larger ones) and for the environment, since they reproduce more quickly.

What You Can Do:
Make Your Seafood Choices Wisely. Check out 6 of the Healthiest Fish to Eat (and 6 to Avoid).

Dieters have long counted calories to shed pounds (a proven weight-loss strategy), but with the passage of the new healthcare law this year, more restaurants will be required to post calorie counts on menu boards and offer better nutritional information. The FDA doesn't need to issue its rules until March, but New York City already requires some restaurants to post calorie counts and California passed a law that will require restaurants with 20 or more locations to post the data as of Jan. 1.

According to a study released in January 2010, that looked at how posting calorie counts in 3 Starbucks locations affected consumer behavior and buying patterns, posting calorie counts caused people to consume anywhere from 6% to 26% fewer calories (for those whose average purchase was more than 250 calories). Calorie-posting did not hurt the bottom line at Starbucks, which experienced increased revenues at some outlets. As EatingWell's Editorial Director Lisa Gosselin writes in her blog, "Certainly this is good news for restaurants that are posting calorie counts. It may be even better news for consumers. We are now better equipped to manage our diets in the same way we balance our checkbooks."

What You Can Do:
Jump on the Bandwagon and Even Lose Weight with EatingWell's Delicious and Satisfying 500-Calorie Dinner Menus.

As if your health and the environment weren't good enough reasons to eat less meat, this year the meatless-eating trend got a big boost from meat-loving celebrities and chefs who joined the increasingly popular Meatless Monday movement. Chef Mario Batalli (nicknamed the King of Pancetta) embraced Meatless Monday in his 14 restaurants and The Biggest Loser's fitness trainer Bob Harper and American Idol's Simon Cowell, among others, signed on to take the once-a week pledge.

Americans eat about 1/2 pound of meat daily—roughly twice the global average and roughly twice the amount recommended by the USDA. In addition to the environmental benefits, research shows cutting back on meat may have a host of health benefits, including improved blood pressure, decreased risk of heart disease, lowered cholesterol and better weight control.

What You Can Do:
Take the Meatless Monday Pledge at meatlessmonday.com and Make These Easy Meatless Meals You Must Try.

There were many food recalls in 2010—on everything from cereal and SpaghettiOs to infant formula—but the biggest of all was for eggs. More than 500 million eggs were recalled in August 2010 after more than 1,500 people were sickened in an outbreak of salmonellosis contamination that health officials traced to two large egg producers in Iowa. It was the largest egg recall in history, according to The New York Times.

Just last night, a step was made in the right direction for food safety when the Senate passed the much-anticipated FDA Food Safety Modernization Act. As Michael Jacobson, head of the Center for Science in the Public Interest, writes in his blog on EatingWell.com: "This bill would transform the FDA from an agency that chases down the sources of outbreaks after people get sick into an agency focused on preventing contamination before it occurs."

According to the Centers for Disease Control, more than 5,000 people a year die from foodborne illnesses and hundreds of thousands more become ill. As EatingWell's Editorial Director Lisa Gosselin writes in her blog on EatingWell.com, "Isn't it time that we held food manufacturers more accountable and inspected the sketchy ones more often than every 5 to 10 years?"

What You Can Do:
Test Your Food-Safety IQ: How Many of These Kitchen Rules Do You Break?

Michelle is web editor for EatingWell Media Group. She puts her background in journalism to work online at EatingWell.com and in each issue of EatingWell magazine, authoring The Fresh Interview with interesting people in the world of food and health. Related Links from EatingWell: