Hooray, it's spring! After what was a tough winter for many of us, it feels like the year is only just getting underway.

But there's good news -- 2015 should be another solid year at work, at home and at play. In fact, sentiment was so beaten down over the winter that we might get a positive surprise this spring and summer, similar to last year. At Feminomics, we're calling 2015 a "Year of Action," because in contrast to recent years, U.S. consumers benefit from a stronger U.S. dollar exchange rate, low gas prices and borrowing costs back down near record lows. Here are our top three ways to seize the moment and make it yours. 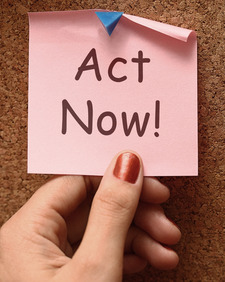 In response to the Great Recession, the Federal Reserve has maintained its benchmark Fed Funds target rate at nearly zero for six years -- but that could change later this year. Fed Chair Janet Yellen has hinted that the central bank will likely begin to "normalize" policy in the coming quarters now that the U.S. economy has shown signs of broad-based healing. While most members of the policy setting committee expect that first move to come in 2015, they forecast a short term rate of less than 1% by the end of the year, so we're not talking about a major shift. With inflation still well below the Fed's 2% target, any increase will likely remain modest. Source: graphicstock.com

Two ways you can take advantage of this low rate environment are:

a) Buy or Sell Real Estate

We think that real estate markets could surprise to the upside, as consumers move quickly to lock in an attractive rate. Sellers get the most for their real estate, since more money goes toward housing than borrowing costs while a solid job market and stronger household balance sheets mean that more home buyers can afford a mortgage payment. This also applies to the commercial mortgage market, where it makes sense to ask bankers whether they will fix rates for longer than the standard five years.

Even more good news: Household formation rose sharply at the end of 2014. Millennials, who were stuck in purgatory after the 2008 downturn, have begun to settle down, creating new entrants into the housing market. Households headed by women are another driver in the real estate market, particularly among single women, who are twice as likely to own their home as single men. The benchmark 30 year fixed mortgage rate averages 3.8%, near multi-year lows. Should the Federal Reserve adjust rates higher later this year, it won't remain there long.

In fact, housing markets have already started to turn up -- mortgages for home purchases (versus refinanced loans) have turned higher in recent weeks and new home sales recorded their first consecutive monthly gains at a 500,000+ annual rate since 2008. TIP: The Consumer Financial Protection Board (CFPB) -- has a helpful web section on owning a home -- with a mortgage calculator for every state. Also note -- new rules take effect this year that aim to protect consumers after the housing crisis -- but it could impact processing as people get used to them.

b) Replace Your Ride

Did you know that a recent study found women hold more drivers licenses than men in the U.S.? And that the average household car is more than 10 years old? So with auto sales running at a 16-17 million annual rate and borrowing costs close to 50 year lows, you might upgrade that ride. Trucks and SUVs have also made a comeback in the last year thanks to lower gas prices, while technologies for hybrids and plug in cars are improving every year. 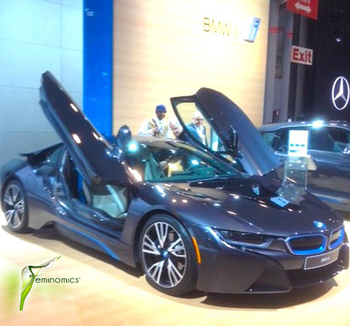 But buyer beware: there are more reports of shady actors pushing suspect loans, similar to what happened before the housing bust. TIPL Don't let sales people get you hung up on the monthly payment, as they can sneak lots of fees and extras inside. Focus on the APR -- Annual Percentage Rate as your key finance cost -- and shop around for the best rate. Banks may offer attractive rates and some can finance through a home equity line of credit. The interest is deductible. Finally, remember that a car is a depreciating asset - it's value drops over time. (Check out my video on depreciating assets.) Put those extra dollars to work for you in a savings or retirement account instead of letting them go out the tailpipe. Photo credit: Feminomics

Consumption is the key driver in the U.S. economy -- about 2/3rds of activity is related to it. But you need a job to spend, and with the exception of the monthly figures from March, the news on the employment front has been strong. The U.S. created nearly three million new jobs in 2014, the best performance in 15 years.

This pace slowed during the winter to a 2.35 million annual rate -- which roughly matches the gains set 2013 (not record-setting, but not bad, either). It certainly could improve this spring as weather rebounds and one-off factors recede like a slowdown at the Port of Los Angeles (which slowed freight for weeks). The March employment report showed gains in professional services, health care and retail, with declines in the energy and mining sectors.

So, if you want to make a move or need a job, this is a great time to update that resume. And with headline unemployment falling to 5.5% (and 4.9% for women over 20) wages may finally begin to rise. We're already seeing a bit of that with minimum wage increases for Federal contractors, workers in New York and Seattle, and low wage employers like Walmart and McDonalds. That said, a variety of industries continue to see a two-tier pay structure, with those at the top faring well, with many of the rest stagnating. And that does not even begin to address the gender pay gap. [For help on how to negotiate a raise, see our newsletter with tips, links to resources and more]. 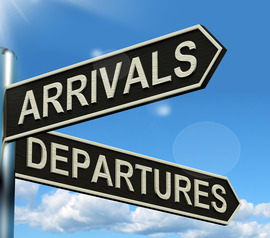 Feministas, perhaps the best news of all is that 2015 is a great year to travel! That's because lowest gas prices in a decade, a stronger U.S. dollar and sluggish growth internationally translates into a much bigger bang for your travel buck. A Trip Advisor survey found found hotel costs were down double digits in a range of countries. If you prefer to stay within North America, the U.S. dollar has risen by 15 percent vs the Canadian dollar; our Feminomics video outlines travel bargains in the U.S. -- like "American the Beautiful" pass -- or a $10 lifetime pass for seniors. Source: graphicstock.com

With women often the decision maker with household spending. including travel Treat yourself to a trip that will pay dividends in fun times, good memories and souvenirs for years to come. If you have kids, give them a huge advantage by exposing them to a wider world.