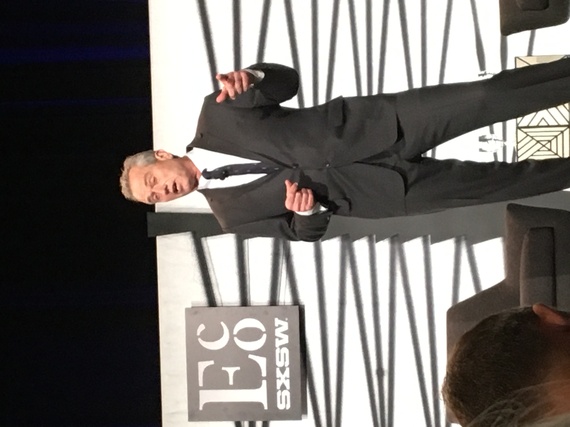 Imagine you're an eight-year old kid and you get a once-in-a-lifetime chance to visit the President of the United States in the White House, in the Oval Office, to talk about your passion project with an intense focus on persuading the President to support your cause. You dress up in your Sunday best, bring an example of why your project really matters, and you're all prepared for what you want to say, armed with focused determination.

Your passion is the environment, and you bring along a small, live salamander carefully placed in a jar with water for this big time "show and tell." When you arrive, the President listens to your plea for him to take steps to protect the environment. He looks at the salamander, which apparently has not quite survived as well as you planned (the salt water you added was not the right move apparently), and expresses concern for the poor fish.

Robert F. Kennedy, Jr. kicked off SXSW Eco 2016 with this story woven into an impassioned lesson on how to use the laws currently on the book, and other tools already at our disposal, to protect the environment. He has the legal and environmental chops to back it up, of course, having successfully sued polluters for ~$5.8 billion by leveraging long-dormant laws.

As we face a contentious election pitting essentially the oil/gas barons against the environmentalists and advocates of climate change mitigation, RFK Jr.'s message refocuses us on what we can do now. (See my previous Huffington Post blog on the candidates' positions on these isssues.)

"We have good environmental laws on the book currently," he told a packed auditorium at the Austin Convention Center, "we just aren't enforcing them."

That's one of the key takeaways from this year's SXSW Eco:

1. Recognize and use the power, influence, resources and tools you currently have: Including the law - and use them more effectively.

2. Zero impact is not enough: As mankind depletes nature's resources at our peril, there's a nascent but energized movement burgeoning in the business community to give back to the environment more than we use. Dubbed "Net Positive," Eric Olson of the BSR, Business for Social Responsibility, explained that the Net Positive movement focuses on "how business can create benefits that outweigh the impacts." These are businesses, though, so there must be financial, public relations and revenue-generating results for these initiatives to be credible and lasting. 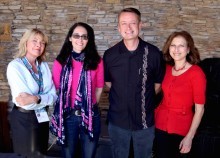 3. Sustaining enthusiasm for sustainability is crucial: In the SXSW Eco session I moderated on corporate sustainability, Cindy Ortega of MGM Resorts (SVP & CSO) inspired a robust conversation around how to maintain the commitment to and focus on sustainability-related initiatives. She said this is her biggest challenge, because making a solid impact requires consistent effort, time and monitoring and yet it's easy for teams to get distracted by the next shiny new thing, tempting them to divert time and resources.

4. It has to be diverse - in every way: To get the best ideas, tap into the best talent, find the best solutions and drive the most lasting, continuous impact over time, these efforts must engage all demographics, ages, genders, career paths and ideas. Even though Millennials have captured the attention of many business leaders, there are many people of all ages and demographics working in the energy-sustainability space and related industries that can jump in right away and who bring valuable perspectives and expertise.

5. Be open to "random collisions": The magic of conferences like SXSW Eco is that you have the opportunity to randomly encounter and engage in conversation with folks you normally would not. These chance encounters can seed profitable and innovative partnerships - and solutions - that can exponentially improve each of your bottom lines and the planet's, and create other positive outcomes.

6. Building and maintaining a sustainable supply chain is hard: The process of finding, monitoring and maintaining ethical sourcing that's reliable, verifiable, consistent and cost-effective is very difficult and requires constant vigilance. This process can also create conflicts within the team, as both priorities and processes change. 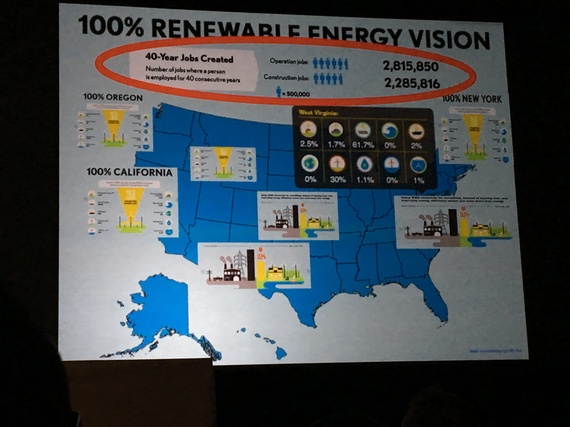 Bill Nye, "The Science Guy., closed out the conference with an impassioned, jazz-like riff on how we can get to a 100% renewable energy future - and why it's so crucial. People left feeling informed, entertained and inspired to save the planet.

For much more, listen to my podcast of our SXSW Eco 2016 session on Green Connections Radio, on iTunes, iHeartRadio, TuneIn, Stitcher, or wherever you like to listen, and subscribe there and to our newsletter at www.greenconnectionsradio.com for the latest interviews with leaders in innovation, sustainability and energy. 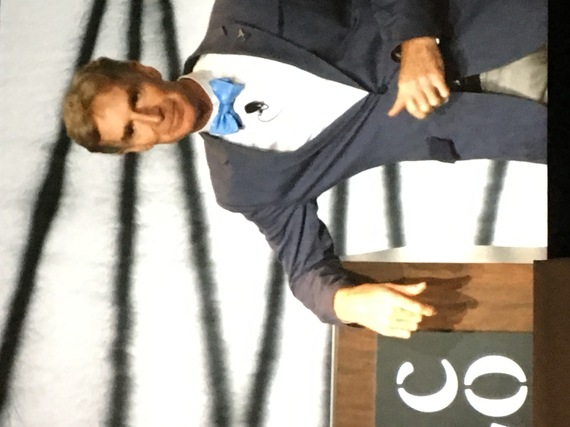