With the rapid rise of the new spiritual counterculture, a generation of young avant-garde writers are making conscious magazine headlines and electrifying the festival-speakers' circuit. Featuring a brutally honest look at the shadow aspects of the Self, and society at large, these books -- while often focused on healing -- are not fluffy New Age "Celestine Prophecy" reads nor "The 7 Laws of Spiritual Materialism." They are harder to define, hosting a multidimensional mix of spiritual awakening, new media activism, visionary art, punk attitude, permaculture principles, Burning Man aesthetic and Occupy ideologies.

As if exploring some quantum physics conundrum, they fuse the world of observer and observed, where the researcher flies third-eye-first into the mystical fields they are investigating. In a similar manner that LSD influenced the Keseys and Ginsbergs of the 60s, newly introduced "entheogens" (God-inducing substances), like the Amazonian shaman's brew ayahuasca and the synthesized "spirit molecule" DMT, are influencing the style and transformational arcs of these stories. Also, like the 60s, there is a regrettable dearth of female voices, something I hope changes over the coming years.

This is my "informal, unofficial, thoroughly unscientific" list of the top 10 books of the New Edge. I'm hardly an expert on this subject, but I have bared witness to some of this burgeoning literary movement over the last few years as a co-founder of the web-magazine Reality Sandwich and Evolver Social Movement. For those of you following this literary scene, I welcome you to expand and improve upon the list, adding your choices in the comments section below.

Click through to see top 10 books of the New Edge, and scroll down to see honorable mentions:

Elders Circle (Books by older authors who have influenced this genre)

"Supernatural" by Graham Hancock
"The Fifth Sacred Thing" by Starhawk
"The Mission of Art" by Alex Grey
"The Archaic Revival" by Terence McKenna
"Nothing in this Book Is True But It's Exactly How Things Are" by Bob Frissell
"Antipodes of the Mind" by Benny Shanon
"PIHKAL" and "TIHKAL" by Alexander and Ann Shulgin
"The Mayan Factor" by Jose Arguelles
"Be Here Now" by Ram Dass
"Ayahuasca In My Blood" by Peter Gorman
"Singing to the Plants" by Stephan V. Beyer
"The Secret Teaching of Plants" by Stephen Harrod Buhner 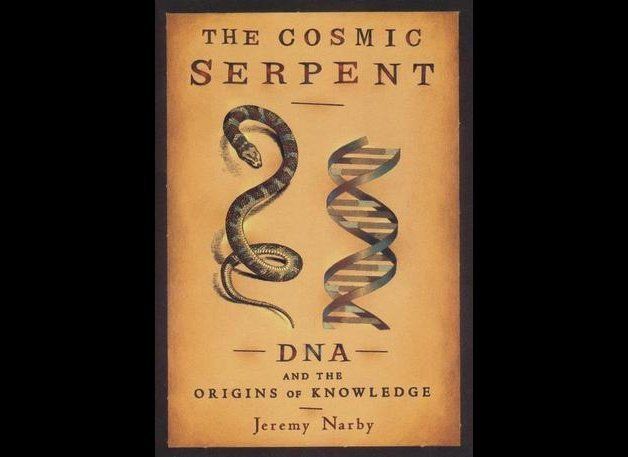 1 / 10
The Cosmic Serpent: DNA and The Origins of Knowledge
Author: Jeremy Narby Amazed by the complex "botanic mastery" of the Ashaninca's polycultural gardens in the Amazon, anthropologist Jeremy Narby broke ranks with the detached scientific model when drinking the hallucinatory tea ayahuasca, which the Ashaninca claimed had taught them their agricultural knowledge. Composed of two plants - one containing the psychoactive chemical DMT (dimethyltryptamine), the other a double-helix-shaped vine with MAO inhibitors, the brew exposed Narby to a potent spiritual reality where talking telepathic serpents launched him on a study on how shamans might access the consciousness of DNA for healing. It was a serious career risk for a scientist, connecting empirical study with spirituality.