There is nothing more frightening than a mom with a Facebook account on the loose with photos of you in compromising positions. From tips about 'packing a clean pair of underwear' to dating advice on your public wall, mom's can be a social media nightmare.

Pretty much the most frightening part of my day is when I get a notification that my mother has tagged me in a post on Facebook.

No one wants an unsolicited back-rub or someone sniffing their hair whilst their significant other is trying to give a speech on national television. This is the stuff nightmares are made of!

Joe Biden won't run for President, but he may go to your mom's Weight Watchers class, rub her back & smell her hair. pic.twitter.com/smn6xSIAb3

Watch out, because Cat Ladies can be unpredictable at times-especially with Pumpkin Spice Latte coursing through their veins. Warning: Your Pumpkin Spice Milkshake may just bring the Crazy Cat Ladies to the yard!

It's 2015, so can we start leaving the 'crazy' off the 'cat lady' because at this point-that's kind of a given.

I don't care who you are: Bill, Monica, Obama, John Boehner or just an average Joe Biden-you had better fear the Hillary, or you're a fool! Her ruthless politics make Frank Underwood shake in his boots!

So he told me 'I've decided to retire, Hillary.'

...And I was all like 'Whatever John.' #Boehner pic.twitter.com/H5ZD5YxZR9

Whether you're afraid of his politics, bright orange spray tan, the pronunciation of his last name, or his incessant crying-Boehner scares the masses for a plethora of reasons.

I'm pretty sure I've decided I'll go as the Cowardly Lion from The Wizard of Oz this year for Halloween.🎃#Boehner pic.twitter.com/bHFOgyvDzN

Although the little guy that stole our hearts and our pizza was totes adorbs, I'm slightly frightened by the myriad of 'Sexy Pizza Rat' costumes I've encountered and I'm mostly fearful of the King of Pizza Rats-Chuck E. Cheese and have been since I first saw him when I was 6 years old.

#PizzaRat : Scaring the crap out of kids while they eat cardboard pizza since 1977. pic.twitter.com/IU7XQpD4Dm

Not much is more scary that an ex-KGB tyrant, communist that enjoys invading countries, 'Putin on the Ritz' and exposing his man-boobs to the world.

Although a 'brothel' may sound like a tasty, hot winter soup-Lamar wasn't being so innocent. As if his behavior wasn't bad enough, there's nothing like passing out at a house of ill repute to ensure you get caught. Smooth moove, Lamar. We're glad you're ok, but you've got a lot of explainin' to do. What a nightmare!

I'm going as Lamar Odom this Halloween but instead of ODing on drugs with hookers in a brothel, ODing on sugar with donuts in a Krispy Kreme

If I don't ever see him holding those huge britches open to show us the weight he lost along with that creepy, weirdo smile or biting into a sub-I'll still have nightmares for years about this creep.

Somewhere right now, a Jared jewelry store marketing executive is frantically trying to come up with a new campaign slogan.#HeWentToJareds 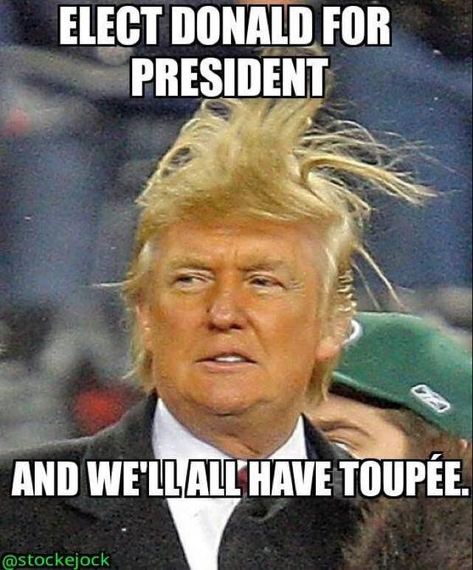 Alas...number one. The Donald. Just the possibility of there being a 'President Trump' sends shivers down a lot of people's spines. Does this man ever not shout, brag, yell, and exude narcissism? I personally am more afraid of his hair than him. I understand at one point, it was a family pet and it purrs when you touch it-the world may never know. Although that potential nightmare is almost a year away, I believe it will be the scariest costume of 2015.

When you find out that people are dressing up as sexy Donald Trump for Halloween. pic.twitter.com/rbnwVyB93P