Last month, Rolling Stone featured Dzhokhar Tsarnaev on the cover of its magazine, triggering a firestorm of outrage and controversy.

The move was widely experienced as an affront to all those whose lives were devastated by the Boston bombings. There is a concern that Tsarnaev and his ilk are being glorified for criminality that should instead be downplayed.

The concern is not unfounded. Some counter-terrorism experts believe that youth are seduced into joining radical terrorist groups partly because of vague desires for thrills and glory.

I was reminded of this while reading about Lee Rigby's senseless death in London several months ago. After committing the crime, his killers asked people to photograph them "as if they wanted to be on TV or something." They were also described as "more worried about having their photo taken, running up and down the road." It is, at once, sick and telling.

This piece explores Muslims who represent sources of inspiration and hope for youth and others searching for identity and seeking to define their role within their respective societies.
It tells the story of ten Muslims who save lives -- arguably among the most glamorous and glorious of acts. 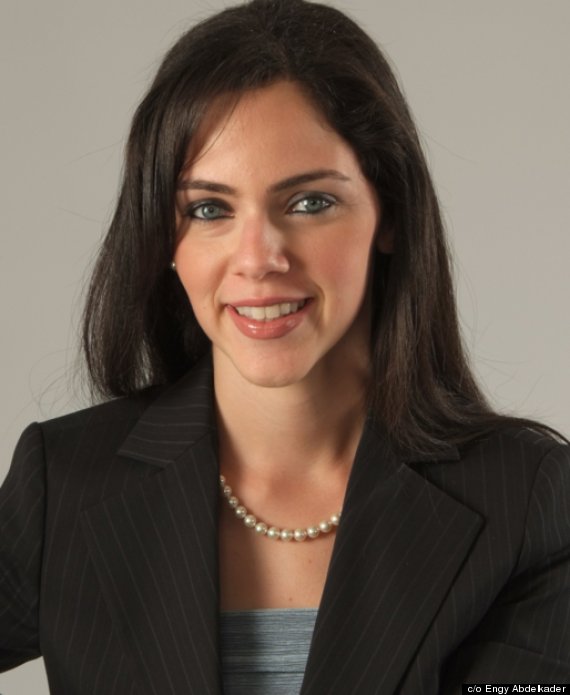 Nadeen Aljijakli, 32, is an immigration attorney who runs her own practice in Ohio and New York. Since Syria's violent conflict erupted in 2011, she has worked on a number of asylum cases representing mothers, doctors, students and activists forced to seek refuge in the U.S.

She distinctly recalls the experience of one client, a mother of six, who organized women to participate in daily peaceful protests demanding freedom and democracy. The woman's courageous leadership inspired many others to do the same, thus endangering her life.

She was forced to leave behind five children when she sought refuge in the U.S. But, they can now join her in America because Nadeen won her case for asylum. 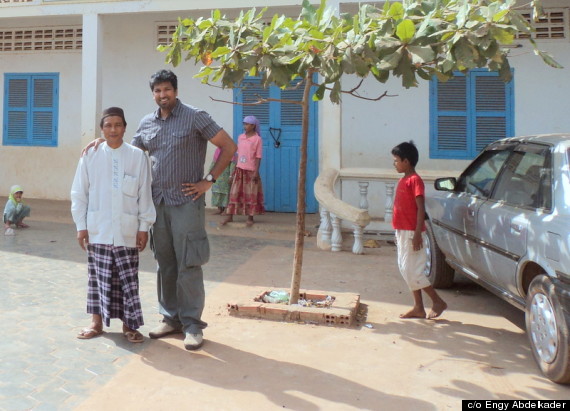 Hyder Gulam, 38, is a nurse, first responder and relief worker. His are scattered memories of countless lives saved, and those lost in the attempt to do so. The experience has left him with a perpetual appreciation for the sanctity of life, and its fleeting nature. 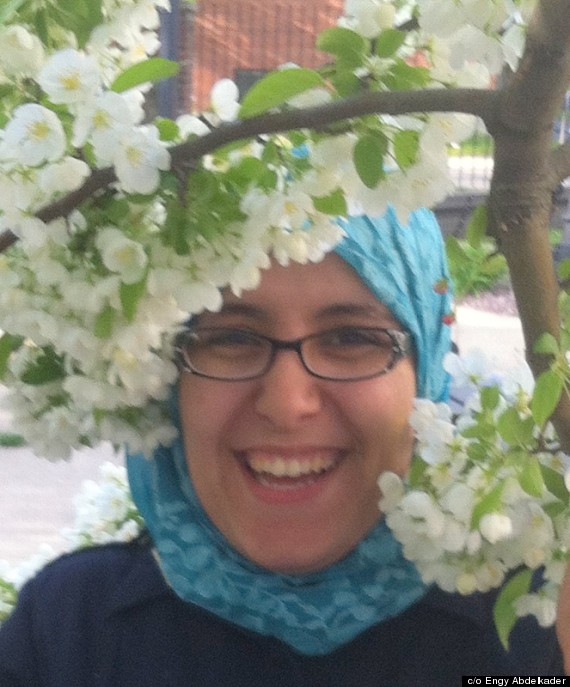 Asmae El Alami, 22, is an aspiring physician who presently serves as an EMT with Fallon Ambulance Services. She still remembers her first patient with a heart attack:

"I was still in training... riding third on the ambulance. Shortly after we were dispatched to a call in a nursing home for a "CPR in progress". The patient was eating dinner, steak to be precise, which he couldn't cough up and continued blocking his airway which led to his (cardiac) arrest.

Paramedics were on scene first so when we pulled up, my trainer told me to hop in the back of the paramedic's truck with them. They asked if I had ever done compressions before, I told them I have only done so on mannequins and they told me to get right to it.

I did continuous compressions to the hospital while one of the paramedics assisted in ventilations by bagging the patient and the other paramedic administered cardiac medications intravenously. Once we reached the hospital, the patient's heart began beating on it's own again." 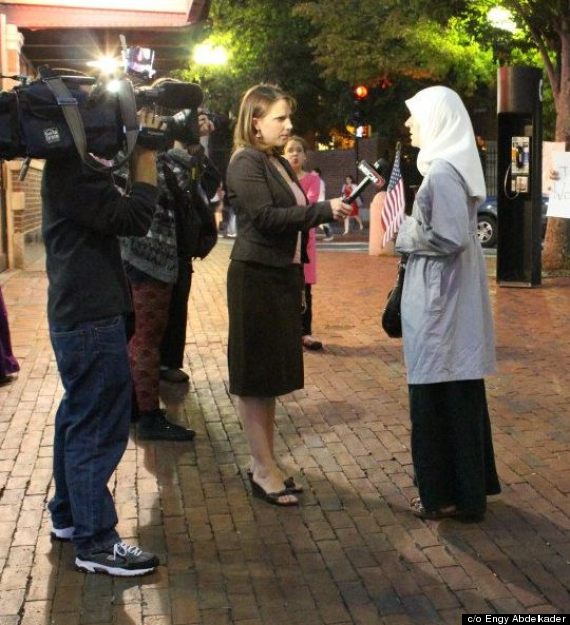 Two years ago, Nadia, 42, founded NuDay Syria, a disaster relief organization working to provide aid directly to Syrian women and children orphaned by the events ongoing in the country. The organization, whose logo is 'One Person at a Time, One Humanity Closer,' grew out of her efforts to build bridges, save lives and inspire hope.

At the start of the conflict, Nadia, a mother to eight homeschooled kids, coordinated several campaigns such as One Coat at a Time, bringing winter coats to thousands of needy Syrian children suffering in winter temperatures. She soon found herself involved with medical relief efforts.

And as her network expanded and the requests for aid grew, Nadia founded NuDay Syria to address the needs she saw unmet. She describes the group's efforts in the following manner:

"We began doing huge 40-foot containers filled with medical and humanitarian relief items and were exuberant each time one reached its destination. It was humbling knowing that thousands of people could get some dignity by getting clothed, able to sleep in soft blankets sent from New England or their children could get some temporary relief by playing around with a soccer ball or hugging a teddy bear in addition to the actual medical supplies we send off." 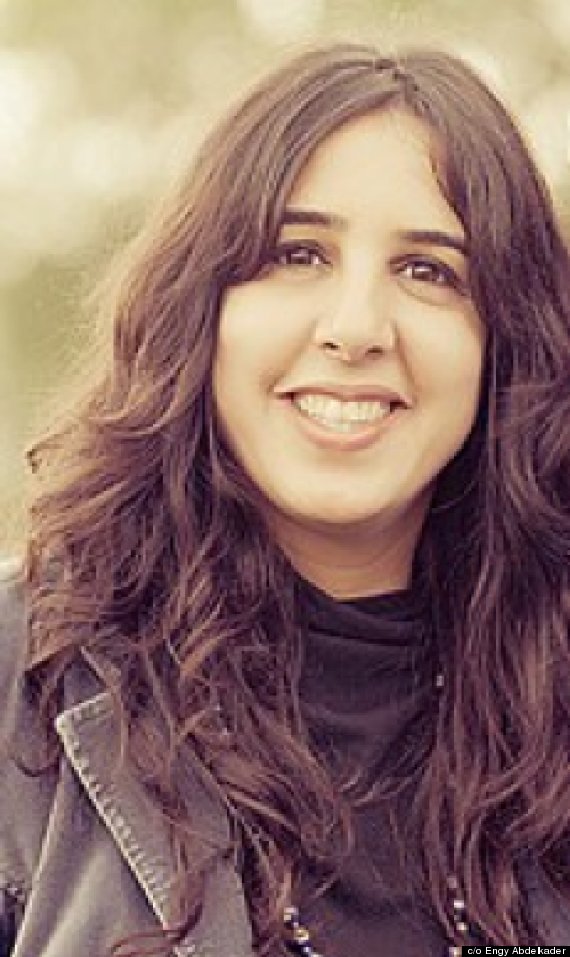 Lila, 46, leads Connecther, a non-profit working to alleviate poverty among women and children around the world. Through its film festival, Girls Impact the World Film Festival, jointly sponsored with the Harvard College Social Innovation Collaborative, Connecther allows young leaders to share their experiences about injustices women and girls confront -- from denial of educational opportunities to lacking financial independence to global health issues to forced child marriage to human trafficking - and also discuss potential remedies to those problems. 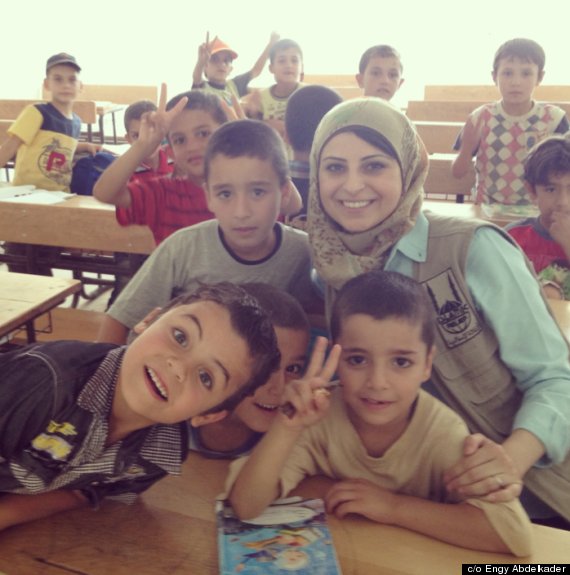 Jomana, 29, is an attorney with a foreign policy think tank in Washington, D.C. where she provides policy analysis on the Middle East.

Together with her father, in 2011, she co-founded Syria Relief & Development, a non-profit dedicated to providing humanitarian relief and medical aid to those suffering in Syria and surrounding countries. Equipped with a U.S. law degree, she serves as a legal adviser to the group on a pro bono basis.

Jomana has volunteered abroad to alleviate the suffering of others too, helping out at refugee camps along the Syrian-Jordanian border, and schools set up by UNICEF. 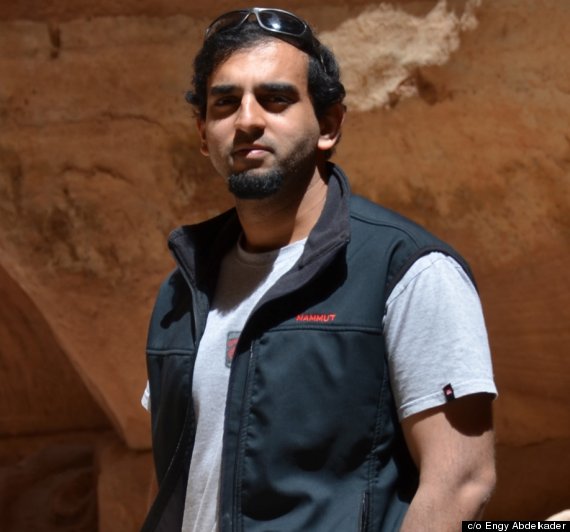 Faris, 30, works for Save the Children, a humanitarian agency. Stationed at its global office in London, he develops programs to help distribute aid, facilitate education and protect women and children. Right now, he is in Amman, Jordan, on a short-term assignment assisting Syrians at the world's fourth largest refugee camp in Za'atri. His seventh year as a relief worker, Faris has undertaken similar efforts in Kenya, Nepal and Pakistan. 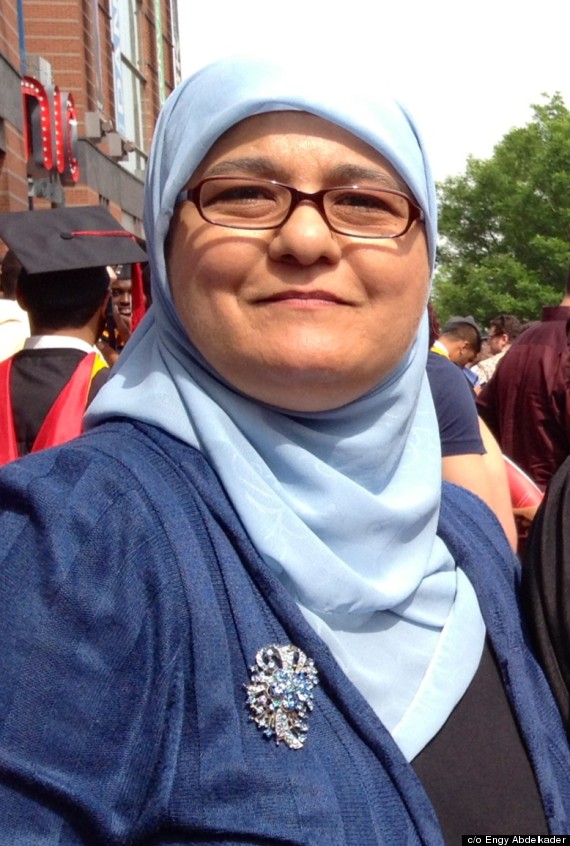 Huma Hasan, 47, serves as Executive Director of WAFA House, a NJ domestic violence shelter where Muslim women can escape abusive homes safely, confidentially and without judgment. It respects the religious and cultural needs of its clients while addressing their legal, socio-economic and immigration situations.

When the group is tight on funds, Huma gives to victims from her own pocket quietly. She works weekends and does not turn anyone away. Moreover, Huma does all of this with compassion, patience and genuine caring. 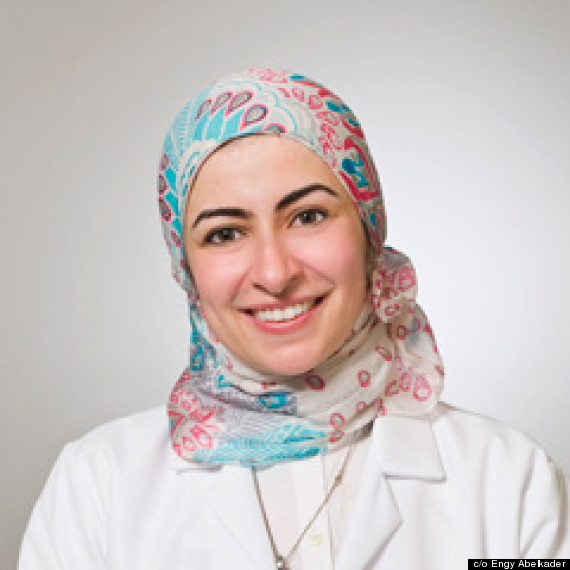 Hoda, 31, is a physician whose medical practice is affiliated with Harvard, the faculty of which she will soon be joining. She shares the following life-saving experience:

"On a cold winter night, when I was a resident, a young beautiful pregnant lady was rushed into our triage area by EMS. Within minutes, she started to appear very sick. It became evident quickly that she is losing her baby and needed surgery, blood and blood products urgently.

She had developed DIC -- a condition that requires blood products in order to prevent massive bleeding and death. I will never forget the urgent feeling of literally hundreds of thoughts rushing through my head simultaneously and the tens of phone calls I made in the hour that followed, in order to get the blood to our mall community hospital.

I ran up and down the hospital, and finally got the products from a distant blood bank in about an hour, meanwhile she got sicker and sicker. I quickly hung them on the pole and started squeezing them so they would get into her body fast enough.

I was silently praying to God for her recovery, as blood was oozing from every pore of her body. I kept remembering the verse from the Quran that says 'And whoever saves one life- it is as if he had saved mankind entirely.'

Then the surgery was over. Her death felt so close, but she survived. In an immense and unique moment of mixed emotions (anxiety, relief, sorrow), it seemed like each member of our team - despite our different backgrounds- had recognized a humbling yet overwhelming appreciation of human life." 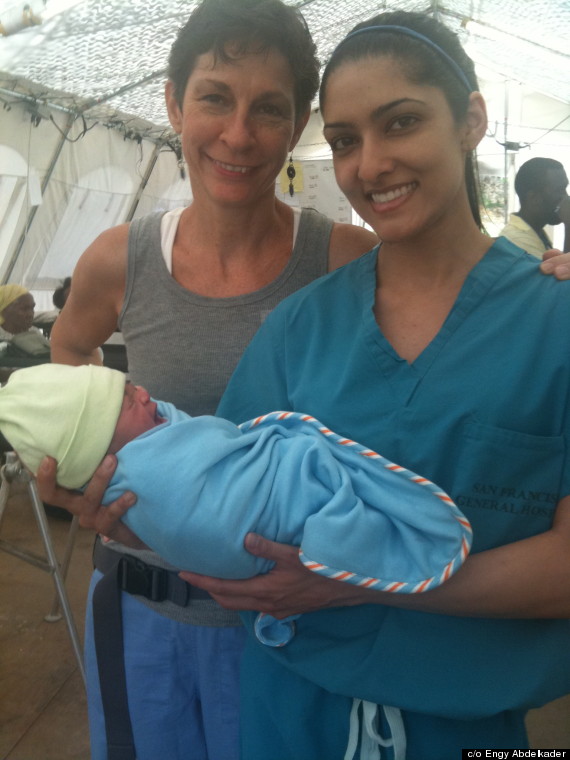 With degrees from Harvard and the Mayo Clinic, Sarah, 34, presently works at Unity Health Care where she provides primary care to a multicultural, urban under-served population. She teaches courses on Global Health and Human Rights at Georgetown.

Sarah feels passionately about community health particularly where it intersects with gender-based violence, human rights and empowerment. She has worked with immigrant populations and trauma survivors including human trafficking victims in New Delhi and the Somali refugee community in Minnesota.

Did I also mention that Sarah -- a firm believer that sports can be used as a tool to build bridges and promote peace -- has represented the U.S. at international sporting events? Sarah, and all those profiled here, are simply amazing.

And, there you have it: a top ten list of simply amazing Muslims who save lives. While certainly not exhaustive, it does reveal a different face to the Muslim community sometimes lost from our computer and television screens - and one that youth so desperately need to see.

Engy Abdelkader is a Legal Fellow with the Institute for Social Policy and Understanding, a nonpartisan think tank based in Washington, D.C.

Quranic Quotes On The Poor