It seems like a new celebrity father gets divorced every week. Recent divorced dads include Jon Gosselin, Robin Williams, Usher, Mel Gibson, Bradley Whitford, Edward Furlong, and Thomas Jane -- and those are just the famous ones. Roughly half of all American marriages end in divorce and some studies suggest 60% of those splits involve children.

But while there's abundant advice directing divorced fathers to avoid "screwing up" the kids, 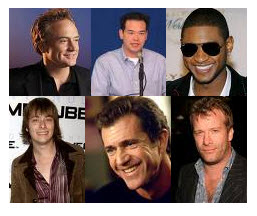 Below are, IMHO, the ten most important things divorced fathers should realize as they transition parentally from "Husband and Father" to "One-and-Only Dad":

1)You divorced your ex, not your kids

Many divorced dads disconnect from their kids when they separate from their ex-wives, but the divorce can actually be an opportunity to re-connect with your children -- this time on your own terms.

2)The only parenting expectations worth a damn are your own

Divorce freed you from not only your ex-wife's expectations, but those of your parents, her parents, Dr. Phil, and all those dads you see talking joyously about fatherhood on television. You're the expert when it comes to your kids. Create your own expectations and standards.

3)There's no such thing as a part-time dad

You're either a dad or you're not. Many divorced dads spend more time with their kids than fathers in intact families. But no matter how much time you spend with your children, if you commit to it regularly and responsibly, you're a dad. Period. Exclamation point.

4)You are not a babysitter

There's no need to constantly take your children on expensive adventures, shower them with gifts, or keep them perpetually entertained, as if filling a perceived hole in their happiness. They are just as happy to simply be with you as you are to be with them.

5)Your children have two homes...and two sets of rules

Your kids don't "visit" you; they live with you. They have one home with Mom and another with Dad. And if they can adapt themselves to different rules between home and school, they can do the same between home and home. The phrase "But Mom lets us" carries no weight in your home.

There's an "inner dad" inside you. He's the one who tells you when it's OK to let your son stay up late, when it's appropriate to be interrupted on the phone by a whining daughter, and whether a tense situation calls for stern rules or just an all-out, no-shoes family wrestling match. You'll get to know that inner dad gradually, moment by moment, and in the process become a more genuine dad -- the best kind of dad you can be.

7)Most kids can cope

Divorce doesn't necessarily mean therapy time for your kids. Studies show that many children cope well with divorce, especially if there's joint custody and the kids are encouraged to openly express their feelings and fears. When I got divorced, a quick internet search told me I was ruining both my and my children's lives. But it didn't go down like that -- in fact, I now feel like a better dad than I've ever been and I've stopped treating Google like my conscience.

Too many moms and dads feel martyrdom is a necessary part of the parenting process. Find those things that you and your children honestly enjoy together -- going to the movies, having cart-races at Kmart, bowling, or impulsively getting pizza in the mid-afternoon. Your children love nothing more than watching you enjoy yourself with them. And it's way more fun than standing on the playground sidelines checking your Blackberry, isn't it?

Like the corn and mashed potatoes on your first-grader's plate, your parenting should be separated from any conflicts you have with your ex. Children need to know their parents' love is unconditional and impenetrable, even and especially in the face of something as potentially devastating as divorce.

Making mistakes is as fundamental in parenting as making dinner. Own up to them -- your kids will learn that they can too.

Joel Schwartzberg is a father of three, an award-winning essayist, and author of the first-of-its kind collection of personal essays from the perspective of a divorced father, "The 40-Year-Old Version: Humoirs of a Divorced Dad"