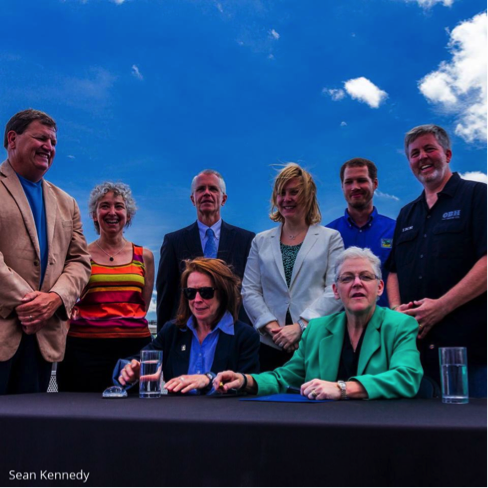 I've got to admit, I tend to be a glass-half-empty person (repeatedly taking on well-heeled polluters and recalcitrant politicians hasn't really helped my condition), but even I can see that 2015 was a banner year for the environment. In fact, we may have made more progress for the environment this year than in any other in my decades-long career. Here are my top ten victories for our air and water, our special places and our climate from the last twelve months, all made possible by people-powered activism and advocacy.

1. Paris Climate Agreement. Global warming is happening, and will get worse without bold action. Stemming the climate crisis rests on a solution both incredibly complex and elegantly simple: 100 percent clean, renewable energy. 2015 saw important progress toward that end, the Paris agreement the most recent. 195 nations--including global warming heavy hitters such as the U.S., China, and India - agreed to limit global warming to no more than 2 degrees Celsius above pre-industrial levels, with an eye toward an even more protective benchmark of 1.5 degrees. Even better, nations will come back every five years to evaluate and readjust their plans.

2. The Clean Power Plan. The centerpiece of President Obama's strategy to tackle climate change, the Clean Power Plan is the largest step the U.S. has ever taken to cut climate pollution. It sets the nation's first-ever federal limits on carbon pollution from power plants, the largest single source of our global warming emissions. The plan was finalized in August and then survived attack after attack in Congress -- thanks to backing from millions of Americans, small businesses, public health professionals, and local elected leaders. And it's clear the plan gave the U.S. moral authority to persuade other nations to enact tough pollution reduction agreements in Paris. 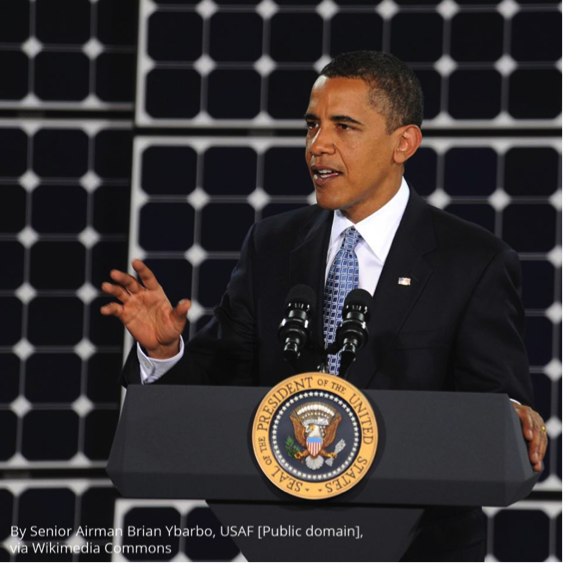 3. Keystone Pipeline defeated. Seven years of activism against the tar sands pipeline, which threatened disaster for the climate and the communities through which it would pass, culminated in November when President Obama rejected Keystone XL once and for all. The pipeline had become a bright line in the climate movement, and its defeat showed the power of persistent grassroots organizing.

5. Arctic drilling halted. Home to one fifth of the world's polar bears, as well as seals, beluga whales, and other precious marine life, the Arctic is a unique natural wonder. Its harsh environment also makes it completely incompatible with oil drilling, a spill from which this fragile ecosystem could never fully recover. President Obama did not begin the year on the right foot when it comes to Arctic drilling (he granted Shell permission to drill there). But after a year of tireless, gutsy activism to save the Arctic and keep fossil fuels in the ground and under the sea, Shell Oil withdrew its rigs, and President Obama later canceled current leases. Next up: permanent protection from drilling in the Arctic and the Atlantic, where oil and gas leases beginning in 2017 are still a possibility.

6. Clean water protected. From the Chesapeake Bay to the Puget Sound, our waters are where we boat, fish, hike and swim. They're where we get clean water to drink. Yet for years, more than half of the nation's streams lacked guaranteed protection under the nation's Clean Water Act, allowing developers to pave over them and industrial polluters to dump into them unheeded. In May the Clean Water Rule changed that, safeguarding millions of acres of wetlands along with the streams and headwaters that feed drinking water for one in three Americans. It's the biggest victory for clean water in more than a decade, and like the Clean Power Plan, it has withstood repeated attack in Congress.

7. Another state halts fracking. The dangerous drilling technique has contaminated water supplies, increased air pollution, and threatened the safety of communities around the country. This year, Maryland enacted a moratorium on risky drilling. For the long term, we're urging as many states and communities to follow Maryland's lead. Until we've phased out fracking altogether, we'll continue our work in 2016 to protect communities on the frontlines.

8. Bee-killing pesticides banned. One in three forkfuls of the foods we love, from almonds to strawberries to the black-eyed peas and greens many in the South will eat on New Year's Day, is pollinated by bees. That's why beekeepers, farmers, and growing numbers of Americans are alarmed that U.S. bee colonies are now at historic lows, following massive bee die-offs in recent years. One reason: a class of pesticides called neonicotinoids, or neonics. There's still much to be done to save our pollinators, but 2015 saw progress: major garden retailers Home Depot and Lowes began phasing out the sale of neonics and any plants pre-treated with them, and a court ruling took one type of bee-killing pesticide off the market completely.

9. Our most important open space program renewed. From the Grand Canyon to Shenandoah National Park, our parks, forests, and public lands are a big part of what makes this country so great. They're where we go to spend time with our families and friends, to hike, bike, fish and see wild animals. For 50 years, the Land and Water Conservation Fund helped to create and expand some of our favorite parks and protected open lands, at least 40,000 projects in all fifty states. In September, however, lawmakers allowed the nation's most important conservation program to expire. Following a bipartisan chorus of protest over that action, in December congressional leaders reversed course and renewed the fund for three years. In 2016 we'll keep working to make the fund permanent to protect our parks and what author Wallace Stegner called America's "best idea."

10. Breathtaking American landscapes preserved. Rafting, trout fishing, and hiking in Browns Canyon in Colorado; bird watching and horseback riding in the Berryessa Snow Mountain region in California, spelunking in Leviathan Cave in one of Nevada's last unspoiled valleys--these are just a few of the activities future generations can enjoy thanks to new national monuments President Obama designated this year. Since taking office, he's permanently protected 19 historic and natural treasures, safeguarding more than 260 million acres of waters and lands, more than any other president. 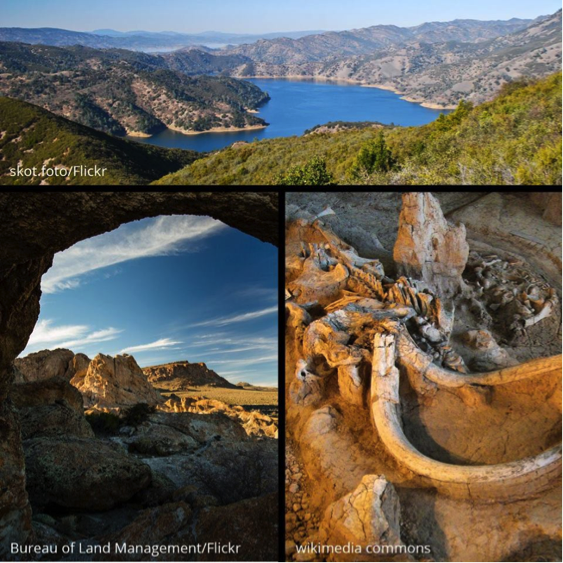 These benchmarks, as important as they are, aren't enough to stop global warming or ensure clean water and open spaces for generations to come. That's why it's so crucial that in the process of achieving these victories, we grew our movement bigger, more diverse and more strategic - making us better-equipped to push the reforms we need in 2016 and beyond for a safe climate and a greener, cleaner, healthier future.