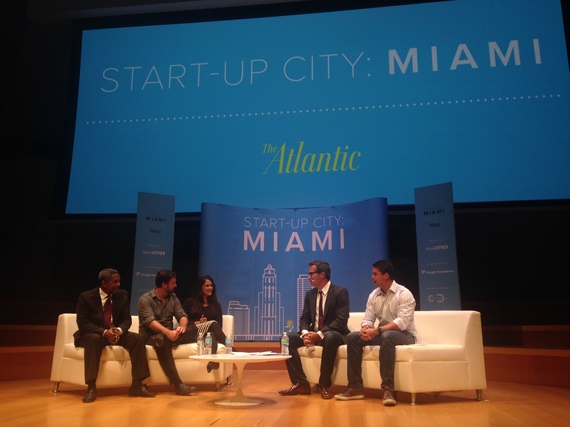 The second annual Start-Up City: Miami event, sponsored by The Atlantic, The Atlantic Cities, the Knight Foundation and the Creative Class Group convened venture capitalists, leading thinkers, and start-up founders yesterday to discuss entrepreneurialism and to share tips and expertise on successful startups.

Miami might seem a long way away from traditional start-up hubs like Silicon Valley, Silicon Alley, Route 128, Seattle, and Austin, but as a just-released report, "Startup City: The Urban Shift in Venture Capital and High Technology," by Richard Florida and the Martin Prosperity Institute (MPI) at the University of Toronto's Rotman School of Management, shows it is just the kind of urban location -- diverse, lively, filled with old industrial buildings, leading edge art districts, and creative, adventurous people -- where venture capital is increasingly being invested. Downtown San Francisco now attracts more investment than Silicon Valley proper; Miami and South Florida have doubled the amount of venture capital they attract over the past several years and now rank among the top 20 US metros for startup investment.

It's an exciting time for entrepreneurs, but the fact remains that three-quarters of venture-backed firms in the U.S. don't return investors' capital, according to recent research by Shikhar Ghosh, a senior lecturer at Harvard Business School.

In this increasingly competitive world, entrepreneurs need all the tips and advice they can get. Here are some of the top tips for start-ups from successful start-ups. 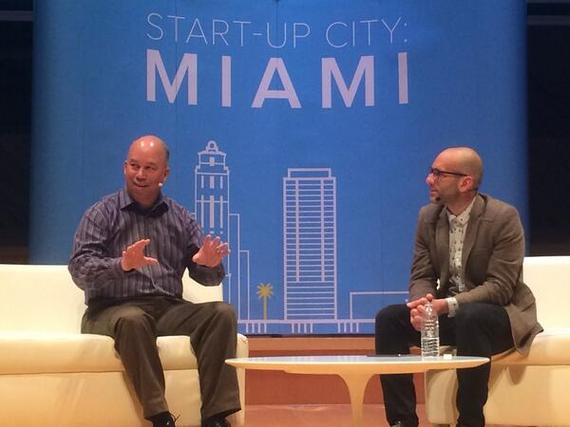 Too Big, Too Fast. "A lot of companies fail from over growth because they use up their cash; you need a certain level of liquidity to operate a successful business."

Diversify. "A lot of companies fail because they get one big customer. Then you're just working for them, and you can't sell that product line to anyone else."

Be quick to shift. "If I have a lemonade stand and everyone wants Coca Cola, it will take me one minute to dump the lemonade and stock Coca Cola. Innovating means having to adjust daily."

Be the student. "The customers are in charge, listen to them. I'm selling to them; it's not for me to have the answers."

Be an Understudy. "Live with your customers and study their needs before you design for them."

Get Confident. "Startups are the leading edge of business culture, but a lot of startups lack confidence in themselves."

Tell Your Story. "If you're a startup you're in the story telling business. Find your story and tell it."

Identify the one thing to focus on. "Ignore everything else. There are always a million things commanding your attention but focus on the one most important things."

Faster and Cheaper. "Whenever software can bring down the costs of the physical world, use it."

Transparency. "Most startups look fine on the outside but are broken on the inside. Transparency is important."

Keep it in house. "Don't outsource your core competencies; it's important to have them on board and in house. That creates your company's DNA."

Don't focus on patents and IP. "Don't get hung up on IP. File a divisional patent, which gives you a year to see if the startup is moving forward. Patent the stuff that's mildly important, not the stuff that's super important. When you patent your deepest secrets, you're essentially giving them away in other jurisdictions."

Focus on the minimal viable product. "Don't try to do too much. Everyone has great ideas, some of which can come later but ask yourself what is the simplest thing you can build that has some nugget of value."

Richard Florida
Author, The Rise of the Creative Class, co-founder of Atlantic Cities

Find a partner. Every successful startup needs a team of collaborators. "You need a creative mind but you also need a business mind to execute."

You need to scale. "Too many businesses that aren't in high tech don't know how to properly scale; they get stuck at the $.5 to $1.5 million revenue range."

Focus on quality. "Invest all your money in the quality of the product, no matter how lean you are. We bought very expensive vintage roasting machines to get the best quality of coffee."

Toughen Up. "Having a startup is tough, you need to learn to compete successfully."

Take the Market Share. "Focus on being cash positive. Be a strong healthy company and go after a big part of the market. Don't' be afraid to compete against the big boys."

Train, train, train. "The most effective way to engage your team is to constantly train them."