Two weeks before filming the game trailer for our alphabet and phonics learning app for preschoolers, we scheduled a team brainstorming hour to decide what we wanted to capture. The meeting lasted just 10 minutes as one of our developers had a cracker idea. He described two kids in a white studio, one painting the other who stood in the shape of a letter. It was a brilliant concept that reflected our game's sense of fun and play, where kids color in and personalize a letter with eyes, mouths, crazy hats and digital stickers.

But... as a parent of two little ones with some experience filming kids, I envisaged practical problems: the painting getting out of control, kids clothes and the white studio covered in thick paint and the constant washing of tiny arms and legs coated in paint. 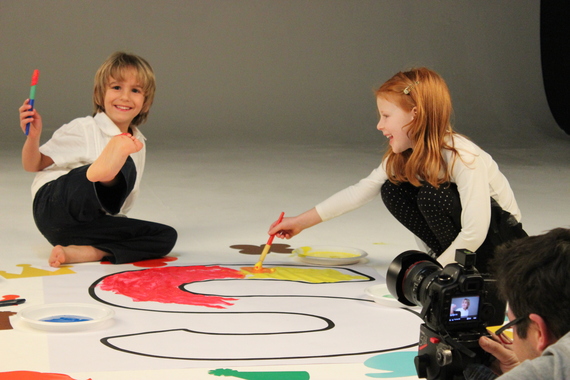 It was important the kids look natural playing in the video and we knew to achieve this kids need to be allowed to play freely with minimum intervention. So we decided the safest plan of attack was to give the kids a giant letter on paper laid on the ground and let them freely paint and decorate with colored stickers. 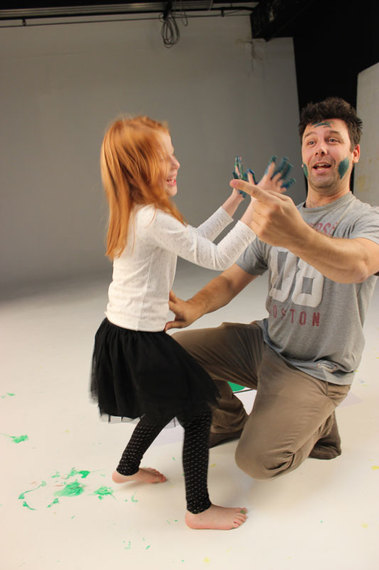 On the day in the studio with my 5-year-old son and his little friend, just 5, the filming ran surprisingly smoothly. In part because our cameraman Christian Moggi niftily developed a playful dialogue with the kids but also because the kids were genuinely engaged in the creative activities and didn't have time to get bored. In the past, we filmed one child, but the combination of two vivacious kids who already shared a cheeky rapport made all the difference. 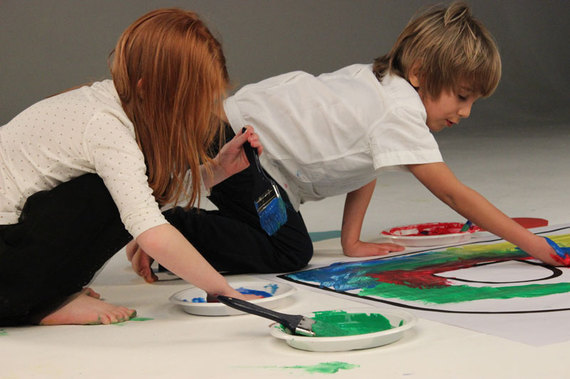 Our top tips for filming little ones:

1. Film two or more kids together who are already friends.

2. Keep them busy during the filming by organizing physical or creative activities.

3. Let the cameraman (not the parent) direct the kids.

4. Film the kids without parents present (if possible).

5. Leave the kids to play as freely as possible in front of the camera.

6. Film as quickly as possible.

7. Make sure the kids have lots of drinks and snacks between filming.