Due to Georgia's location in the Caucasus, the cuisine of this former Soviet Republic is influenced to varying degrees by the cooking traditions of Europe, the Middle East and Asia. While you may recognize elements of these other styles, Georgian food manages to carve out it's own niche as a unique, delicious cuisine that is popular all over the former Soviet Union, and is beginning to export itself to the western world. 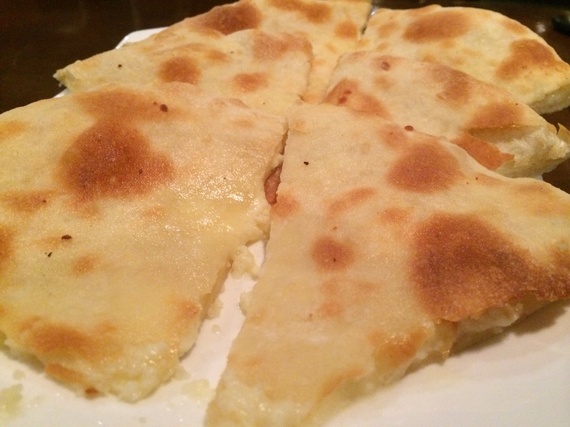 This dish will immediately look familiar to most westerners, as it bears a passing resemblance to a pizza, or "cheesy bread." In essence, that is what khachapuri is. While there are a number of regional varieties, the dominant, and most delicious is Khachapuri Imeruli. This version comes from the Imereti region in Western Georgia, along the Rioni River. The dish is comprised of bread that is stuffed with imeruli cheese, which is like a smoother and more flavorful feta, then baked. Khachapuri is so ubiquitous in Georgia that Tbilisi State University has developed an index that tracks the price of khachapuri across the country and uses it as a measure of inflation. 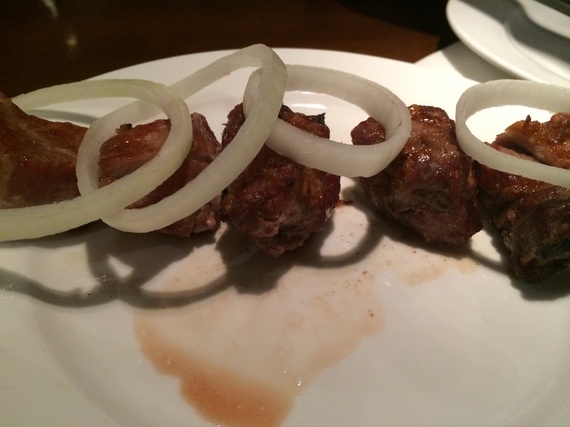 Grilled or roasted meat crops up across the Caucasus and Near East with subtle country specific variations. Mtsvadi is essentially meat on a skewer that is roasted over an open flame. The meat, which is typically pork, beef or lamb, is seasoned, skewered alongside vegetables and cooked; similar to the Turkish shish kebab. What sets mtsvadi apart from similar regional rivals, are the Georgian spices used to bring out the flavors of the meat. 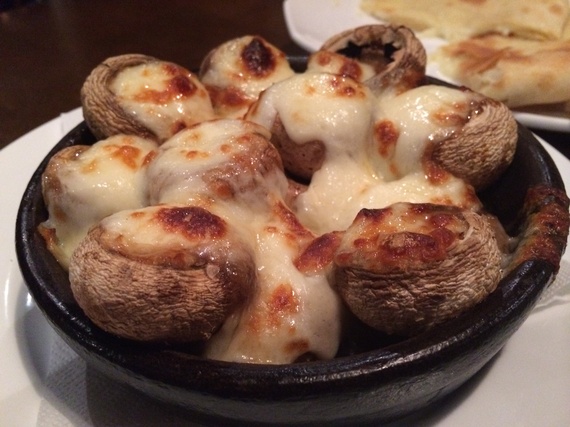 Soko Kecze translates roughly to "mushrooms in a clay pot." That is an apt if incomplete description of this dish. While it is generally served in a clay pot, the mushrooms are also topped with melted Georgian cheese. This cheese, combined with the liquid from the mushrooms that pools at the bottom of the pot during cooking makes for a delicious, if highly unhealthy mélange of flavors. 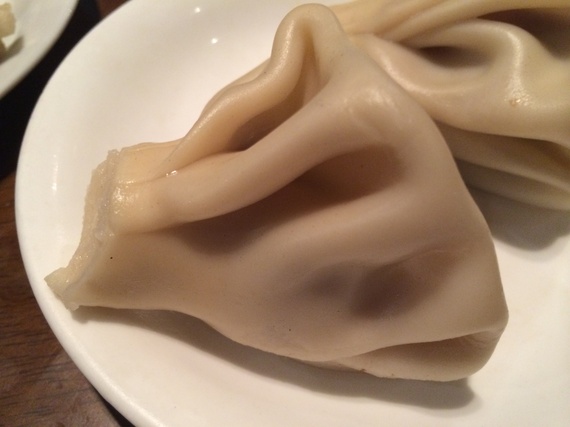 If there were a Mt. Rushmore of Georgian dishes, khinkali would be George Washington. There are dozens if not hundreds of regional dumpling varieties, China has dim sum, Nepal has the momo, for Georgia the khinkali is more than just a dumpling, it's a national obsession. You can find countless restaurants across the country that serve nothing but this fist sized dumpling, which is typically stuffed with spiced meat, cheese, potato, mushroom or other herbs and vegetables. At the top of the khinkali is a tightly wrapped doughy "handle" that is typically not eaten, but instead used to hoist the khinkali. Similar to the Xiaolongbao or soup dumplings popular in the Jiangnan region of China, there is often a liquid broth inside the khinkali as the stuffing is not cooked prior to being inserted into the dumpling. You cannot try Georgian cuisine and skip the Khinkali. 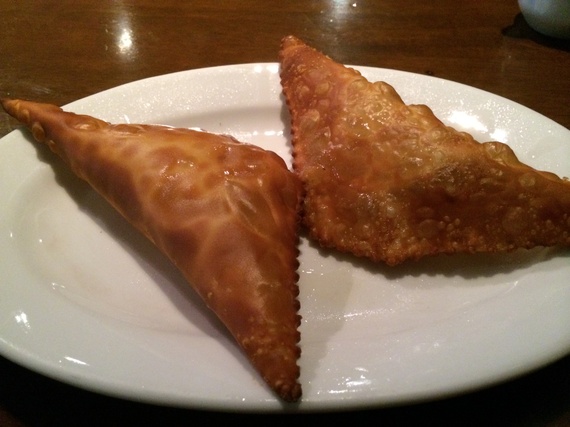 Chebureki are fried pastry turnovers that are typically filled with spiced meat, cheese or vegetables. They have been referred to as "the Georgian empanada." In case you haven't discovered a theme thus far, chebureki like most staples of Georgian cuisine are highly delicious, while not exactly the healthiest of foods. As with khinkali, the stuffing of the chebureki is cooked together with the surrounding dough, so there is often a soupy broth inside the flaky pastry.

What are your favorite Georgian dishes? Let us know in the comments.