She left Twitter a few months ago, but now Courtney Love appears to be back as CourtneyLoveUK with some nude pictures of herself.

"its me @courtneylover79 and ive returned TRIUMPHANT!," her new bio reads. In the pictures she shows off some new flower tattoos on her arms, breasts and stomach.

This will probably not help Courtney win back custody of her 17-year-old daughter, Frances Bean, who last month was put under temporary guardianship of Kurt Cobain's mother and sister. 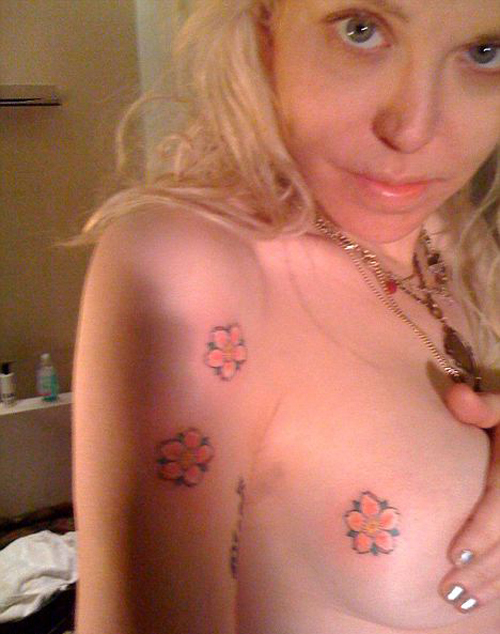 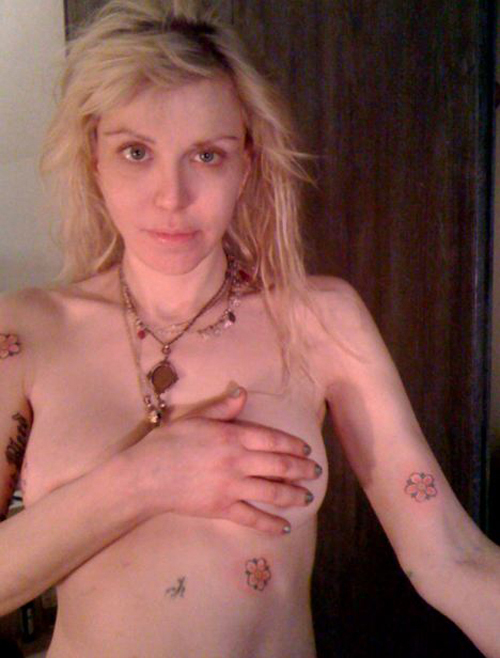 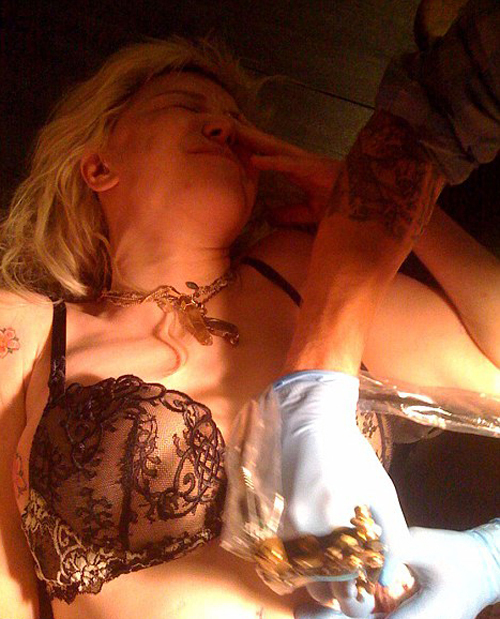