When asked about his childhood, Jean Bosco Ngwabije, 33, remembers two things -- fighting and running. In 1991, clashes broke out across the hills surrounding his home in northern Rwanda. His family scattered. Jean Bosco's memories of the events that followed are that of a child's, sporadic and blurred by the passage of time. He recalls following a crowd as they ran for a neighboring hill.

At just nine years old, Jean Bosco was alone, unsure if his parents were alive or dead, near or far. He made his way approximately 150 kilometers west to Gisenyi, near the border of what was then Zaire (now the Democratic Republic of Congo), where an elderly woman took him in.

Jean Bosco was in her house when the genocide began in April 1994. "I was always really scared," he recalls. "I saw people killing other people. I saw people going door-to-door and killing the people inside. People were pulled out of cars [and killed]. I thought I would be killed too. No one knew me."

For those horrific 100 days, Jean Bosco hid in the woman's home.

When the bloodshed ended, Jean Bosco emerged to a country that lost 800,000 people in just three months. Neighbor turned on neighbor. Parishes and schools became places of slaughter rather than refuge. Meanwhile, Rwanda was hemorrhaging thousands of people every day across its borders, mainly into DRC, Burundi, Tanzania and Uganda. 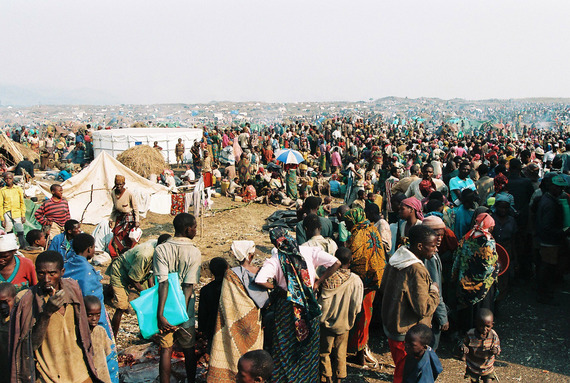 The killing spree and mass exodus left tens of thousands of children like Jean Bosco either orphaned or separated from their families. Search boards sprung up in communities with photographs of missing family members as UN agencies and humanitarian organizations, including Concern Worldwide, began to register lost or "unaccompanied" children.

Thousands of children without families

In August 1994, at the request of local authorities, Concern began running shelters for unaccompanied children across Rwanda. Julienne Mukarusanga joined Concern after the genocide and ran the center in Ruhengeri, a city in northern Rwanda.

"So many children passed through the center," Julienne says.

We worked all day, every day. We never sat down. When they arrived, the children were often dirty, with nothing but whatever clothes were on their backs. Many were sick and malnourished. Our first priority was to bathe them, give them new clothes and make sure they got the medical care they needed. They then would settle into a routine that would slowly allow for them to become kids again -- have breakfast, lunch and dinner, learn reading, writing and arithmetic and play. I felt like I was the mother of hundreds. 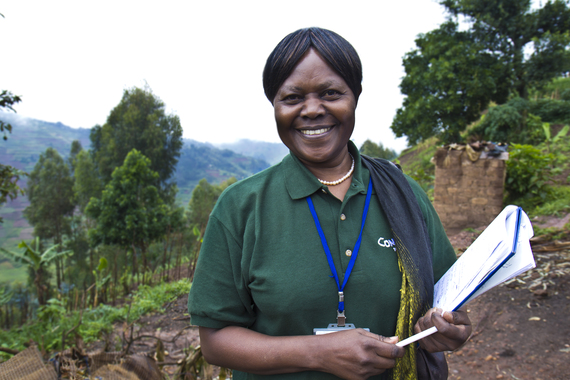 The centers did much more than care for children on a day-to-day basis. The genocide and mass exodus that followed left families fragmented. Many of the children in Concern's care had relatives who were still alive -- the challenge was finding them. To do this, Concern had teams of "tracers" who traveled to every corner of the country by car in search of relatives. The work was hugely time consuming, but effective -- at that time, the tracing teams were placing approximately 30 children a month with family members.

One day, one of those cars came through Gisenyi and took Jean Bosco to the Concern unaccompanied children's center in Ruhengeri. "That car saved my life," says Jean Bosco. "I was very well cared for [in the center]. Every day I woke up, ate porridge, played, learned English, had lunch, played...I thought my parents were dead."

When genocide broke out in 1994, Karoli Kanyengano had been separated from his family for three years. Throughout the slaughter, Karoli feared that if any of them were still alive and living in Rwanda, they would be targeted and killed.

When the Rwandan Patriotic Front (RPF) took over Kigali, ending the horror of the genocide, Karoli embarked on an extensive search to find any remaining members of his family. He walked for days from Kigali to his village near the Ugandan border. When that proved fruitless, Karoli did not give up, but carried onto DRC, where he combed through the massive refugee camps for his children's faces -- faces he had not seen in more than three years.

After months of searching, he gave up, assuming his family to be dead.

Jean Bosco was living at Concern's center for four months when the team asked him to once again get into a car like the one that found him Gisenyi. They drove along red-dirt roads deep into the hills of northern Rwanda, eventually reaching a village on top of a hill. They pulled up in front of a modest, mud-walled house where a man sat beside the road.

After war and genocide, hope and despair, Karoli and Jean Bosco, father and son who both assumed one another were dead, were reunited in the village they had all fled from years earlier. 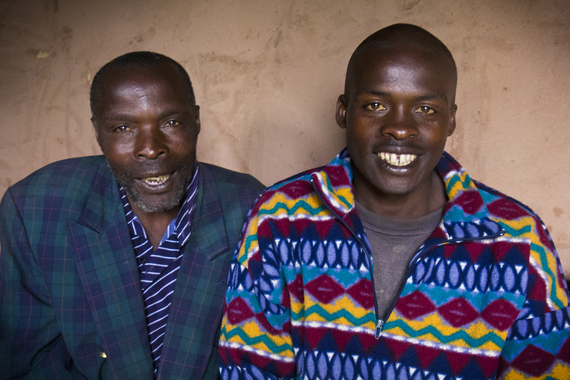 "I was really happy, happy, happy," says Jean Bosco, still shaking his head in disbelief. "You can't imagine what it is like to see your parents after years of thinking they had died. I couldn't believe it. It was a miracle. After all that time thinking he was dead to find him alive."

Today, Jean Bosco, now married and a father of five, lives next door to his father on the very same plot of land where they were reunited some 20 years ago. The two of them work side-by-side, farming and caring for their livestock. "I am very happy now," says Karoli, who is now remarried. "The worst part was being separated from all of them."

Decades have passed, but Jean Bosco still keeps in touch with the elderly woman who took him in all those years ago in Gisenyi. His mother is also still alive and is remarried and living in Uganda. His children went to visit her just a few weeks ago.

Jean Bosco believes it is important that his children learn about Rwanda's troubled history, but also that they will not be defined by it as he was as a child. "It is necessary [for kids to learn about it] because we have a very bad history in Rwanda," he says, sitting on a wooden chair in his two-room home as rain pelts down on his tin roof. "But Rwanda has a bright future. You can see it moving forward...Everyone is Rwandan. Whatever ethnicity mattered before does not exist anymore."

Concern Worldwide is an international non-governmental organization dedicated to reducing extreme poverty through emergency response, recovery and development programs. For information, please visit concernusa.org or follow us on Twitter (@Concern).