What's the best way to stop tornadoes from terrorizing the U.S.? Block them with gigantic walls. At least that's what one scientist is expected to propose at a meeting of the American Physical Society on March 5 in Denver.

The goal of the plan is to give some relief to "Tornado Alley," a region (between the Rocky and Appalachian Mountains that includes states from the Dakotas to Texas) that gets more than its share of twisters. The plan's developer, Temple University physics professor Dr. Rongjia Tao, maintains that the region's lack of mountainous terrain makes tornadoes especially violent and destructive.

"If we build three east-west great walls in the American Midwest, 300m high and 50m wide, one in North Dakota, one along the border between Kansas and Oklahoma to east, and the third one in the south Texas and Louisiana, we will diminish the tornado threats in the Tornado Alley forever," Dr. Tao wrote in a bulletin issued in conjunction with the upcoming meeting. "We may also build such great walls at some area with frequent devastating tornado attacks first, then gradually extend it." 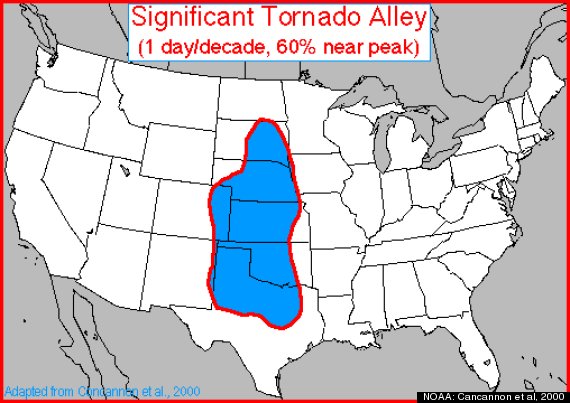 A map of Tornado Alley.

What do other scientists make of Tao's proposal? They're skeptical, to say the least.

Dr. Harold Brooks, a tornado researcher with the National Severe Storms Laboratory in Norman, Okla., told USA Today that tornadoes still occur in parts of Oklahoma, Arkansas and Missouri despite the presence of small east-west mountain ranges similar in size to Tao's proposed walls. So if those mountain ranges don't help, will things be different if the walls are built?

"It wouldn't work," Brooks said. "This is essentially a case of a physicist, who may be very good in his sub-discipline, talking about a subject about which he is abysmally ignorant."

Similar sentiments were offered by Dr. Greg Forbes, a severe weather expert at The Weather Channel.

"There are some east-west ridges in eastern Colorado (one is the Palmer Divide)," Forbes said in an article published on The Weather Channel website. "Eddies to the north of the Palmer Divide when winds are from the southeast are a good breeding ground for tornadoes." 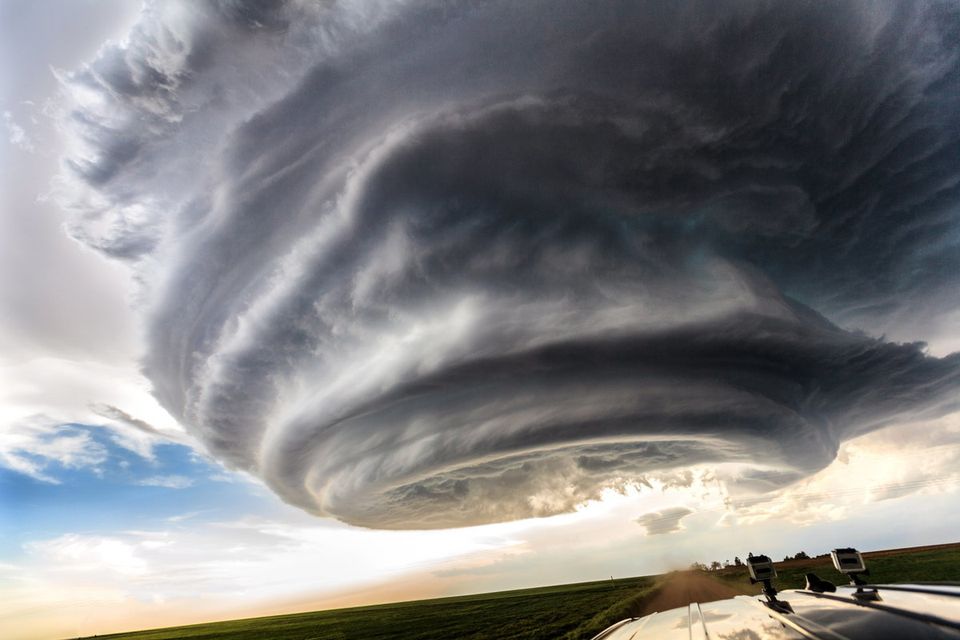 1 / 6
Storm Chaser Colorado Tornados
These incredible shots were captured by Marko Korosec, 31, a storm chaser on a recent month-long trip to the USA. The pictures, which were taken in "Tornado Alley" as Korosec travelled through Texas, Kansas and Colorado, were shot from a distance of 1km as the giant supercells ripped up the landscape.