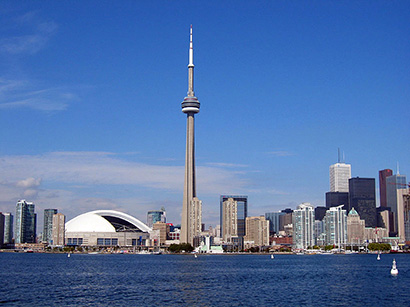 If your idea of Canada is dominated by maple syrup, hockey, flannel shirts or the G-20 Summit, it's time to discover Toronto as the new capital of Cool.

Toronto boasts a population of five million people, 200 ethnic groups and 130 languages. Each year the city absorbs approximately 50,000 immigrants, making it Canada's largest city and surprisingly one of the most culturally diverse communities in North America. 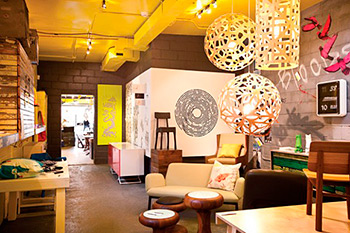 Although the Toronto skyline is dotted with a dizzying array of towering glass residential developments, it is the renewal of the once dodgy but now trendy West Queen, Ossington and King West neighborhoods that have visitors buzzing about the galleries, custom clothing boutiques, restaurants and specialty stores. As a reference consider these districts to be Toronto's Brooklyn.

The best way to get an insider's view of these neighborhoods is to take a tour with Betty Ann Jordan of InSite walking tours. Betty Ann, a former art journalist, has an all access pass to the young entrepreneurs responsible for the revitalization of these areas. 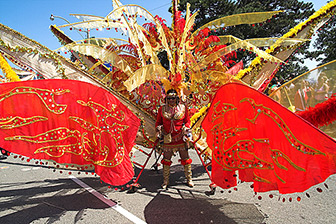 Moving further along you will discover the beating heart of the city lies in Kensington Market, Little Italy, Chinatown, Little Portugal, Greektown, and Little India. It is in these neighborhoods that you will see, feel and taste the vibrant mash-up of globalization and daily life coming together. If you really want to feel the beat, stick around for the ultimate street party Caribana, one of the largest Caribbean carnivals in the world. Caribana takes place July 30-August 1st.

To make use of the mild summer and early fall temperatures, Canadians have ingeniously packed their events calendar full of outdoor festivals. The festival organizers have strategically designed the programs to foster a new creative hub for art enthusiasts of all levels. By doing so, they have discovered that arts and music festivals attract an international crowd of repeat visitors.

As a return on their investment, the city of Toronto receives cutting edge art, innovative cultural programs and moProxy-Connection: keep-alive
Cache-Control: max-age=0

importantly, art tourism dollars that trickle down to all sectors of the local economy.

The key to making this equation work is strong community outreach. Instead of maintaining the mystic of art as being exclusive and indecipherable, the Canadians have literally taken the arts to the streets. The annual Luminato Festival recently showcased ten days of city wide performances, exhibitions, and artist talks.

An example of public art was the installation by the visual arts collective, FriendsWithYou. The artists who are known for their vivid pop aesthetic and large scale outdoor installations transformed Queens Park into Rainbow City. The park was filled with towering inflatable totems, bounce houses and celestial creatures that invoked playful interaction for the young and old alike. 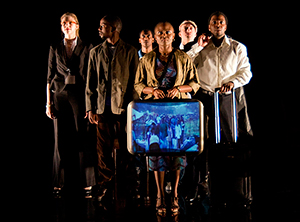 The hands down show stopper of Luminato was the theatrical production The African Trilogy. The production featured three individual plays Shine Your Light, Glo and Peggy Picket Sees the Face of God. Each play examined the multi-faceted relationship between Africa and the West by navigating the explosive questions 'Just who do they think they are? Just who do they think we are? Just who do we think we are?' The African Trilogy is smart, irreverent, challenging and brilliantly directed and acted.

During autumn the art party continues with the prestigious Toronto International Film Festival, September 9-19th. The film festival routinely attracts the Hollywood A-list as well as a half a million attendees each year.

From October 2-3rd the term Northern Lights will have new meaning with the Nuit Blanche Festival. Nuit Blanche features 24 hours of outdoor art installations that will light up the night sky throughout the city. The grand finale of Toronto's arts festivals is Flash Forward, celebrating the work of emerging photographers, October 6-10th. 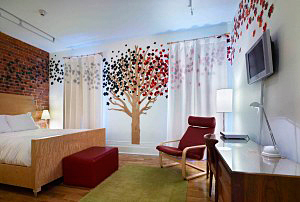 If you haven't noticed by now, Canadians are crazy about art. If they don't grab your attention outside, they will grab it when you try to go to sleep. At the Gladstone Hotel art is not something you simply hang on a wall, it is the hotel room itself. The 100 year old hotel features 37 artist designed rooms that showcase an individual theme for each room.

The Gladstone also presents a full schedule of exhibitions and an innovative Artist in Residence program for international artists who specifically want to create work in Toronto. On the luxurious end of the hotel spectrum, the newly opened Thompson Hotel has followed suit with a commissioned mural by Javier Mariscal, rooftop pool parties and celebrity DJ's. 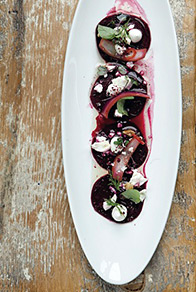 Believe it or not, Torontonians refer to food as 'the art that feeds people'. The city's chefs have expanded the palette of Canadian cuisine with an infusion of ethnic spices and inventive menus. The city's eclectic mix of culinary tastes and styles can be best experienced at Origin, a popular St. Lawrence neighborhood restaurant. 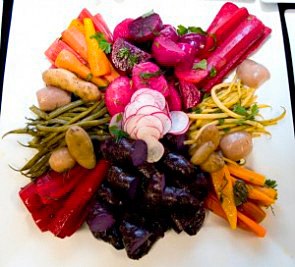 The overall gourmet trend is on food that is local, natural, healthy and delicious. This mandate is easy to pull off due to Toronto's close proximity to abundant farms, vineyards, and lakes. To highlight the city's commitment to healthy food, Toronto will be hosting the first ever Conscious Food Festival, August 14-15th.

Say goodbye to flannel. Toronto is the hot new destination for all things crazy, sexy, cool.

Lauri Lyons is the author of Flag: An American Story and Flag International

More:
BrooklynportugalCanadaArttourism
Newsletter Sign Up
An essential daily guide to achieving the good life
Subscribe to our lifestyle email.
Successfully Subscribed!
Realness delivered to your inbox