In this mesmerizing video, a GoPro camera captured stunning underwater footage of dolphins swimming off the coast of Santa Cruz, Calif.

What had started off as a typical day of fishing for Mark Peters and his friends ended in wonderment when the group realized the treasure they had reeled in.

Peters and his pals had been fishing for albacore tuna while the underwater antics of a school of Pacific white-sided dolphins were being captured by a camera below the surface.

According to comments on his Vimeo page, Peters said a GoPro Hero 2 camera with a flat lens and dive housing had been used to capture the footage. He added that a "torpedo" housing that he had constructed helped the camera to remain steady underwater.

The footage captured is, in short, pure magic. 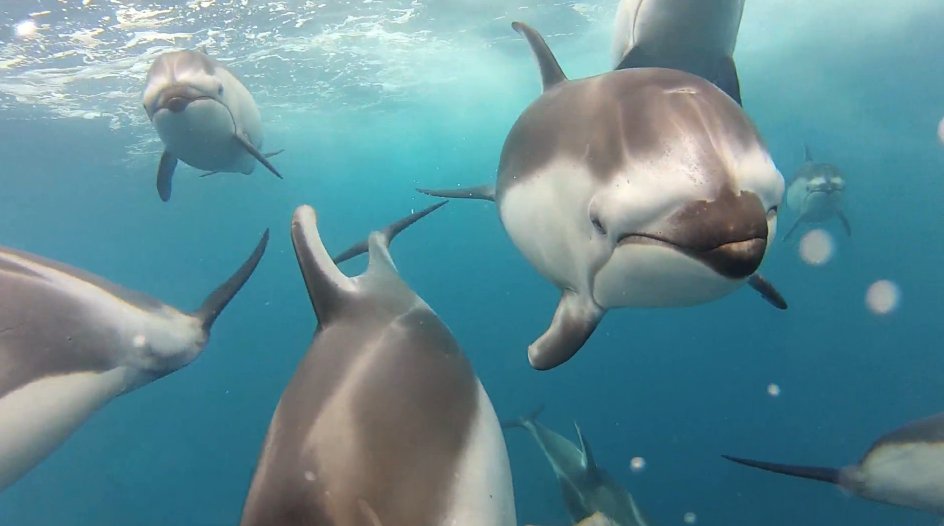 Screengrab from the video above

However, while the beautiful Pacific white-sided dolphins were undoubtedly the stars of this video, albacore tuna also deserve a mention here.

As one of the seven tuna populations with the highest market-value, albacore tuna is one of the most commercially wanted fish species on the planet and is therefore one of the most vulnerable to overfishing, according to the World Wildlife Fund.