It would only make sense that New York Yankees third baseman would date former professional wrestler Torrie Wilson. After all, he likely needs someone whom he can take to the gym.

While the two-time American League MVP has been waylaid by injuries in recent seasons, he was -- in his prime -- perhaps the most impressive physical specimen in baseball history. Powerfully built but lean and agile, the three-time AL MVP clouted home runs with Ruthian prodigiousness and played shortstop like an over-sized Mark Belanger. He also took steroids. So, while the authenticity of those other achievements is up for debate, there is no doubting that this guy constructed his body into as powerful and precise an instrument as he could. Perhaps this is why he seemed so enamored with his reflection in that infamous Details photo shoot.

Needless to say, it's fitting that the latest sighting of A-Rod and Wilson came at a gym in the former WCW and WWE starlet's hometown of Boise. Initially, A-Rod was spotted at Axiom Fitness by Mike Murad on Dec. 26, a news anchor for Channel 2 in Boise. Murad tweeted a picture of Rodriguez on a cardio machine.

Didn't expect to see A Rod next to me at gym today. Didn't say why he's here but said keeping low profile! GL! pic.twitter.com/PNV2t3jw

Coincidentally, another of former member of Boise's media establishment, Randy Simon, happened to be working out at Axiom and informed the Idaho Statesman that the polarizing Bronx Bomber was with Wilson, the 1998 Miss Galaxy winner who has graced the pages of Playboy.

This Christmastime exercise session for the pair of 36-year-olds was not the first time that these two have been spotted together. Rodriguez and Wilson were previously seen bicycling in Miami and vacationing with actor George Clooney and his girlfriend, another wrestling beauty, Stacey Keibler.

After word of the A-Rod's presence in Boise during the holidays trickled back east, Murad found his eyewitness account of the ballplayer lightly exercising in high demand.

@RAPanitz @people @jessflynn Saw that! Good to know after 13 years in biz, my claim to fame is spotting A Rod. Should have started with TMZ!

Rodriguez had split from actress Cameron Diaz, his previous girlfriend, back in September. Seeing as how that pair's most famous moment involved Diaz feeding A-Rod popcorn at the Super Bowl, this gym sighting seems more his style. Moreover, Wilson is hardly the first buff gal that he has been linked to. When Rodriguez divorced from his wife, Cynthia, in 2008, it was rumored that his relationship with Madonna was a factor. The aging pop idol has a catalog of songs to envy -- as well as triceps to kill for.

During his marriage to Cynthia, the couple appeared in the 2004 Sports Illustrated swimsuit issue looking impressively ripped. In 2007, A-Rod drew unwanted attention when he was spotted enjoying the company of a muscular stripper in Toronto named Joslyn Morse. The New York Post described her as "a workout fanatic with a hard-cut physique who appeared topless in an October 2001 edition of the skin magazine Playboy's Casting Calls."

Based on the rumored relationship with Wilson, it certainly sounds like Rodriguez has a type. This makes it all the more confusing that he dated Kate Hudson. Perhaps she was just trying to get close to Mariano Rivera? 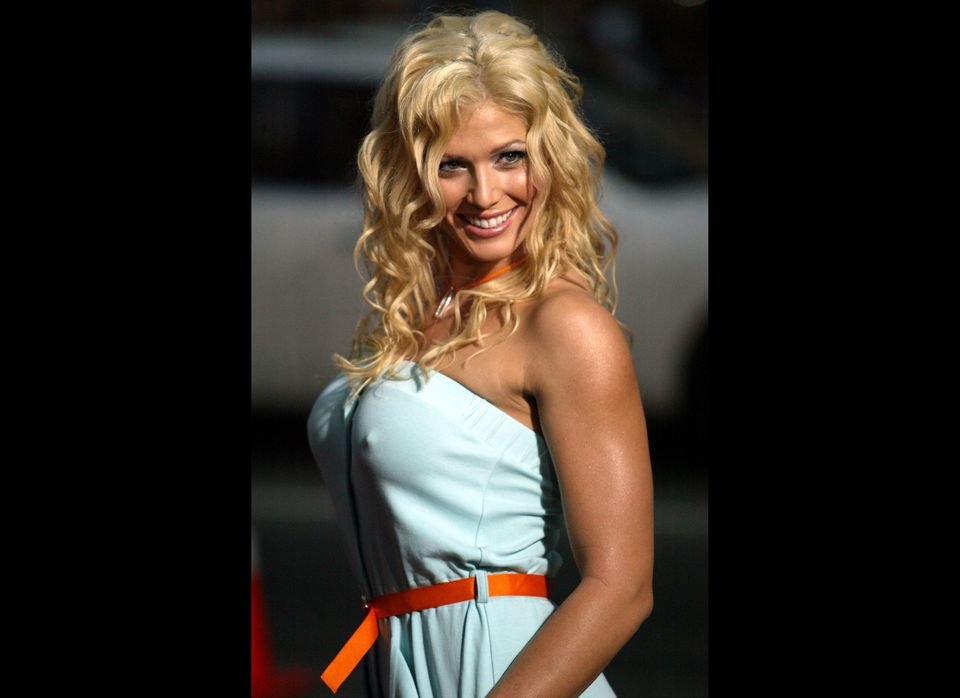