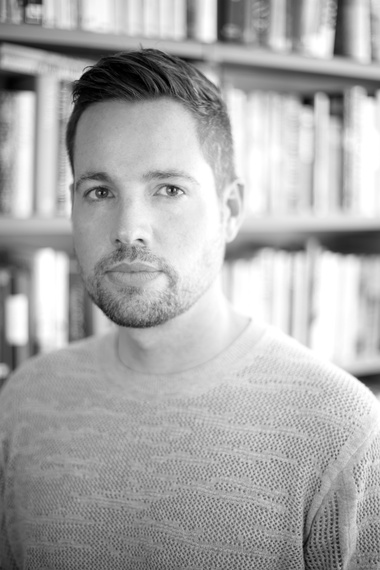 In an era when mainstream publishers are increasingly reluctant to take chances on LGBT fiction, it's heartening to see one of the most exquisite gay anthologies of the year being published by UK literary imprint, Robinson, a division of Little, Brown Book Group. Torsten Højer, the editor of Speak My Language and Other Stories, sat down with contributor, Diriye Osman, to discuss the process of creating the book.

How did this book come about? What inspired you to take on the challenge of putting this anthology together?

For a period of about six months, I was a nag (my boyfriend may attempt to extend "half a year" to "constantly", but we're not asking him, are we?) to the publishers. Robinson had published The Mammoth Book of Gay Short Stories, edited by Peter Burton, in 1997. Out of print and not readily available, I thought it was about time they published a new collection and to my surprise, they took a punt and continued to pick up the phone each time I called. And I called a lot. Through a mixture of the drip-drip effect and the conjuring of some semblance of charm, they were sufficiently hypnotized to share my vision of creating a fresh anthology of gay literary fiction.

Only after we had agreed to go ahead did I see the blank 592 pages and the looming deadline and wonder what the hell I'd got myself into. But it's a wonderful feeling, that mixture of excitement and fear.

How did you select the writers? It's an incredibly diverse group of established and emerging voices.

My aim was always to feature a cherry-picked dolly mixture of voices. I've always found it exciting and important to have friends of varying ages: to hear first hand from older friends about their experiences of life in 1950s Brighton, where one partner would have to jump out of bed and hide if anyone came to the door of their shared one-bedroom flat in case they were discovered and the risks that posed; to hear younger friends discuss gay marriage as if it's been with us for decades, with little knowledge of what went before. I also find it fascinating that we can access so much instant information about gay life in other countries, such as Russia or Uganda, opening us up to truly global gay experiences.

With this in mind, the theme of this collection is an exploration of gay life from a multitude of perspectives, ages, eras, locations, cultures and political climates. As the wonderful Stephen Fry writes in the foreword to this book, the stories are strikingly different from one another but 'offer a surprising sense of shared identity.'

I was also keen to ensure this collection provided an opportunity for talented emerging writers to be placed alongside well-known and established authors, some of whom, such as Felice Picano, were pioneers of gay writing in the early days of gay liberation.

Tell me about the highs of collating this anthology? What was the moment that you knew it was all going to come together beautifully in the end?

The most joyful element of putting this collection together was sharing the excitement with the contributors. As it came together, the buzz built and the support was sometimes overwhelming. Many authors suggested further writers and spread the word and there was a real sense that we were on the right track to create something special.

You've worked for many years as a journalist. What was the transition like from journalism to editing an anthology like this?

Oddly, the two disciplines are quite similar. As a news journalist, rooting out an original story and seeing it syndicated around the world on gay news sites offers a similar feeling to uncovering some great new fiction and seeing it in print and available.

Now that the book is out there in the world, what do you hope it will achieve in terms of gay literary representation?

I'm very proud of the fact that there's such a huge variety of stories in this collection. Gay men are represented as the protagonists in genres ranging from sci-fi to thriller and action to magical fantasy and in many shapes, sizes and forms.

Have you been commissioned to create an anthology series as a result of your work on Speak My Language?

Not yet, but if people buy the book and Little, Brown Book Group is reading this, I would love to!

Judging from your experience, do you think we still have a long way to go with regards to gay literary representation?

It seems that TV has taken centre stage when it comes to gay representation, with shows like Hollyoaks and Eastenders bringing gay storylines to a mainstream audience. Gay characters are perhaps more prevalent in literature than ever and often in books enjoying widespread success. Patrick Gale, who is also a contributor to Speak My Language, is an obvious example - a writer who has bridged the gap between "gay author" and "bestselling author", taking his gay characters along with him.
Due to this crossover, some are prophesying 'the end of gay literature', but in a world of constant and often speedy change when it comes to gay rights - in both forwards and backward steps - there are still many stories to be told. Arguably, more.

Speak My Language and Other Stories is available from Thursday 19th November in paperback and e-book editions.

Stay up to date at