Lego bricks are making life a lot easier for this critter.

"I noted for the first time that Blade wasn't so active and fit as the other two turtles [I own]," Peste said, according to the video's description.

When she brought Blade to veterinarian Dr. Carsten Plischke, it was discovered that he had a metabolic bone disease and couldn't support the weight of his shell. That's when Plischke had an idea. 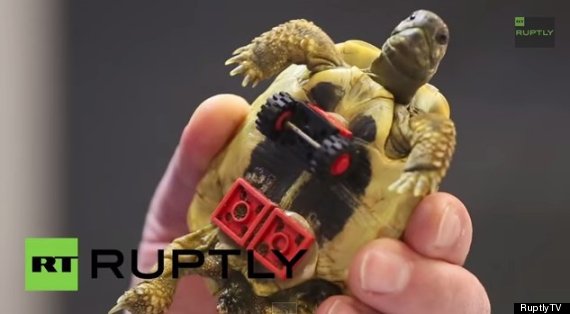 The vet recalled his own son's Lego bricks and used six toy pieces to make a customized "wheelchair" for the tortoise, CNET.com reported. He glued his creation to the bottom of Blade's shell with tortoise-safe glue. Though it took the little guy some time to warm up to his new device, Blade soon figured out how to propel himself forward. 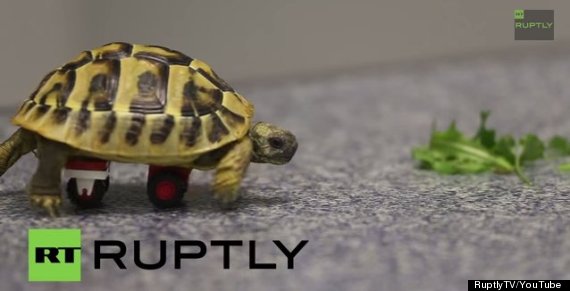 While the solution isn't the most traditional, the veterinarian says when it comes to animals, doctors need to think outside the box.

"For people there are walkers, rollators or prostheses but for animals there are no companies that produce something like that," Dr Plischke told CNET.com. "The size variation of animals means they can't establish uniform products. So you have to come up with creative solutions; every animal needs its own treatment."

Plischke said that along with allowing the tortoise to move around more easily, the wheelchair will also strengthen his legs, preparing Blade for the day he will walk unassisted.