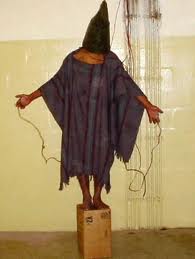 The Senate Intelligence investigation reportedly demolishes the CIA claims about the value of the brutal interrogation tactics the Bush administration approved. According to Jane Mayer in The New Yorker, the Obama administration is opposing the release of this document at the urging of CIA Director John Brennan.

Failure to address this issue could allow future administrations to claim that "enhanced interrogation" is effective and legal, when just the opposite is true.

For example, Manadel al-Jamadi, an Iraqi deemed a "high-value" target by the CIA, was severely beaten and then subjected to a form of crucifixion known as "Palestinian hanging." He died forty-five minutes later without having revealed whatever information his American interrogator was seeking.

Al-Jamadi was the victim of so-called enhanced interrogation techniques, which include hypothermia, stress positions, long-time sleep deprivation and waterboarding. Those practices have a pedigree dating back to the Spanish Inquisition, the Soviet NKVD and the Gestapo. The Gestapo even used the same term as the Bush administration, verschärften Vernehmung, or enhanced interrogation, for practices which Norwegian post-war trials later labeled as war crimes and even capital offenses.

Abusive practices such as waterboarding were always labeled torture - and punished as war crimes. After WWII, thousands of Japanese were imprisoned and over five hundred were executed for war crimes, including torture. At the top of the list of such capital crimes was waterboarding for which a number of Japanese soldiers were hanged, while others received lengthy prison sentences.

U.S. and international views were codified in the 1984 UN Convention on Torture which prohibits intentionally inflicting severe pain or suffering on a person in order to obtain information or a confession.

Then came the Bush Administration, which decided to rewrite history. Bush's attorney general labeled the UN prohibition of torture "quaint" and his Justice Department issued Orwellian memos that initially declared the protections of the Geneva Conventions did not apply to suspects affiliated with Al Qaeda, the Taliban or other "non-state actors." Later "torture memos" permitted mistreating prisoners provided that the pain inflicted did not surpass that of "serious physical injury, such as organ failure, impairment of bodily function, or even death."

Al Jamadi was not an isolated case. A recent nonpartisan, independent review of interrogation programs after 9/11 concluded that "it is indisputable that the United States engaged in the practice of torture." That finding is supported by a recent Guardian/BBC documentary which reveals that the U.S. funded dozens of previously secret "torture centers" around Iraq.

Jeremy Scahill (Dirty Wars) has described the Bush administration's mistreatment and torture of thousands of people at Abu Ghraib, Bagram, and at "black sites" around the globe.

The torture apologists have argued that "enhanced interrogation techniques" were justified because they produced intelligence not otherwise available. The most egregious case involves a CIA Clandestine Service officer who ordered the destruction of interrogation tapes and now argues that, well, yes, we got important information from the use of such techniques. But sorry, the evidence is gone.

The CIA inspector general issued a report disputing those assertions, saying the evidence did not support such conclusions. The Senate Intelligence Committee has investigated such claims at even greater length.

Khalid Sheikh Mohammed (KSM) is the textbook case on whether torture "works." He was captured March 1, 2003, and waterboarded 183 times. People knowledgeable about his interrogation say KSM never gave any information that could be relied on, including bin Laden's location.

Torture does produce information, but it's not reliable; people will say anything to stop the pain. The case of Ibn al-Shaykh al-Libi, (born Ali Mohamed al Fakheri), illustrates the point.

Al-Libi was captured by the CIA and then turned over to the Egyptians in late 2001, who then tortured a claim out of him that Saddam was providing al Qaeda with training in chemical weapons. This coerced confession was the "credible evidence" on which Bush based his televised 2002 claim to the nation that Saddam was cooperating with al Qaeda on WMD...even though a February 2002 DIA report had questioned the confession as likely obtained under torture. In January 2004, al-Libi recanted his "confession," and a month later, the CIA recalled all intelligence reports based on his statements. A bipartisan Senate Intelligence committee report later concluded that al-Libi fabricated the link "to avoid torture." So it was false information elicited under torture that gave Bush and Cheney their WMD pretext for the trumped-up Iraq war.

Matthew Alexander, a former senior military interrogator who conducted or supervised over 1,300 interrogations in Iraq, has said that waterboarding and enhanced interrogation techniques "always result in either limited information, false information or no information" KSM, despite being waterboarded relentlessly, never gave up the name of bin Laden's courier, which he had to have known, according to Alexander. Al-Libi despite being tortured, gave a false name for bin Laden's courier - Maulawi Jan - which sent the CIA on an extended wild goose chase. (The government reportedly got the courier's real name - abu Ahmed al Kuwaiti -- in 2007, through other means.)

Releasing the Senate Intelligence Committee report on interrogation would help dispel the misimpression that "enhanced interrogation techniques," as portrayed in the popular media, are effective and legal. Such practices are illegal by U.S. and international law, have been shown by U.S. government agencies to be ineffective, damage our international reputation as a leader of the Western democracies and are possibly a rationale for retaliation against the U.S. and its interests.

(Co-written with Tom Maertens, retired Foreign Service officer who served as NSC Director for non-proliferation and homeland defense under Presidents Bill Clinton and George W. Bush, and as State Department Deputy Coordinator for Counterterrorism during and after 9/11; and Glenn L. Carle, retired from Clandestine Services of the CIA, retiring as Deputy National Intelligence Officer for Transnational Threats, author of The Interrogator, An Education)