When 26-year-old Englishwoman Torz Reynolds learned her boyfriend of two years was cheating on her, she decided she needed to remove her tattoo.

And then send the skin to him.

Reynolds, of Colchester, Essex, told the Daily Star this week that 24-year-old Stuart "Chopper" May claimed he was moving to Alaska to pursue a new job, but it turned out he was just at his home in Tiptree, Essex, shacking up with a new lady. Reynolds reacted by using a scalpel to remove the entire section of skin where the words "Chopper's Bitch" were tattooed.

Advertisement
THE IMAGE BELOW IS GRAPHIC. CLICK TO REVEAL IT 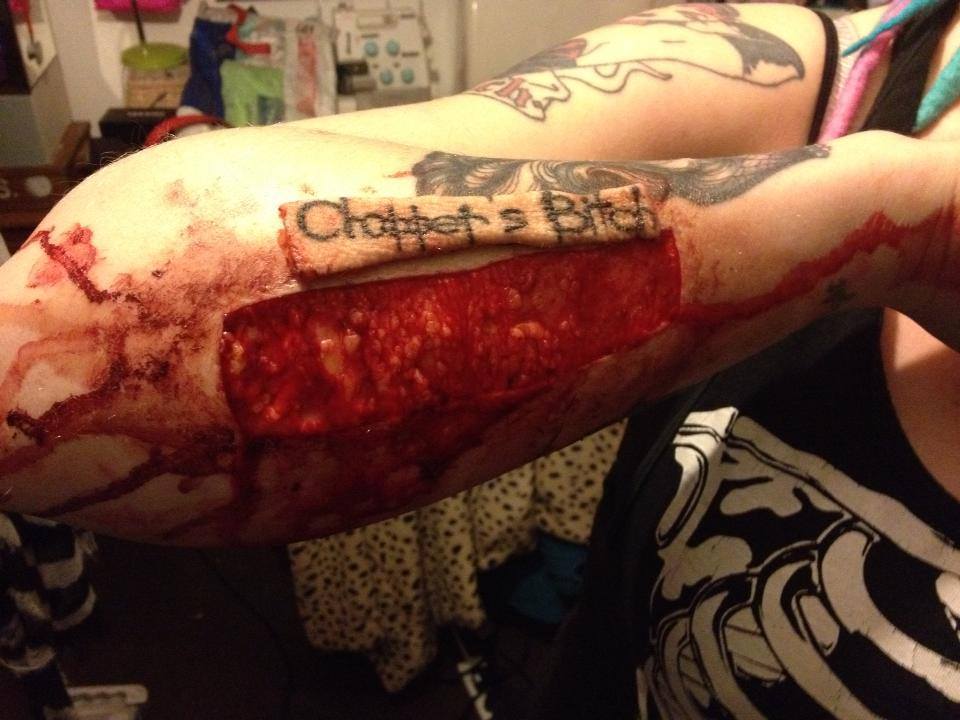 According to the Daily Mail, she numbed the area with Vasocaine spray before slicing a rectangle around the area, then using tweezers to peel it off.

She posted an image of the bloody result to Facebook in December. When a friend called the act "crazy," she replied, "Crazy was getting his name tattooed in the first place. . . cutting it out was just necessary! ;-P"

She then conceded that she may end up getting someone else's name tattooed on her body, because "Its not lyk there permanent! Haha! [sic]"

Reynolds didn't let the severed skin go to waste, though. She packaged the skin chunk in a jar and mailed it to Mays, complete with a bow on top, according to the Daily Mail.

"Posting the tattoo to Chopper sent a clear message," she told the Daily Star. "Now he knows never to mess with me again."

A Facebook post from March 2012 indicates that she dealt with the tattooed name of a different lover in a similar fashion.