This is what we now witness in the case of Ahmet and Mehmet Altan, two of the country's top intellectuals, first one an author and journalist, the latter a scholar and political analyst, who were taken to police custody and kept behind bars for a week, at the time of writing. 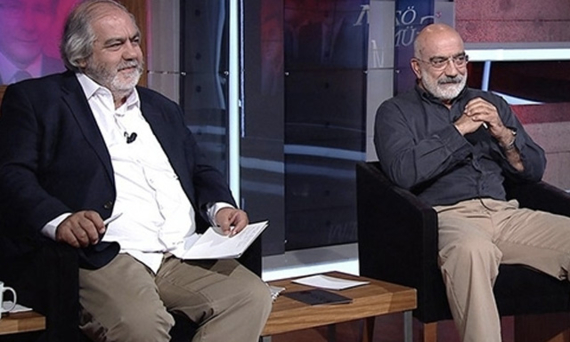 Such a deja vu.

Their father, Çetin Altan, another top intellectual, journalist and a brilliant, sharp-tongued politician, a legendary figure behind the introduction of democratic left in the 60's, was 45 years ago arrested by the command of the emergency rule in Istanbul. The date was early 1971, and the motive was, simply, dissent to authoritarianism. This episode led the father Altan to write a much-acclaimed novel, 'Grand Detention', describing the brutality and imense intolerance of those dark days. 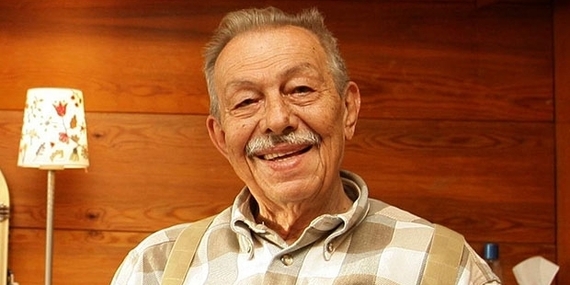 Almost half a century later, it is now his two sons' turn.

Two bothers are accused of delivering 'subliminal' messages precursory of the coup at a TV programme (whose host, 72-year old female journalist, Nazlı Ilıcak, already in jail), some days before the putchists spilled blood in Turkey's streets. As a matter of fact, what they did was to warn the government, and the public, that the AKP's oppressive measures pushed Turkey into the abyss and this was no good path.

The prosecutor who incarcerated went away for celebrating religious (Eid al-Adha) holidays. Their lawyer issued protest letters, so far to no avail.

Nobody knows, at the moment, for how long Altan brothers will be kept in jail, since Turkey has become under the emergency rule an 'Arbitrary Republic'.

Meanwhile, a huge petition campaign by the intellectuals worldwide - writers, philosophers, artists, scholars, journalists... - keeps growing, having reached the number 272 so far. This is a strong chorus which aims to break the deadly silence indirectly endorsed by the western politicians. 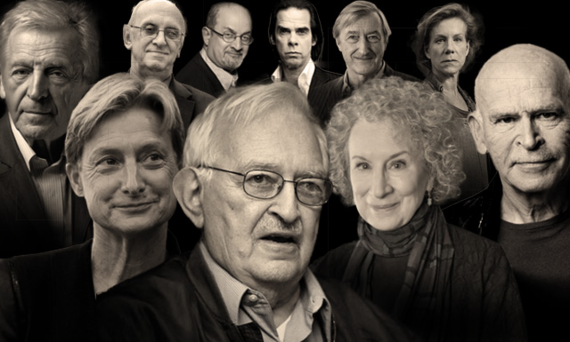 Early Wednesday this week, I called Elvan Alpay. A frail voice was on the other side of line. 'How are you?' I asked. 'On our way, Yavuz' she said. 'Almost there, at the gate Silivri Prison. I am to meet my father. I hope to hold his warm hand.'

She is the daughter of Şahin Alpay, who is one of the imprisoned intellectuals, kept behind bars since July 27. As a powerful liberal voice, he is facing the inevitable fate of being a dissident these dark days. I wished Elvan good luck, sending my support to her frail, 72 year-old dad. 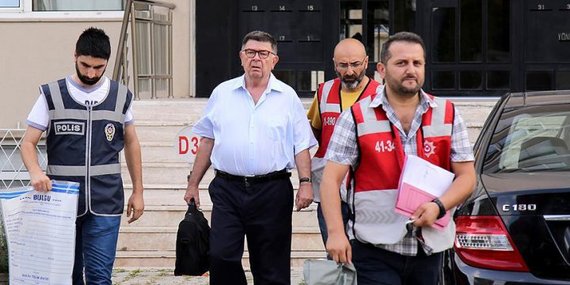 Less than a week after the visit to Ankara of two top EU dignitaries, Federica Mogherini and Johannes Hahn, who skillfully avoided to touch delicate subjects on human rights violations, I was 'slapped in the face' by a story, on Tuesday, in daily Cumhuriyet.

'Old torture tools are back' the title said. The main interviewee was a bold defence lawyer, who worked for Human Rights Association (IHD), Gülseren Yoleri, who told in detail of what she personally observed, in Diyarbakır and Istanbul.

"Let me tell you about Silivri prison' she says, and offers following observations:

"We knew that stripping of the rights began immediately after the coup attempt. There are severe restrictions on social converstaions and medical treatment. The prisoners (in need) are told that because of emergency rule, they can not be taken to hospital. The prison filled beyond its capacity. We know for certain that those held in there are able sleep in turns. Small cells are serving as wards for many, where one has to wash dishes in toaletts, no ventilation. prisoners told us they had to stick their faces to the window glasses to be able to breathe. Those kept there for long now have health issues. There are nude body checks when entering and exiting these tiny wards. There is talk about hunger strikes now. Chaos is reigning in the prisons, as a matter of fact."

"Let me tell you about a woman who came to IHD. She said to us: 'We have no relation at all with FETO ('Fethullah Gülen Terror Organisation', as the official saying goes). We are just a conservative family. My husband was fired. I could meet him in his fourth day in prison, with bruises in his face. When I asked what happened, police officers intervened. If I asked anything, he said, I would also be arrested. My husband was told that if he had said anything to me he would remain in prison for 30 years. My husband was truly frightened. 'Please' he said to the officer, 'don't put me back to police detention room! I prefer to serve 30 years here."'

"We visited as a 18-people delegation to Diyarbakır and Nusaybin. We were told that 'old style torture had come back', that electric tools and strappados were taken out from where they were hidden."

The bitter irony is, of course, all these recounts come up just days after the top level EU visit, where all Mogherini, Hahn and their counterparts talked about was how important the 'strategic partnership' is, and how 'visa freedom' for Turkish citizen remain in the agenda. In Turkey, there is no more any reporter allowed to ask the 'disturbing' questions and no outlet to print or show them, except a tiny few newspapers. (One of them, by the way, Evrensel, is now under threat to be shut down, any day now.)

A negotiating partner with the EU, which exercises torture? One wonders, what sort of Progress Report about Turkey Brussels will issue soon - if there will be any, without any delays, like last year, of course.

What a revenge of reality, only days after a top level EU visit in Ankara! A slap in the face of all those, from various political colours, fought for years for rule of law and democracy. 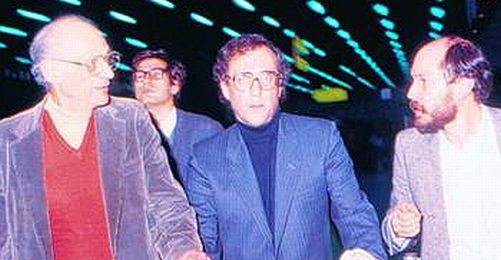 When I watch the protest list of intellectuals from all corners of the world grow, my memory took me back 30 years ago. The date was March 17, 1985 when two writers, Arthur Miller and Harold Pinter landed in Istanbul Airport. They were invited by Turkish intellectuals on behalf PEN, who wanted to raise the issues on torture and human rights violations sweeping over Turkey in the wake of the military coup. That was a tough call, because everyone knew that most western diplomats were keen on not 'interfering' the domestic affairs of Turkey, which they thought would jeopardize the its relationship with the west, crucial in Cold War.

Miller and Pinter were greeted by two brave intellectuals at the airport: Academic Gündüz Vassaf and a young man. He introduced himself to the two literary giants.'Hello, I am Orhan Pamuk' he said. 'I will help you with the translations and be with you during your visit.' (He is behind the authors, at the picture above.)

The guests had intimate talks with the dissidents in Istanbul, then under immense oppression of the military, massive torture being practiced in jails across the country, they headed for an important dinner in Ankara - invited by the arch-conservative ambassador of the USA, whose name was Robert Strausz-Hupe.

For the sake of how chilling the deja vu with today's Turkey, let us see how Harold Pinter later wrote about that dinner:

"The US Ambassador, hearing of our presence and thinking he was playing a clever card, gave a dinner party at the US embassy in Ankara in honour of Arthur... I had hardly taken my first bite at the hors d'oeuvres when I found myself in the middle of a ferocious row with the US political counsellor about the existence of torture in Turkish prisons."

"This rattled on merrily throughout the dinner until, finally, Arthur rose to speak. Since he was the guest of honour the floor was his and he made it his in no uncertain terms. He discussed the term democracy and asked why, as the United States was a democracy, it supported military dictatorships throughout the world, including the country we were now in? "In Turkey", he said, "hundreds of people are in prison for their thoughts. This persecution is supported and subsidised by the United States. Where", he asked, "does that leave our understanding of democratic values?" He was as clear as a bell. The Ambassador thanked him for his speech."

"After dinner I thought I'd keep out of trouble for a while and went to look at the paintings. Suddenly I saw the Ambassador and his aides bearing down on me... The Ambassador said to me: "Mr. Pinter, you don't seem to understand the realities of the situation here. Don't forget, the Russians are just over the border. You have to bear in mind the political reality, the diplomatic reality, the military reality."

"The reality I've been referring to", I said, "is that of electric current on your genitals." The Ambassador drew himself, as they say, up to his full height and glared at me. "Sir, he said, "you are a guest in my house." He turned, as they also say, on his heel and his aides turned too. Arthur suddenly loomed up. 'I think I've been thrown out', I said. 'I'll come with you', Arthur said, without hesitation. Being thrown out of the US embassy in Ankara with Arthur Miller -- a voluntary exile - was one of the proudest moments in my life." 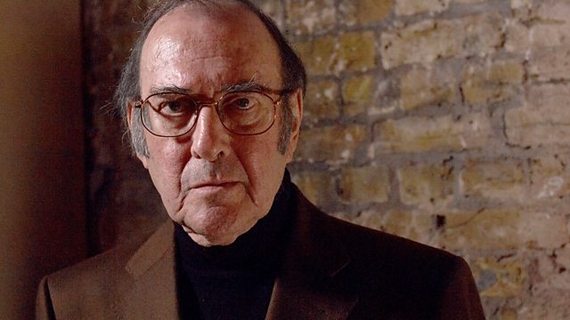 Rumour had it then, that, the military rulers at that time even considered arresting the visitors, as they were leaving Turkey.

Here is where we are,stamping on the same old ground, after 30 years.