Finally, China had an act of nature it could celebrate. After an Olympic year of freakish natural disasters, crowds of Chinese watched a total solar eclipse along the country's ancient Silk Road on Friday, one week before the start of the Summer Games in Beijing.

It was a welcome respite after a 2008 that began with heavy snowstorms at the Chinese New Year, followed by China's deadliest earthquake in a generation, then river flooding -- and even a huge algae bloom at the Olympic sailing site. Online, some Chinese murmured about curses.

Below are images of the eclipse from around the world:

Graphic showing the path of the solar eclipse. Thousands of people gathered across Arctic regions, Siberia and China to see a total eclipse of the sun, despite Chinese warnings that it could augur bad luck.(AFP Graphic) 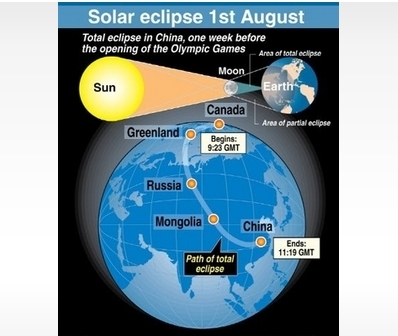 A man and his camel walk past as the sun is blocked by the moon during a solar eclipse in Gaotai, Gansu province August 1, 2008. (Aly Song/Reuters) 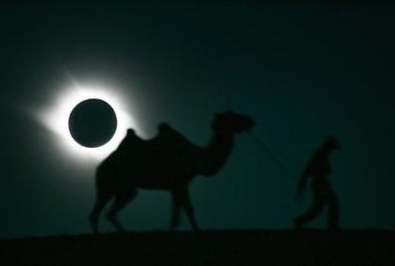 In this photo released by China's Xinhua News Agency, the total solar eclipse is observed at 7:21 pm (1121 GMT) on Friday, Aug. 1, 2008 in north of Xi'an, capital of northwest China's Shaanxi Province. The total solar eclipse, the first that can be viewed in China in the new century, occured on Friday.(AP Photo/Xinhua, Ding Haitao) 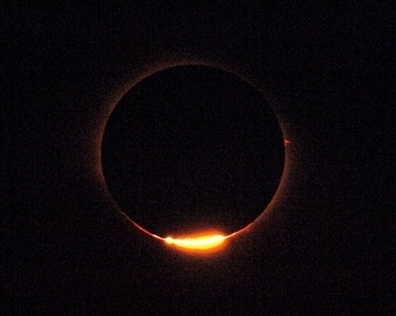 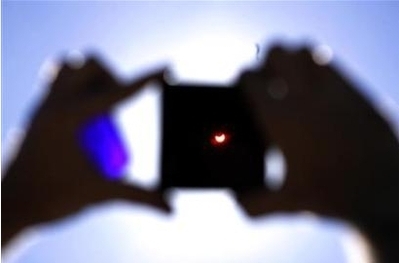 Partial solar eclipse is seen against a crescent of Islamabad's grand Faisal mosque in Pakistan on Aug 1, 2008. (AP Photo/B.K.Bangash) 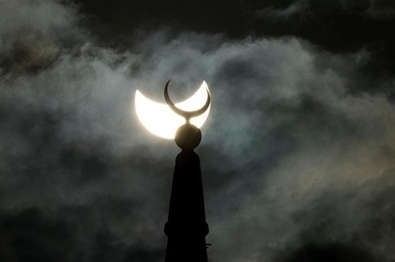 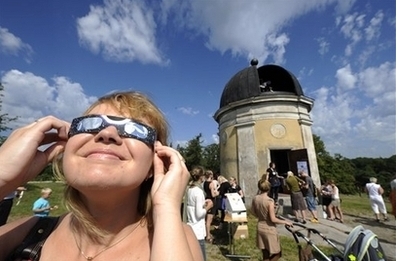 A woman shows the reflection of an image of the partial solar eclipse at a planetarium in Gauhati, India, Friday, Aug. 1, 2008. The event was seen as a total eclipse in Arctic Canada, then passed through Greenland, western Siberia, Mongolia and China. People have been recording solar eclipses for perhaps 4,000 years, and they typically inspire a combination of dread, fascination and awe. According to NASA, the next total eclipse will occur July 22, 2009, starting in India and moving across Nepal, Bangladesh, Bhutan, Myanmar, China and over the Pacific Ocean.
(AP Photo/Anupam Nath) 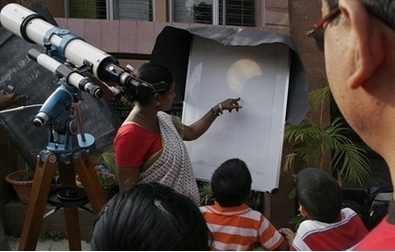