We just stumbled upon this Venn diagram from Redditer likepeterose that compares the three types of people in life who are actually paid money to, ahem, inspect your wares.

It's interesting to see the similarities mapped out this way, even if it's also a little bit disturbing. Now we'll have something to say next time someone asks "What do a doctor, a prostitute and a TSA Agent have in common?" (Via Reddit) 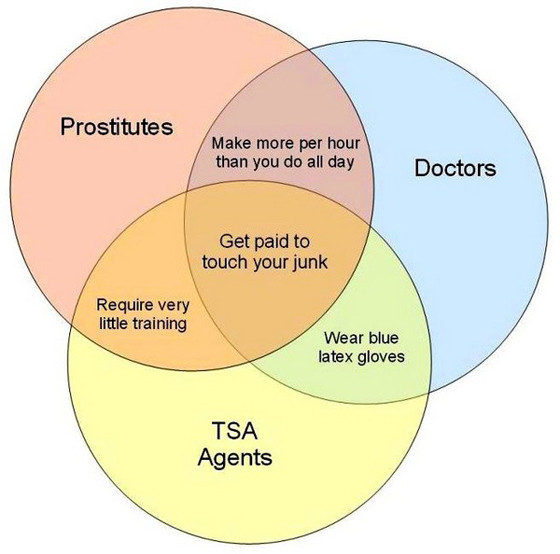