Most people don't get to Antarctica once in their lives; I've been fortunate enough to go twice. Ten years ago, I flew on a converted Russian cargo plane from Punta Arenas, Chile into the interior to camp on the ice for eight days. This past November, I boarded a small ship in Ushuaia, Argentina to "cruise" across a wild and empty sea to return once again to the most remote, windiest and inhospitable place on earth.

This is not a cruise in the usual sense. There is no pool or spa, no Las Vegas-type shows and no gambling, other than with your life if you're not careful on the wet outdoor passageways and decks.

Adventure Life, the tour operator that invited me on this trip, calls this an "expedition cruise." That means that besides the limited amenities, the ship is small enough (about 70 passengers) to get into bays, fjords, and other places that larger ships cannot. It also means that on the two plus day crossing of the Drake Passage, the body of water between the southernmost tip of South America and the Antarctic Peninsula, the ship bounces around on the waves a lot more than larger, more stable ships.

Throughout the Passage, which is legendary for its bad weather and rough seas, our ship rocked side to side on the waves while crashing dishes and occasional retching provided the soundtrack. For those passengers susceptible to sea sickness, it was pure misery. I didn't get sick (wearing a sea sickness patch helped) so I thought the crossing was exciting. I did pick up a couple of bruises, though, from bouncing off the walls.

So why travel so far to get to Antarctica, pay so much money and put up with so much potential discomfort?

Once we got there, the answer was as clear as the crisp, fresh polar air. For more than four days, we cruised through a vast wonderland of water, rocks and ice between the South Shetland Islands and the Antarctic Peninsula. The mountains and ridges looked like a huge dessert of whipped, spiky, vanilla meringue. An infinity of shapes, sizes, and textures surrounded us. Pieces of ice ranging in size from ice cubes to buildings floated by. 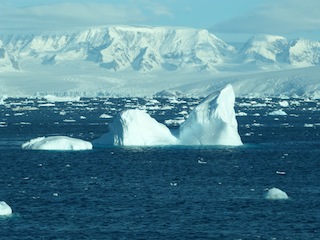 The sun sparkled off everything. When it was out, which was most of the time, the colors were as intense and vivid as anything I have ever seen -- mostly pure, bright white and varying shades of blue, from sky to cobalt. 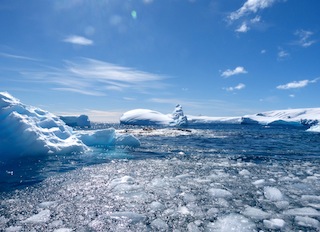 When it was overcast, the palate turned vaguely ominous in muted and otherworldly tints of silver, grey and black.

For comic relief we had penguins doing imitations of Charlie Chaplin. You can have your YouTube videos of kittens, puppies and babies. In my opinion, these endearing creatures win the Super Bowl of cute, hands down. Many of my favorite photos from the trip are of penguins waddling, diving, hanging out, and, yes, having sex. 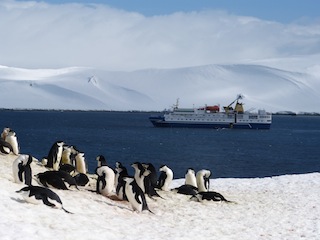 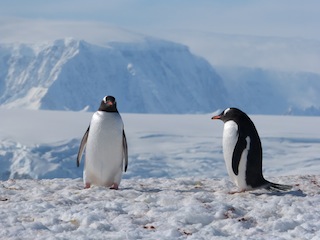 At least twice a day we climbed into the Zodiacs to visit penguin colonies and old whaling stations or take a sweaty slog through the snow up a hill for breathtaking views, then slide down on our butts. We also went on a couple of Zodiac cruises to get up close views of ice bergs and seals napping on floes and to pluck small chunks of ice out of the water for our evening cocktails. 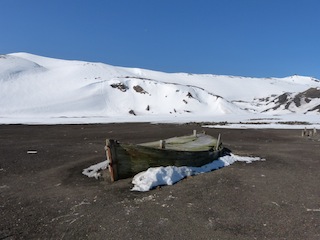 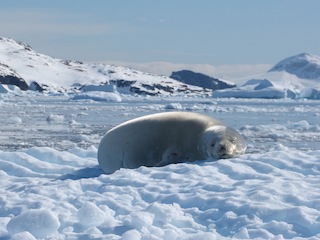 But my favorite activity of all was a two hour kayak through a sea of icebergs and bergy bits (small bergs) in the aptly named Paradise Harbour. The views from the kayak were the most spectacular of the trip, especially facing the gigantic amphitheater of snow and of ice at the foot of the mountains. 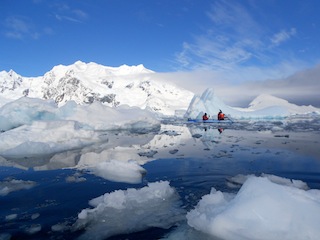 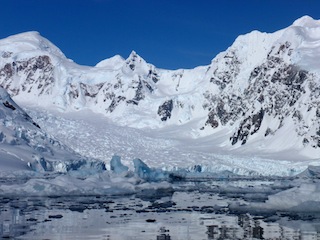 So, back to my original question: Why travel so far to get to Antarctica, pay so much money and put up with so much potential discomfort?

One reason is its raw, pristine beauty. Antarctica can only be described in superlatives. The colors are more vivid, vistas more dramatic, and feelings of awe more awesome. This is not a place of man but of the gods. In Antarctica you can see things and have experiences you can't have anywhere else in the world.

But for me, the most important reason is what I can only call a connection with the infinite. I am not a very spiritual person. I've tried meditation and fallen asleep, and I've tried going to temple on the High Holy Days to similar effect. But Antarctica is where I sense that I am part of something bigger and enduring outside the confines of my own head.

It's a cliché to talk about feeling small, humble and insignificant in the presence of wild, untouched nature. I have used that cliché often myself, always sincerely. But in Antarctica it is writ large in every way possible. I am not sure if I will have the opportunity for a third visit, but if I do, I will jump at the chance..... and make sure to stock up on sea sickness patches before I go.

(for more information and photos, go to Don's blog on his website; for a description of his earlier trip to Antarctica see his national Geographic book, "Riding the Hulahula to the Arctic Ocean")