The way led down a paved road, then another mile on a rough road past a farmhouse, and finally off the road altogether along a rutted lane that disappeared into the woods. Two turnings later the path stopped in a forest clearing. Two men, one the head of the local veterans' association, the other whose family lived on the farm in 1944, led two other men deep into the forest, over fallen logs and through thick underbrush, stopping beneath a canopy of beeches, where one said 'Il était ici.' 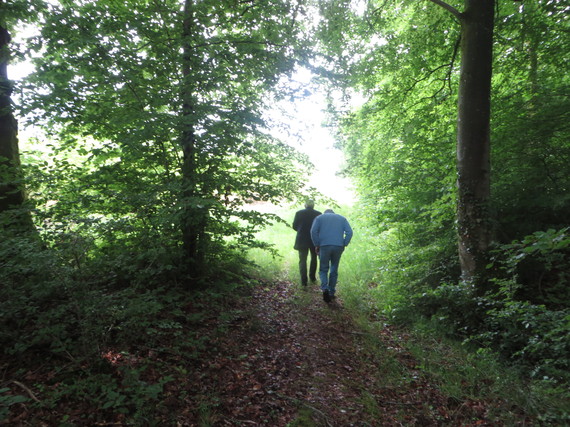 With that, Keith Kisner had come to the place where his uncle died in February, 1944, shot down in a B-17 over eastern France. Keith knelt, prayed, and placed Texas and American flags in the forest, and remembered his uncle, Sergeant Zeb Kisner, a 19-year-old who died in World War II.

Touching the past is important in order to understand from whence we came and who we are. Web-based ancestral searches and government data bases put at our fingertips the quest for names and places. It took just four Google searches of Sergeant Kisner's name to find not only his aircraft number and date of loss but even the location and name of the farm where he fell to his death. Thereafter, one email and a telephone call to a nearby French tourist office led to a French veterans' association that would help find the farm and the family who had lived there. At this point it was no longer a question of whether it was possible to find Keith's uncle; it now was a question of honoring the pledge to remember him.

Thomas Graves, Jr., the author's uncle, was an infantry private in World War I. He died in battle one month before the armistice of November 11, 1918, in an infantry attack against a machine gun nest near the village cemetery of St. Étienne á Arnes, near Reims, France. The way there led past ancient German trenches and across open land. The difficulty was not in finding precisely where he died but in walking into a field of ripening barley to kneel, sift earth through fingers, stare across the flat landscape, and try to imagine the courage it must have taken to attempt to cut barbed wire while under machine gun fire, and to die. Private Graves and the men who died with him were buried in the same village cemetery that they had been ordered to capture. Another hero, another American and Texas flag in the bruised soil of France.

Sergeant Kisner and Private Graves had more in common than dying for the United States, in France, in world wars. They were not married men. They had no children to follow in their steps. No obituaries of their lives or deeds have been found. Their names were rarely mentioned, if at all, by the brothers and sisters they left behind, as if talking about them would be too painful. But, if no one spoke of them, who would remember them? In their cases, they had one more thing in common, nephews, Keith and this author, best friends who, upon realizing these shared pasts, committed to find where they died and to learn their stories.

The quest for meaning in life is primal; no one wants to be forgotten. The faint traces of bloody palm prints on caves that house the bones of ancient combatants say to the ages that "It was here I died." Letters to loved ones, written before battle and buttoned into pockets, are the palm prints of modern war. In turn, to give meaning to lives sacrificed means that we mustn't let them be forgotten. Finding Sergeant Kisner's and Private Graves' last places on earth meant that they would be remembered.

The final stop on this journey to remember them was the Meuse-Argonne American Military Cemetery in Romagne, France, where Private Graves and those who died with him were reburied in 1920. It is the largest American military cemetery in Europe, and the least visited. It is serene and quiet, set amidst linden trees with the cool breezes of eastern France that gently recall Horace's line "Dulce et decorum pro patrie mori. It is sweet and right to die for one's country." 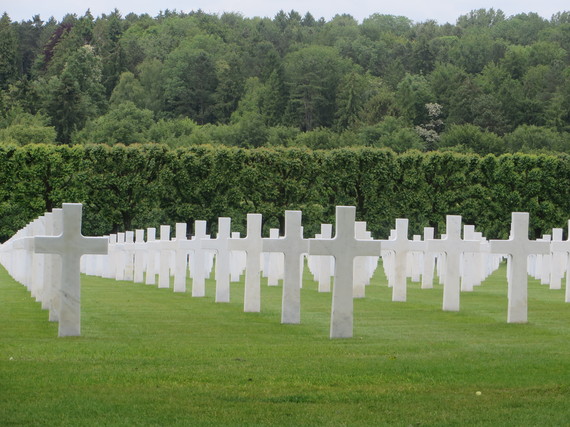 This journey to give thanks for their service cost us far less than Sergeant Kisner and Private Graves paid to render it. The catch in the throat, the whispered words 'My God, how did they do it?' will remain long after the memory of the journey has faded. In some humbling way kneeling, touching the ground they touched, planting their flags and giving thanks for them was a healing experience.

It was right, and sweet, to remember them. Their past now is with us.

Author, 'A Novel Approach: (To Writing Your First Book, or Your Best One)'